Daenerys Targaryen (played by Emilia Clarke) didn’t have the best of luck when it came to romance in Game of Thrones.

The Mother of Dragons watched husband Drogo (Jason Momoa) die while Jon Snow (Kit Harington) stabbed her in the stomach.

However, it seems Daenerys was warned she would be murdered before she could sit on the Iron Throne way back when she was in Mereen.

Thinking about her betrayals after it was revealed Ser Jorah Mormont (Iain Glenn) had originally planned to help kill her, she heard a warning.

Reddit user Endcity23 pointed out in A Dance With Dragons, George R.R. Martin dropped his biggest clue yet Daenerys would be betrayed by a member of the Stark family.

They pointed out: “A wolf howls in the distance when Dany thinks about her betrayals. It makes her sad and lonely but none the less (power) hungry.”

The extract from the novel reads: “She had made Hizdahr her king, taken him into her bed, opened the fighting pits for him, he had no reason to want her dead.

“Yet who else could it have been? Reznak, her perfumed seneschal? The Yunkai’i? The Sons of the Harpy?

“Off in the distance, a wolf howled. The sound made her feel sad and lonely, but no less hungry.

“As the moon rose above the grasslands, Dany slipped at last into a restless sleep.” 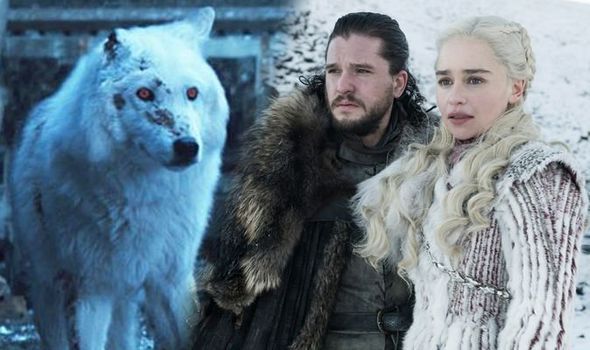 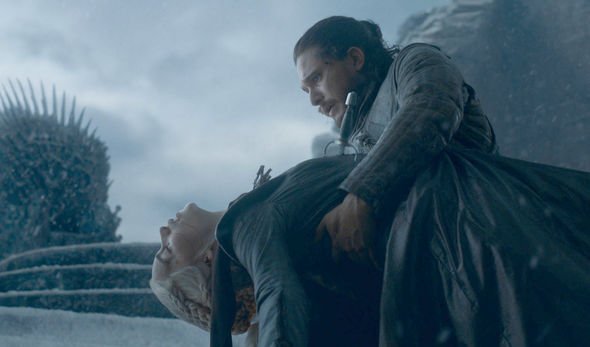 Fans of the show know Jon was never far from his direwolf Ghost with the pair almost inseparable until the final series.

Could the wolf Daenerys heard be a hint Jon would be the one who betrayed her stopping her from getting what she had wanted for so long?

Jon knew Daenerys could not be given the chance to rule Westeros after she watched her burn King’s Landing to the ground.

As a result he made the controversial decision to kill her so someone more trustworthy could take the Iron Throne and rule the Seven Kingdoms?

Meanwhile, it seems there was another clue Jon would kill Daenerys given by his uncle Ned Stark (Sean Bean).

The Redditor pointed out Ned’s rule that whoever passes the sentence must swing the sword in A Dance With Dragons. 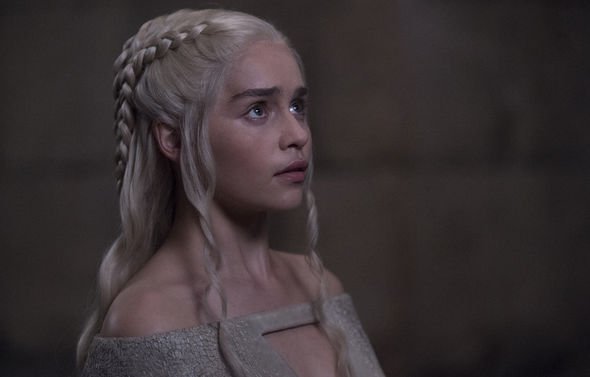 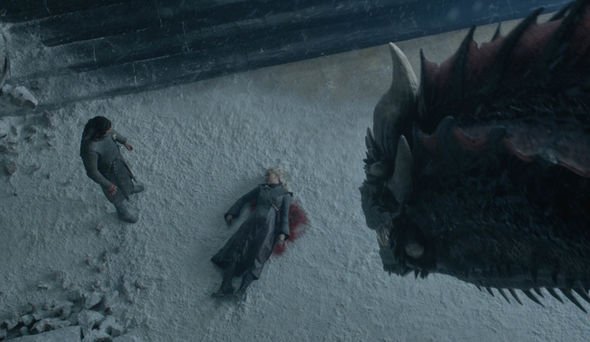 Did he hint because Jon decided Daenerys could not be allowed to rule, he had to be the one to end her life.

The extract reads: “‘Daenerys Targaryen has wed some Dothraki horselord. What of it? Shall we send her a wedding gift?’

“The king frowned. ‘A knife, perhaps. A good sharp one, and a bold man to wield it.’

“Ned had heard enough. ‘You send hired knives to kill a fourteen-year-old girl and still quibble about honor?’ He pushed back his chair and stood.

“‘Do it yourself, Robert. The man who passes the sentence should swing the sword. Look her in the eyes before you kill her. See her tears, hear her last words. You owe her that much at least.’”

24 Jan 20
Since the dawn of film, music has always been an essential component. A director’s use…
TV & Movies
0