Game of Thrones’ final season was full of revelations for Jon Snow (played by Kit Harington) as he learned his true parentage and fell for Daenerys Targaryen (Emilia Clarke).

While the pair were devoted to one another, Daenerys was fearful Jon would take the Iron Throne from her and destroyed King’s Landing to make sure the civilians feared her.

However, Jon was shocked by her behaviour and killed her to ensure the safety of those in Westeros thus leading to him being sent to The Wall.

Now, one fan appears to have uncovered a huge clue hinting at how Jon’s story would end with him back at the Night’s Watch after fighting the Night King (Vladimir Furdik) and the army of the dead.

Reddit user nihilism_is_nothing explained how in A Storm of Swords, Jon has a dream following Ygritte’s (Rose Leslie) where he is back at Winterfell and the end of his story appears to be revealed.

He finds himself in the crypts and the dead Starks tell him he’s not part of the family and he should leave Winterfell behind.

The chapter from the book reads: “You are no Stark, he could hear them mutter, in heavy granite voices.

“There is no place for you here. Go away. He walked deeper into the darkness. ‘Father?’ he called. ‘Bran? Rickon?’ No one answered.

“A chill wind was blowing on his neck. ‘Uncle?’ he called. ‘Uncle Benjen? Father? Please, Father, help me.’ Up above he heard drums.

“They are feasting in the Great Hall, but I am not welcome there. I am no Stark, and this is not my place. His crutch slipped and he fell to his knees.” 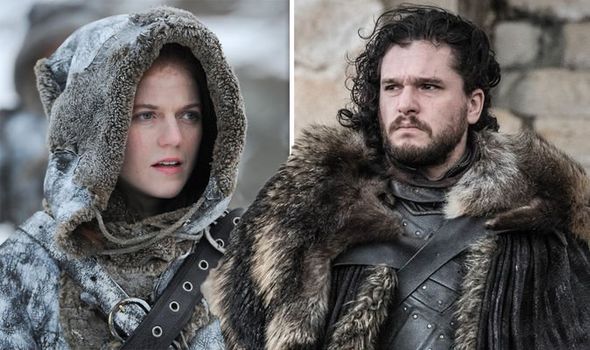 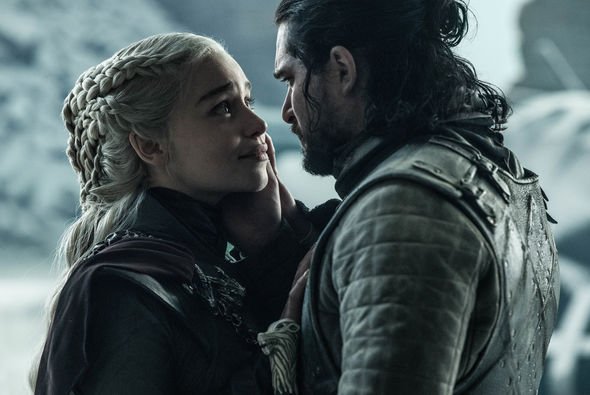 The passage goes on to see Jon calling out to Ygritte, begging the wildling to forgive him for his betrayal.

But he is met with only silence and a grey direwolf, which appears to be Bran’s wolf Summer.

Fans will note it was Bran show learned of Jon’s true parentage as the Three-Eyed Raven so it’s not surprising it was Summer who met him in the crypts.

The crypts are also the same place Jon revealed to Daenerys he was not a Stark but in fact a Targaryen before they both went into battle with the Night King.

The Reddit user remarked there are also parallels between Ygritte and Daenerys’ death and the guilt Jon feels over how they both died. 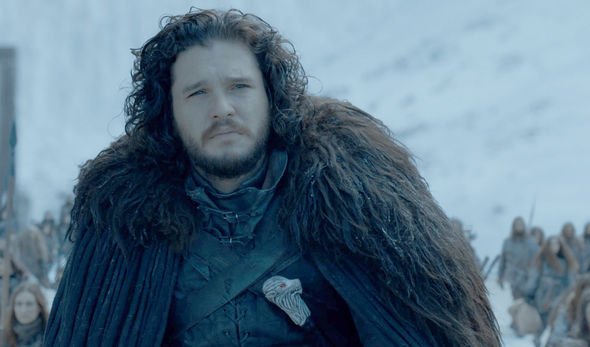 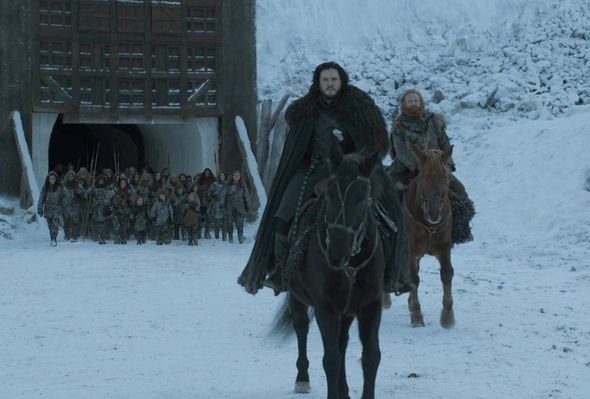 They added they believed Bran’s direwolf meeting him also represented how the King of Westeros decides what happens to Jon in the finale.

Bran watched his father Ned (Sean Bean) dish out justice in the first ever episode when a deserter is executed while in the finale, the King deals out justice by sending Jon to the Night’s Watch.

Another fan agreed, with Redactor NearbyWolf theorising: “Ygritte can potentially be Dany, while it’s Bran’s wolf that judges him (who will be king), a stark judging someone from the Nightswatch, which parallels the beginning of A Game of Thrones.”

However, another said they believed the light in the crypts going out in Jon’s dream revealed his death.

Zashiki_pepparkakor wrote: “I saw this as foreshadowing that Jon won’t be king or stay in Winterfell but probably die beyond the wall.” 17 May 21
Relationships can be tricky, and usually none more so than with in-laws. That's something Andrei…
TV & Movies
0