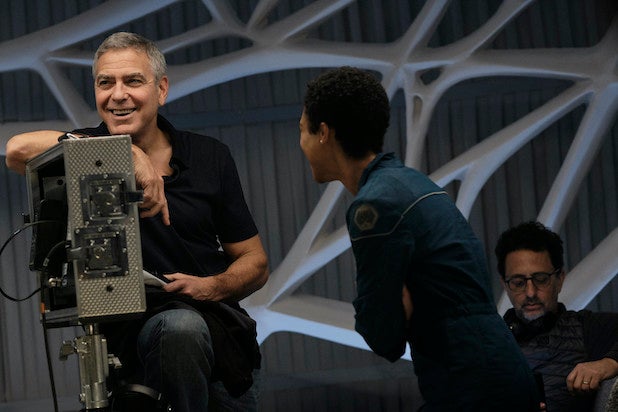 Clooney, whose most recent film is the Netflix sci-fi drama “The Midnight Sky,” will receive the award during a virtual ceremony on April 17. He is the 16th filmmaker to receive the award, with previous winners including Steven Spielberg, Jonathan Demme, Taylor Hackford, Quentin Tarantino, and Richard Linklater.

“George embodies a strength of character that not only shows in the integrity and preeminence of his works but in the way he regards and is regarded by his creative teams and collaborators,” said CAS president Karol Urban in a statement. “In such a time of uncertainty, his hardworking, innovative, and generous demeanor and body of exceptional films and television projects makes him an especially exemplary filmmaker for 2020.”

Clooney both directed and starred in “The Midnight Sky,” which takes place partly in the Arctic region of a dying Earth and partly on a spaceship returning home after a trip to a moon of Jupiter. His previous films as a director include “Good Night and Good Luck,” “The Idea of March,” “The Monuments Men” and “Confessions of a Dangerous Mind.” He has been nominated for Academy Awards in a record six different categories: Best Actor, Best Supporting Actor, Best Director, Best Original Screenplay, Best Adapted Screenplay and Best Picture.

Nomination voting for the CAS Awards began on Feb. 11 and ends on Feb. 24. Nominations will be announced on March 2.