The two ‘Ocean’s Eleven’ co-stars and longtime best pals have been spotted on set in New York City to film their upcoming Apple thriller that hails from writer-director Jon Watts.

AceShowbiz -Forget Matt Damon and Ben Affleck. Another fan-favorite Hollywood duo, Brad Pitt and George Clooney, are in town and there will be a lot more sightings of them as they are currently working on a new movie together.

Pitt and Clooney are reuniting onscreen for their upcoming Apple thriller “Wolves“. They were spotted for the first time on the set in New York City on Tuesday, January 24, walking around the Harlem neighborhood. 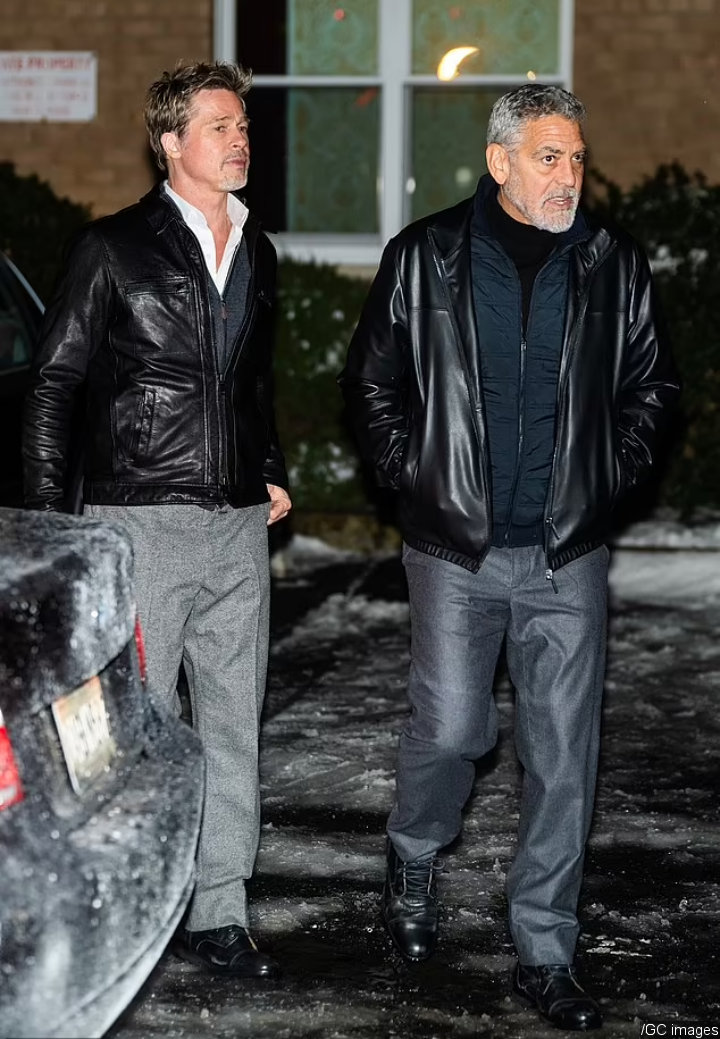 For the night shooting, the longtime best buddies were twinning in black leather jackets. Pitt wore his jacket over a white button down shirt and gray fleece zip-up, which he teamed with light gray pants and black shoes. He also rocked a gold ring and sported his shorter do, which he debuted at the 2023 Golden Globe Awards earlier this month. He carried a bottle of drink to keep him energized in between takes.

As for Clooney, he stepped out in a black shirt under a blue sweater and a black leather jacket for his night on the set. He completed his look with gray dress pants and black dress shoes similar to his co-star Pitt’s look.

“Wolves” centers on two lone wolf fixers assigned to the same job. The two actors have been attached to star since September 2021 and produce via their respective production labels, Smokehouse Pictures and Plan B Entertainment.

Jon Watts is writing and directing the thriller in addition to serving as producer. Apple nabbed the movie after a bidding war with the likes of Sony, Netflix and Lionsgate also vying for rights to the package.

Pitt and Clooney previously starred together in “Ocean’s Eleven” (2001) and its two sequels, “Ocean’s Twelve” (2004) and “Ocean’s Thirteen” (2007). The duo reunited a year later in “Burn After Reading“. “Wolves” marks the first project that reunites the stars together since the 2008 movie.