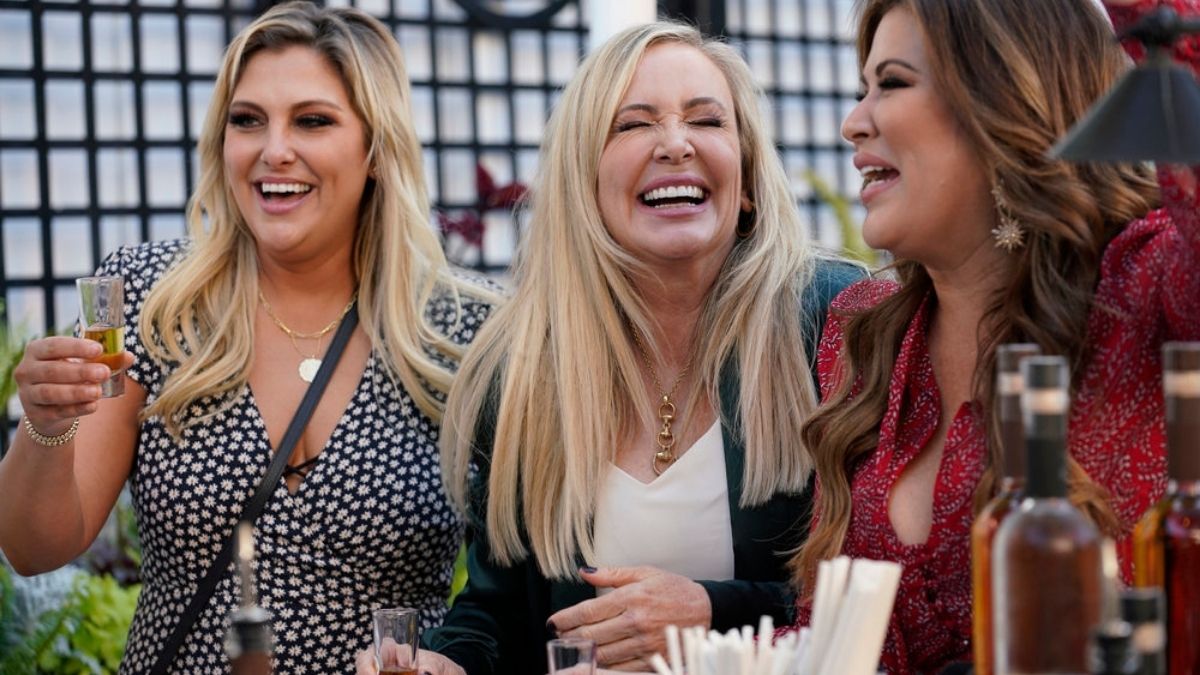 Gina Kirschenheiter is weighing in her pick for best and worst dress Real Housewives of Orange County castmate.

Unlike Beverly Hills, Atlanta and the newly premiered Salt Lake City franchises, the Orange County women are not particularly known for their keen sense of fashion.

That’s not to say the women aren’t stylish in their own right.

But when compared to the high-priced designer labels often being touted by the other Bravo Housewives shows, Orange County hardly compares.

Some of the women rank a lot higher on the fashion meter than others, and now, Gina Kirschenheiter is ranking her cast members from best to worst.

According to Gina, that is indeed the case.

During a recent chat with Us Weekly, the 36-year-old gave her controversial co-star Kelly Dodd the coveted title of “best dressed” Orange County alum.

“I think Kelly is the best dressed, honestly,” said Gina, while playing a game of Candlelight Confessions.

And in case you’re wondering who she thinks is the worst dressed person in the bunch, well Gina gave herself that title.

The mom-of-three continued to explain her less than stellar fashion choices admitting, “I’m just gonna not really brush my hair and put a sweater on and go, you know? This is what it is.”

Who’s the best Housewife of all time?

During the game, the New York native was also asked a very hard question.

Having to choose the best Housewife of all time, it didn’t take Gina very long to name her former castmate, Tamra Judge.

“I’m going with Tamra,” responded Gina. “People say what they will, but man, she had a good run. She was very entertaining for a very long time, and she looked amazing while doing it the whole time, you know? So, I’m definitely going with Tamra.”

Kirschenheiter was also asked a hypothetical question about which housewife she would trust to break her out of jail.

And the answer was easy, her friend Emily Simpson, who also happens to be a lawyer. It’s the obvious choice really!

But there’s another reason Gina named the brunette beauty, saying, “She could be my attorney and she would actually have the money to bail me out.”