ABC’s Good Morning America was clearly poised to lead off its morning-after Oscar coverage with the traditional feel-good moments of winners’ speeches and surprise triumphs, but instead the hosts offered a dour account of what no doubt will go down as one of the most shocking moments in Academy Award history.

“Something that we’ve never seen before,” said GMA co-host George Stephanopoulos introducing the morning’s first segment about the ABC Oscar broadcast. “Something that is very hard to process: Will Smith, walking up on to that stage after Chris Rock told a joke about his wife, simply assaulting Chris Rock. He hit him, cold-cocked him after that joke. Chris Rock composed himself, got it back together and gave out the award…”

After noting that Rock did not file criminal charges, co-host Robin Roberts said, “But it changed the entire night. It was a wonderful night of firsts and all that…”

GMA‘s Oscar correspondent T.J. Holmes then picked up the coverage, speaking live from the new Oscar museum. “Robin,  this was awful. It was ugly, it was embarrassing, it was confusing.”

“On a night where this entire production, the entire Oscar show was done for the first time by an all-Black producing team, here we are leading off the show and the story of the morning is about one man assaulting another on the Oscar stage.”

From there, GMA showed a quick taped segment on the incident, with Holmes reporting in voice-over as clips from last night were shown. “Will Smith slapped Chris Rock on stage at the Oscars, the tense moment happening just seconds after Rock made this joke about Smith’s wife shaved head: ‘G.I. Jane 2, can’t wait to see it.’ You can see Jada roll her eyes and Smith seem to laugh it off but then gets up on stage.”

GMA then aired footage that was censored on ABC’s broadcast: Smith yelling, twice, “Keep my wife’s name out your f*cking mouth.”

The morning show then aired Smith’s teary acceptance speech after winning the Oscar for King Richard, noting that the actor’s apologies did not include one to Rock.

“Jada has been candid about her struggle with hair loss due to a condition called alopecia,” Holmes said, “ultimately deciding to shave her head.” GMA showed an Instagram clip of Pinkett-Smith discussing her decision.

Following the taped segment, Holmes said, “This was awful, unfortunate and out of character behavior from Will Smith who we’ve all spent a whole lot of time with over the years.”

“No excuse for violence,” Stephanopoulos then said, with Robin Roberts adding, “No, none.”

Watch most of the GMA segment below. 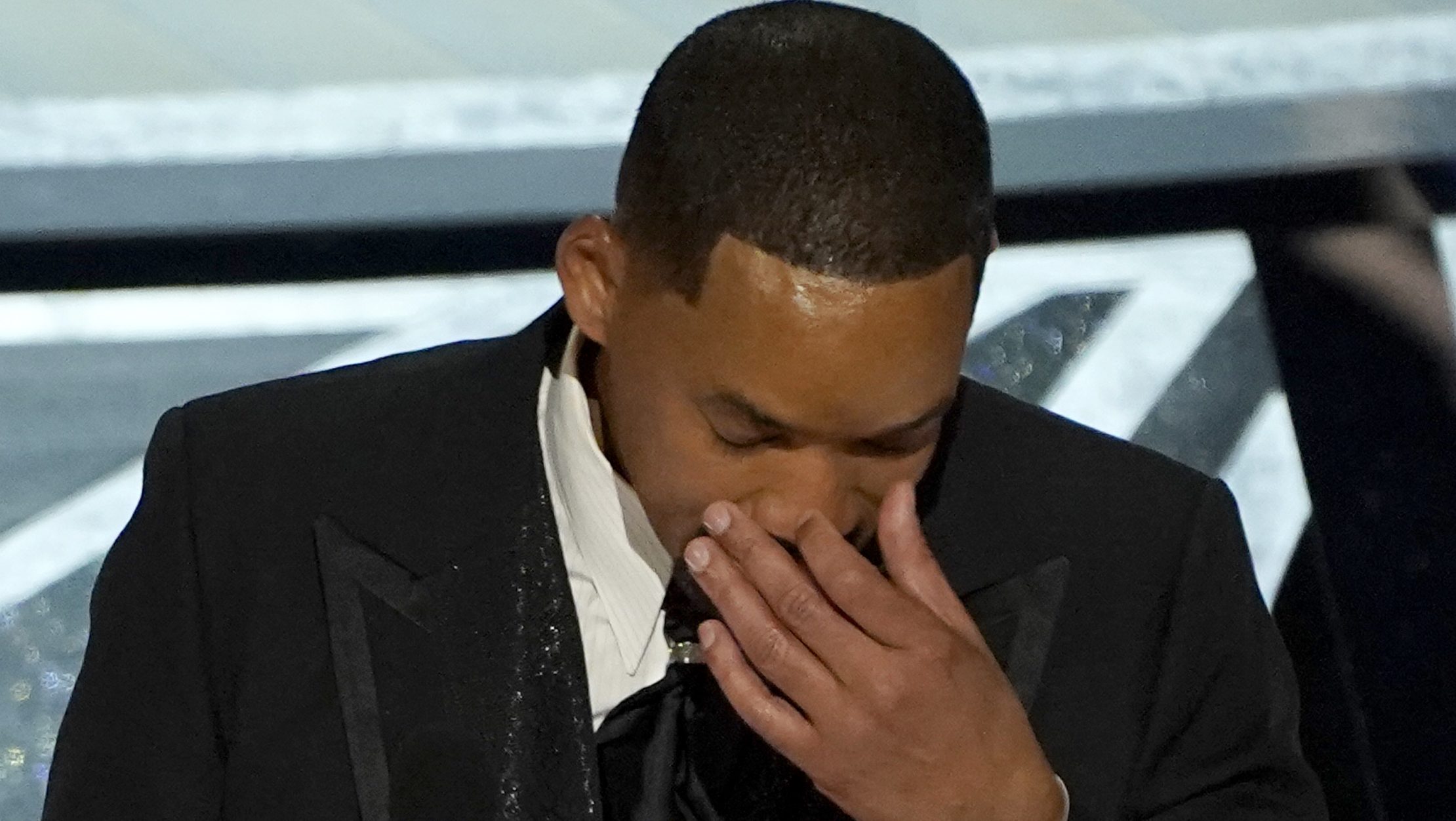 23 Mar 21
Chip and Joanna Gaines are one of the most fascinating couples on TV, gaining fame…
TV & Movies
0