GOOD Morning Britain's weather presenter Laura Tobin has been left in shock after being interrupted by a "drunk" weatherman on air.

The TV presenter headed to the Nordkette mountain in Innsbruck, Austria, to present the weather live from the top of the natural park. 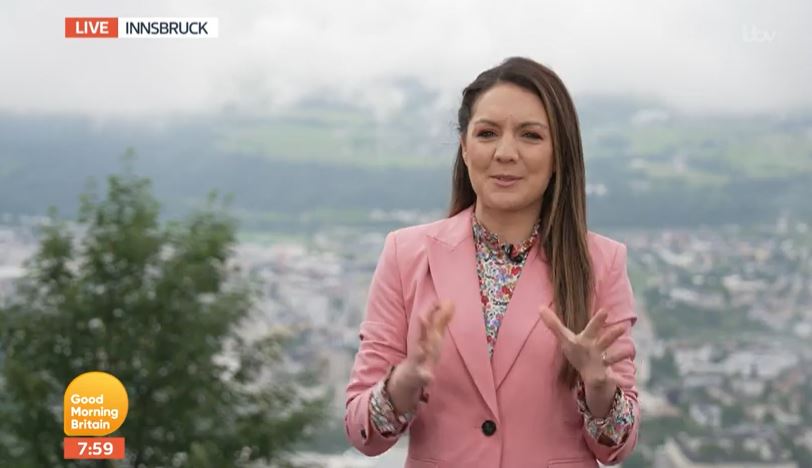 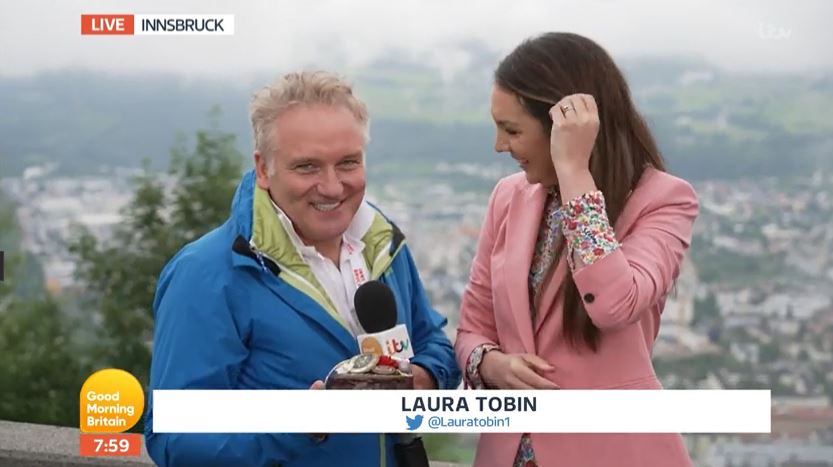 Laura, 40, was joined by a number of weather presenters from all over the world for the annual International Weather Summit.

The meteorologist and 30 other presenters from 20 channels all broadcasted the weather live from the spot at the same time.

However, every time Laura attempted to appear by live video-link to the studio in London, she was interrupted by other weather stars.

She was left laughing as one Polish weatherman burst into song as she spoke to hosts Kate Garraway and Ben Shephard. 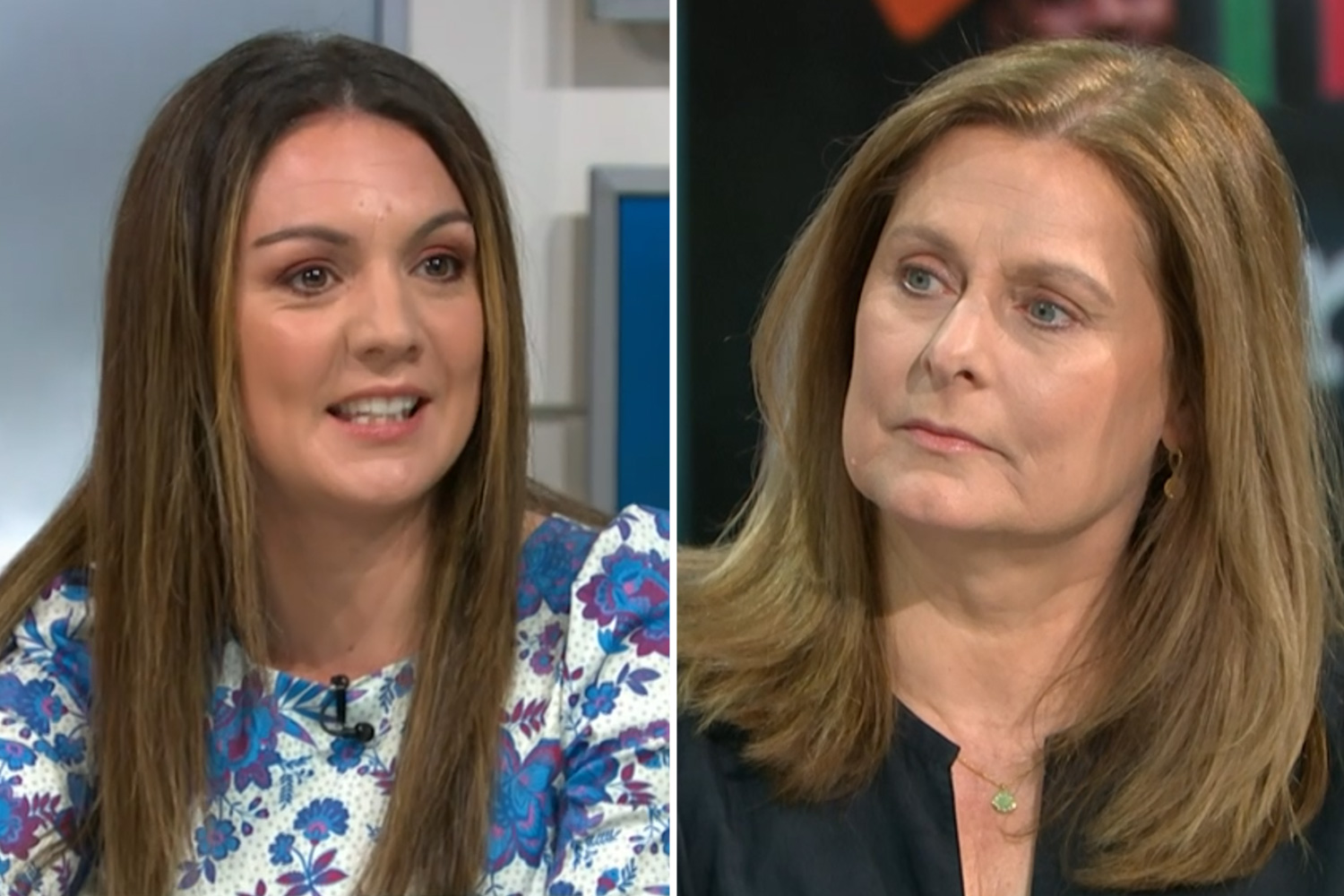 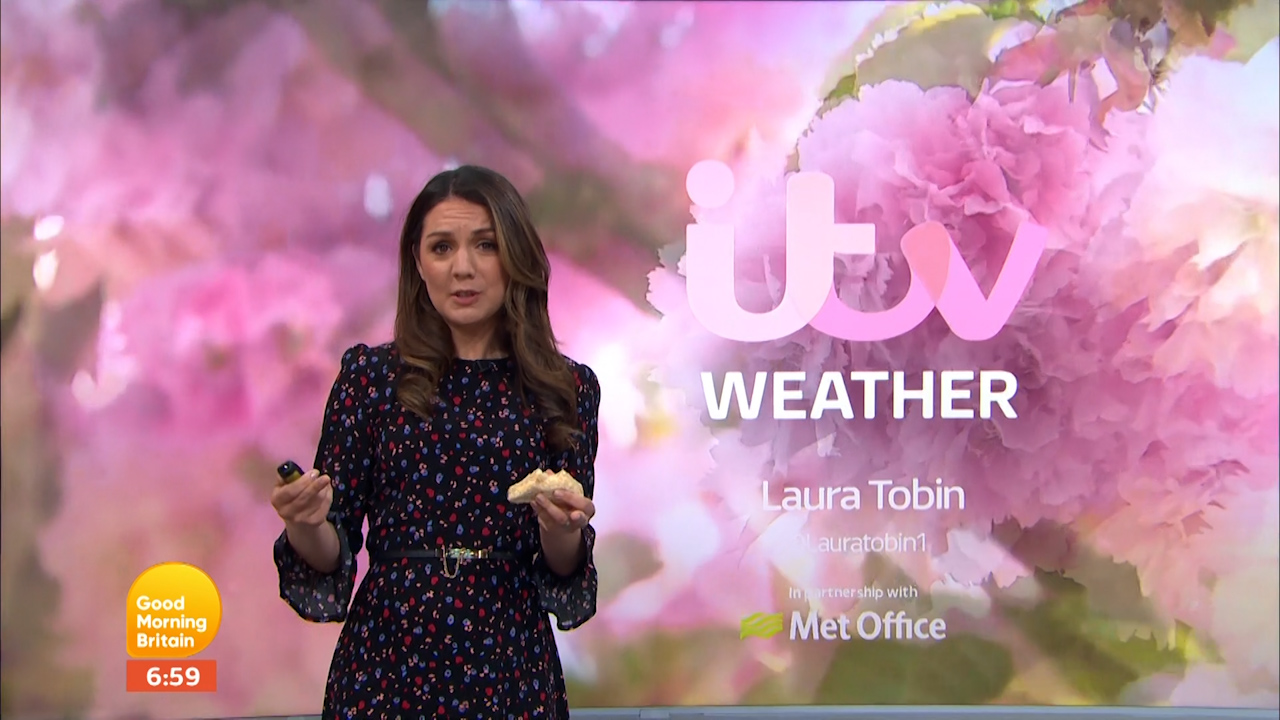 Later in the show, she was interrupted by the Austrian weatherman, who tried to offer her up a slice of cake during her segment.

"I'm bringing you the traditional Austrian cake called Sacher Torte," he said towards Laura excitedly, before she ushered him off the screen.

Fans at home were left baffled by the turn of events, as they took to Twitter to speculate that the group of presenters were "drunk".

"That Polish weatherman is clearly drunk," one said, as a second chimed in: "The Austrian weather guy is p***ed."

I spent thousands prepping for Love Island – here’s what I got, says former star

"I'm loving the other European weather presenters in Innsbruck – I want to go to their after party! They look fun!" a third joked.

Elsewhere, fans also fumed about how Laura had been jetted out to Austria – for a summit discussing combatting climate change.

Some viewers felt it was "ridiculous" to have jetted the European presenters to Austria, rather than have them stay at home.

"So it's OK for the weather presenters to fly around the world and then preach about climate change?" one said.

As a second hit out: "If they care about climate change, why have they travelled to Innsbruck to tell us the weather in the UK?"

It comes after Laura got caught eating during a live link on Good Morning Britain as she presented the weather.

Laura had a plate of sandwiches on the GMB weather desk, and she got caught mid-mouthful as viewers saw her chomping down.

27 Nov 20
We will use your email address only for sending you newsletters. Please see our Privacy…
TV & Movies
0