Tyler Cameron and Hannah Brown surprised fans this week as they released a new video for their YouTube channels.

It’s no secret that Tyler and Hannah have a strong connection from The Bachelorette as he was about to propose to her.

However, Hannah chose Jed Wyatt and the two got engaged. Tyler was heartbroken and he wasn’t exactly eager to get busy with Hannah once she dumped Jed.

Fans wanted answers for months as to their relationship, especially since they spent time together in quarantine.

When they finally got answers, Hannah and Tyler shared that nothing happened in quarantine and the two had to leave at times to get some space.

Based on this new video, it seems that they are definitely social and cordial with one another. They can now chat about the past and laugh about their experiences on The Bachelorette.

@bachelornationdaily shared a screenshot of the video, writing that Tyler and Hannah were too much together, adding laughing crying emojis. 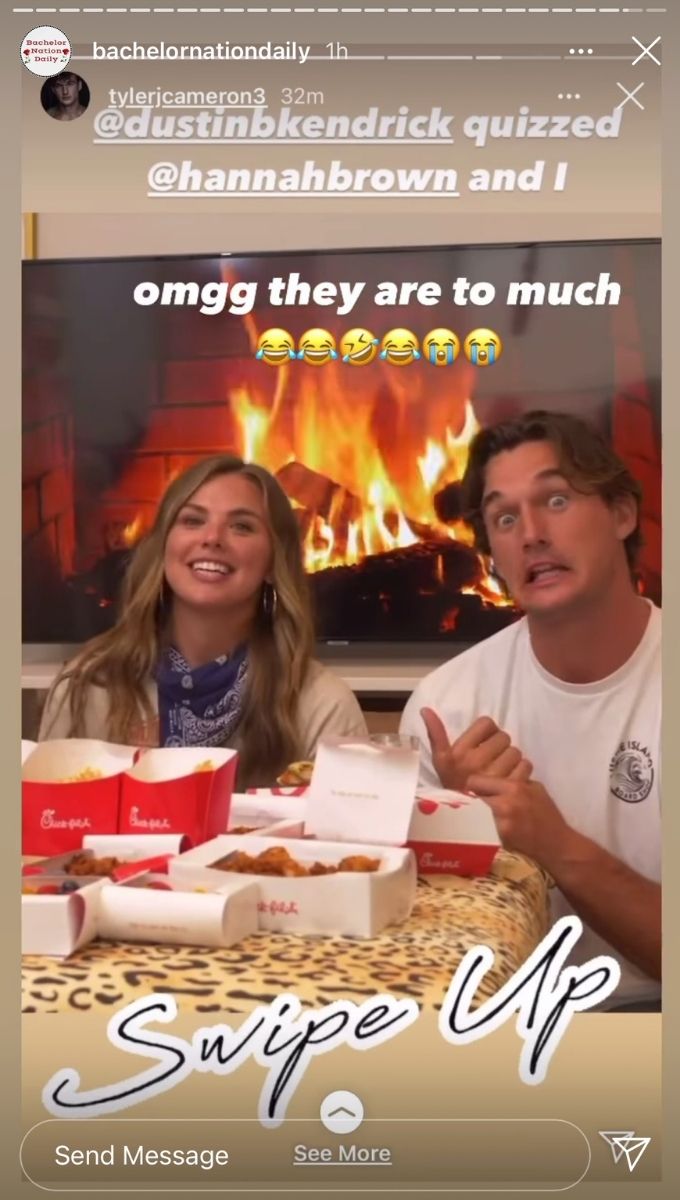 The video starts with Hannah picking up Tyler in Los Angeles. Then, they go pick up a bunch of Chick-fil-A. They wanted to eat a bunch of food and then talk about The Bachelorette. Dustin Kendrick, one of the guys who competed on The Bachelorette, also joined them for this video.

Dustin asks them questions about their first impressions of one another and he asks them to point out qualities they like in one another.

This video was filmed earlier this summer when Tyler was in Los Angeles to visit Hannah. The two did not get together again recently to film this video.

You can watch the video below.

Tyler Cameron and Hannah Brown said nothing happened between them

Even though The Bachelorette fans still want Tyler and Hannah to date and rekindle the romance, it appears they are doing better as friends.

This video isn’t a sign to fans that they are rekindling their romance. Since they have worked on their issues, Hannah has been open about her feelings.

Hannah has revealed that she didn’t like herself after The Bachelorette and Dancing With The Stars. She admitted that the spotlight and fame changed her. Now, she’s working on finding the old Hannah again.

After their last video, Hannah reflected on her troublesome and complicated relationships. However, she never said her posts were about Tyler.

The Bachelorette airs Tuesdays at 8/7c on ABC.