Rick Astley is still never gonna give you up, or let you down, but now in startling clarity. 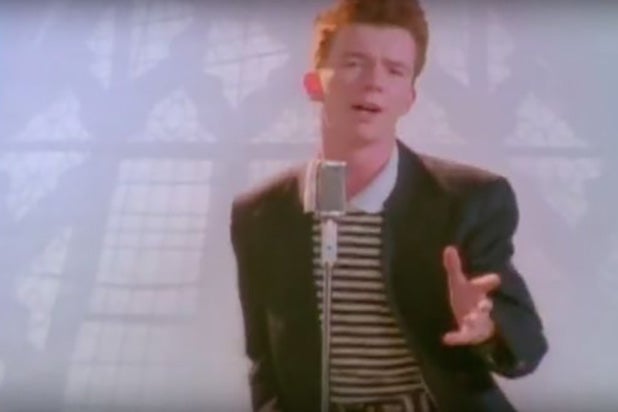 Lent has officially begun, and so return the Rick Astley jokes. As always, he’s never gonna give you up. But this year, the ’80s superstar has re-emerged to Rick-roll people in ultra-high definition.

The video for Astley’s hit “Never Gonna Give You Up” has been remastered into a crisp 4K, 60 FPS video, making the 1987 hit appear as though it was filmed in a socially distanced 2021.

Watch the super clear version below:

The video itself was posted on January 31st, but is finding new traction with the beginning of lent on Wednesday, leading the English singer to start trending on Twitter early Thursday.

And fans are freaking out over a crystal clear, young Astley.

The official video for the 1987 hit on YouTube has pulled in nearly 900 million views since being uploaded in October 2009, thanks to the proliferation of “Rick-rolling,” an internet bait-and-switch prank based on the unexpected appearance of the video and/or lyrics to the song.

For comparison, here’s the original video:

Even Rick Astley himself has fallen victim to Rick-rolling, thanks to a Reddit user last year. The singer hopped onto the site, under the username u/ReallyRickAstley, to share an old photo from his first-ever tour that he found while quarantining during COVID-19 lockdowns. He stuck around for an impromptu Q&A, chatting with fans about whatever struck their fancy.

It was during that time that a fan claimed they had met Astley backstage when they were 12, posting a link assumed to be a photo of the encounter. Instead, Astley was Rick-rolled and taken to his own video.

Now, the new video has some fans re-evaluating their opinion of Rick-rolling in general.

As of this writing, the new version of the “Never Gonna Give You Up” video had amassed nearly 70 thousand views on YouTube. Rick Astley himself had not publicly acknowledged the video, and could not be reached for comment.

In December, a woman who used to work for New York Governor Andrew Cuomo came out and told her story.... While they participated in the revival, they didn't do it from the infamous loft. This is the true story of...