TCA 2019: “Essentially what they’re getting is a panel of experts for a problem that they can’t resolve,” Curry says 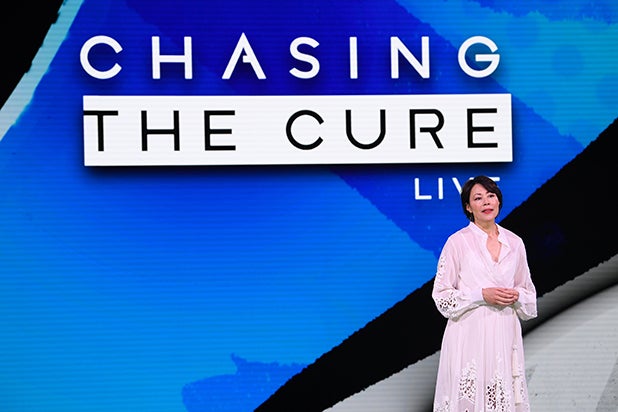 The 90-minute show, which will air live on TNT and TBS and stream online, will introduce patients whose mysterious illnesses have stumped their doctors, allowing a panel of experts and viewers at home to suggest potential reasons for their symptoms, new avenues of testing to try or even possible cures.

“We are not their doctors,” Curry said at the Television Critics Association press tour on Wednesday. “They have their own medical doctors, or primary care physicians, if they don’t have a doctor, we have to sort of deal with that challenge. But essentially what they’re getting is a panel of experts for a problem that they can’t resolve. And they can take their advice or not.”

In some cases, the show will connect patients to specialists, but audiences won’t see them actually receive medical treatment.

“They have come to us asking for help,” Curry said. “We’re dealing with people who are saying ‘I can’t find any answers. I need some help.’ And we’re exposing them to the highest level of doctors.”

“Part of it is being able to offer care in their hometowns,” said showrunner and NBC News alum Kim Bondy, adding that the project has already fielded offers from doctors and institutions across the country willing to offer their services.

“Chasing the Cure” has also established a website where patients can upload their case files and field responses from other users, even if they don’t make it on the show. Curry said she expects the “vast majority” of cases to be handled this way.

“When you expose them to a lot of people, there’s a greater chance that they will be able to see what will make them feel better,” Curry said. “I think we are each other’s greatest resource, and we have been since the beginning of humankind.”

“We can remind each other that we’re not alone,” she continued. “That we can contribute to someone’s health and happiness even though I don’t know you. Even though I’ve never been to your state … We’re already seeing this happen on our website.”

“Chasing the Cure” premieres August 8 on TNT and TBS. 12 Feb 21
During The Real Housewives of Potomac season 5 reunion, Monique Samuels shocked viewers by pulling out a…
TV & Movies
0