His Dark Materials season two airing is on BBC One and HBO, and the new series follows Lyra Belacqua (played by Dafne Keen) and Will Parry (Amir Wilson) after they meet at the City in the Sky. Lyra has had to learn to trust Will after she was deceived by her own father, Lord Asriel (James McAvoy), and he agrees to help her discover more about dust. Dr Mary Malone is a new character who will help Lyra find out about dark matter, and Express.co.uk has everything you need to know about the actress, Simone Kirby, who plays her.

Dr Malone is one of the new additions to season two, and she is a university professor from Will’s world, teaching at Oxford.

She specialises in dark matter and has a fascination with the subject, and Lyra’s Alethiometer tells her Dr Malone will help her find answers.

Mary Malone is a highly intelligent character who does not shy away from the unknown, and anything is possible when it comes to discovering more about dust.

The neuropsychologist and astrophysicist is also a character in the His Dark Materials novel trilogy by Philip Pullman, and she investigates how dark matter impacts human consciousness.

Her latest position is within the Dark Matter Research Group at Oxford University, and she works will colleague Oliver Payne (Robin Pearce) to study shadow particles. 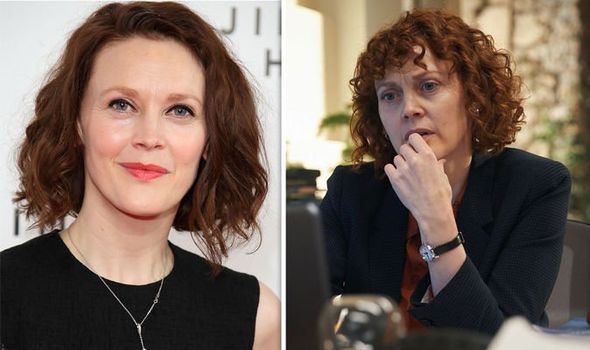 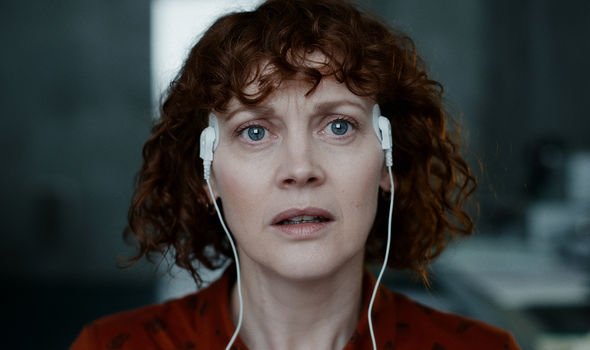 Dr Malone is played by Irish actress Simone Kirby, who has taken on previous roles in Jimmy’s Hall and Clean Break.

She also played Irene O’Donnell in Peaky Blinders, as well as taking on roles in Artemis Fowl, Rebellion and Silent Witness.

Fans have already taken to Twitter to express their excitement over Mary Malone’s debut in His Dark Materials, with one saying: “Mary Malone turning up in the next time on trailer #HisDarkMaterials” with a video of an excited Kermit the Frog.

Kirby herself shared a post when the series first made its debut on the BBC, saying: “His Dark Materials in just over an hour. Mary Malone doesn’t arrive till Ep 2, but hope you enjoy Ep. 1! [sic].”

One fan commented: “And just in time for when we really need someone with the academic knowledge to investigate @darkmaterials.”

The actress is well-known for her supporting roles and she was nominated for a Best Supporting Actress at the IFTAs in 2017, for her roles in Notes on Blindness. 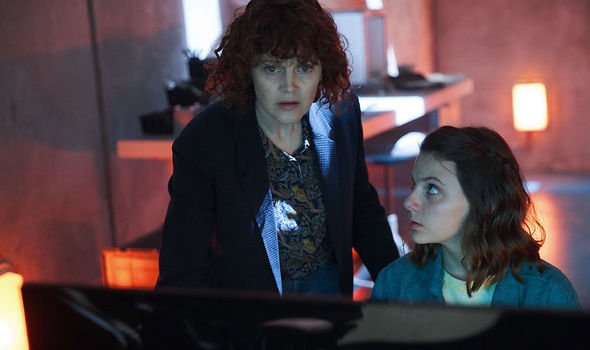 She was also nominated for a Best Lead Actress in Film at the same awards, for her role in Jimmy’s Hall in 2015.

The star is also a producer and she has recently finished working on her first short film called Clean.

Since lockdown, she has been sharing plenty of photos of her family taking part in fun activities, such as baking and exploring outside.

She is married to actor and playwright Fergal McElherron, who has starred in Resistance, X Moor and Holy Cross.

The star spoke to Express.co.uk and other media about her new role of Mary in His Dark Materials, saying: “She’s a quantum physicist and her field of work is dark matter. She calls them shadow particles, they don’t respond to the light. 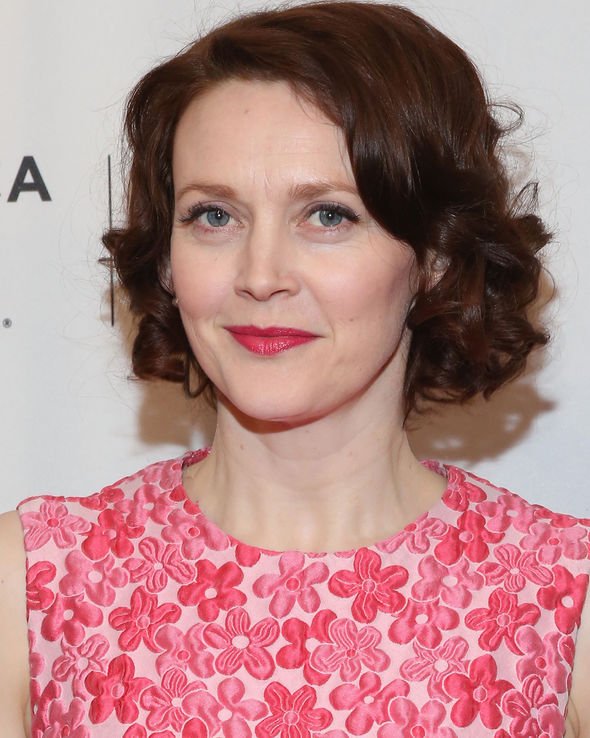 “Basically she is trying to see if she can communicate with these particles. In her office, it’s really lovely and bright and there’s tons of amazing books. Then you go down into her cave and it’s really dark and ominous-looking.”

Speaking about what it was like starring in the series, she said: “It was lovely joining a big family, there’s a huge crew. The buildings that Bad Wolf are in… there are so many different people working in different departments, you really do feel like you are joining this huge family.

“There was only a few people that I got to work with because Mary’s story is so singular, that I used to just go in and wander around the sets.

“I didn’t get to see any of the witches so I’m dying to see all of that.”

The actress recently took part in a scene reading ahead of the release of season two, in celebration of Pullman’s writing.

One fan responded: “@Simone1Kirby Mary Malone is a character that I love and feel connected too. I loved your reading this evening and can’t wait to see you in Season 2 of #HisDarkMaterials I just know you’re going to shine! [sic]”

For those who have read the books, they have already fallen in love with the character and cannot wait until she is brought to life on screen.

One fan said on Twitter: “In other news, I’m becoming obsessed with Mary Malone from the His Dark Materials books, and want to write follow-up fanfic.”

The star’s most recent role was in the Netflix film Calm With Horses, which was released on October 26, 2020.

She has also been cast as Natalie in an upcoming project called Oats & Barley.

His Dark Materials season 2 airs on HBO and BBC One