'Chicago Med': Fans of Natalie and Will Won't Get Their Way Anytime Soon

Holby City: Sneak peek at what’s to come in the new year

Cameron (played by Nic Jackman) has already taken the lives of three people over the course of the past year on Holby City. What might have started off as revenge for his ex-lover Chloe (Amy Lennox) by killing her former partner Evan Crowhurst (Jack Ryder), has now seen the troubled character reach new heights in order to protect his dark secrets. However, could a scene from a recent episode of the BBC medical drama suggest he is going to murder Dominic (David Ames) to get payback on Chloe for interfering in his business?

In recent weeks, Dominic’s sister and Cameron have clashed on several occasions, with Chloe even being present when the villain killed one of his patients.

She didn’t realise he played a part in the death but it hasn’t stopped her becoming dubious about her former lover’s behaviour after he also sabotaged her application for a new job.

At the end of the last episode, which aired before the Christmas break, Ange Goddard’s (Dawn Steele) daughter made a brave move by confronting the murderer.

After she handed back the keys she had to his flat, Chloe said: “You’re going to slip-up, Cameron, because you’re a fraud.

“I mean, you’re just not good enough,” she told her former lover before carrying her suitcase down the stairs. 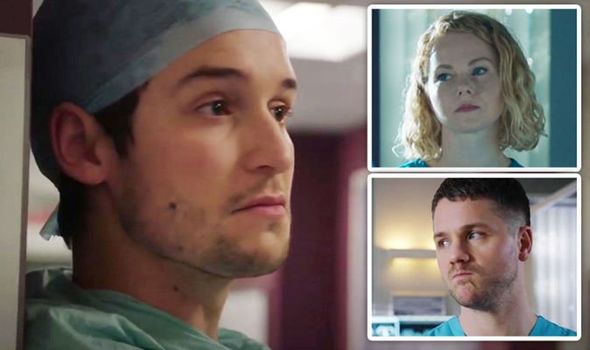 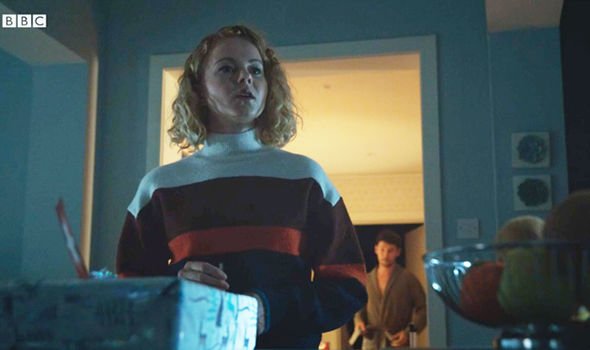 It was clear from the expression on Cameron’s face he was not pleased with what Chloe had said to him and as the show returns this evening, he could devise a revenge plan against her.

Wanting his ex-girlfriend to feel pain and suffering, the killer could set his sights on her brother, Dominic.

Over the past year, the two men haven’t had much interaction, but they could feature in a lot more scenes together.

As the murderer strikes up a friendship with the F1 doctor, viewers could learn he has ulterior motives for getting closer to Dominic. 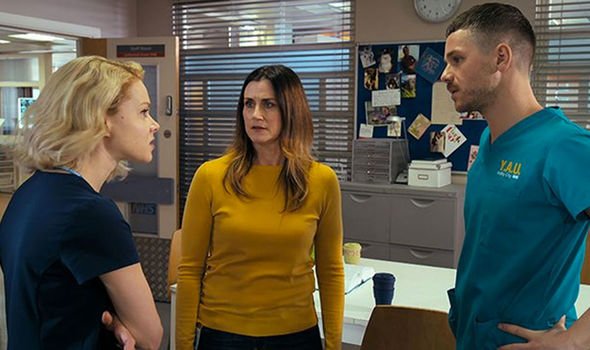 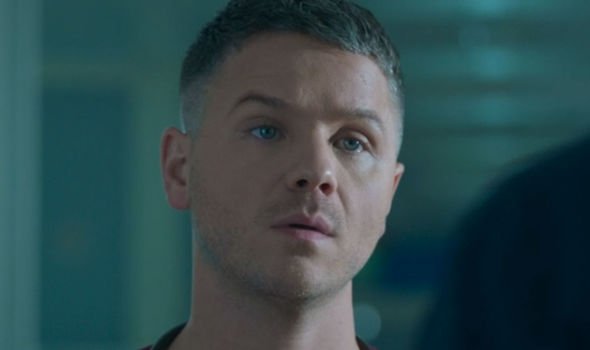 By murdering Chloe’s brother, this would cause her immense pain as they were only introduced to one another a couple of years ago.

If Dominic were to be killed, this would be a damning threat towards his sister and in turn, she would surely know Cameron was behind it.

Confronting the killer, Ange’s daughter could agree to keep his secret if it means he won’t hurt her mother.

Fearing for her family’s wellbeing, Chloe might not report the villain to the police to ensure Ange is protected.

Locked in a bitter feud with Cameron, will Chloe find herself bowing to his every whim to make sure no one else is killed?

Speaking after the secret was revealed his character was Ange’s son, the actor who plays Dominic, David, said: “It was an idea that I spoke to producers about a couple of years ago and they thought it would be a good way of illustrating how Dom has always felt like an outsider.

“He doesn’t understand why he is the way he is when looking at both his parents and it’s always confused him.

“Dom’s always joked that he must have been adopted, so this suddenly explains everything,” the BBC medical drama star added.

Therefore, could Dominic’s death at the hands of Cameron be that more heartbreaking after finally building a bond with his birth family?

Viewers are eager for the killer to be caught as one wrote on Twitter: “When will Cameron be found out? This is wrecking my head now #HolbyCity.”

Another posted: “That Cameron fraud been too long and get him out of #HolbyCity! Bored of him @BBCHolbyCity.”

Whilst third commented: “Cameron I hate you so much! Please, Holby, get rid of him #HolbyCity.”

Holby City continues tonight at 7:50pm on BBC One. Barbara Kavovit announced she’s running for Mayor of New York City after appearing on the ‘Real Housewives of New York...