Today’s edition of the magazine show started with some sad news as Holly Willoughby and Phillip Schofield began by telling ITV viewers about Dame Vera Lynn’s death, which was announced earlier today. The pair gushed over the late wartime singer, both recalling times when they had met her, with Phillip explaining: “She never put a foot wrong.”

The pair’s co-star, Lorraine Kelly, delivered the news to those watching on ITV today, just minutes before This Morning began.

Holly and Phil both paid tribute to the star, whilst being joined by Esther Rantzen, all recalling memories of the singer.

Phil said: “She was always very dignified, she never really put a foot wrong, she was so perfect when everybody needed her, a time when people needed her most.”

Holly spoke about a childhood memory of coming across Dame Vera in a garden centre near her home when her mother pointed her out to her in excitement. 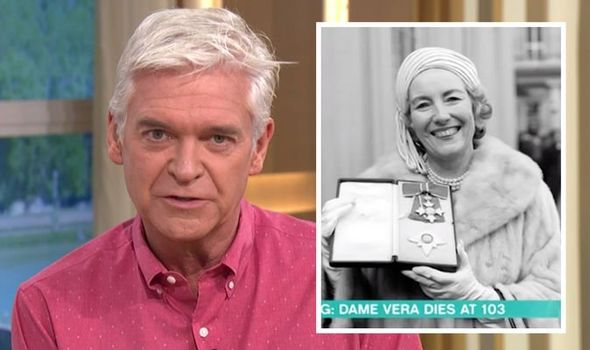