THIS Morning host Holly Willoughby looked incredible as she hit the red carpet for the National Television Awards this evening.

The 40-year-old turned heads at the star-studded event wearing a plunging sparkling gown, which showed off her curves in all the right places. 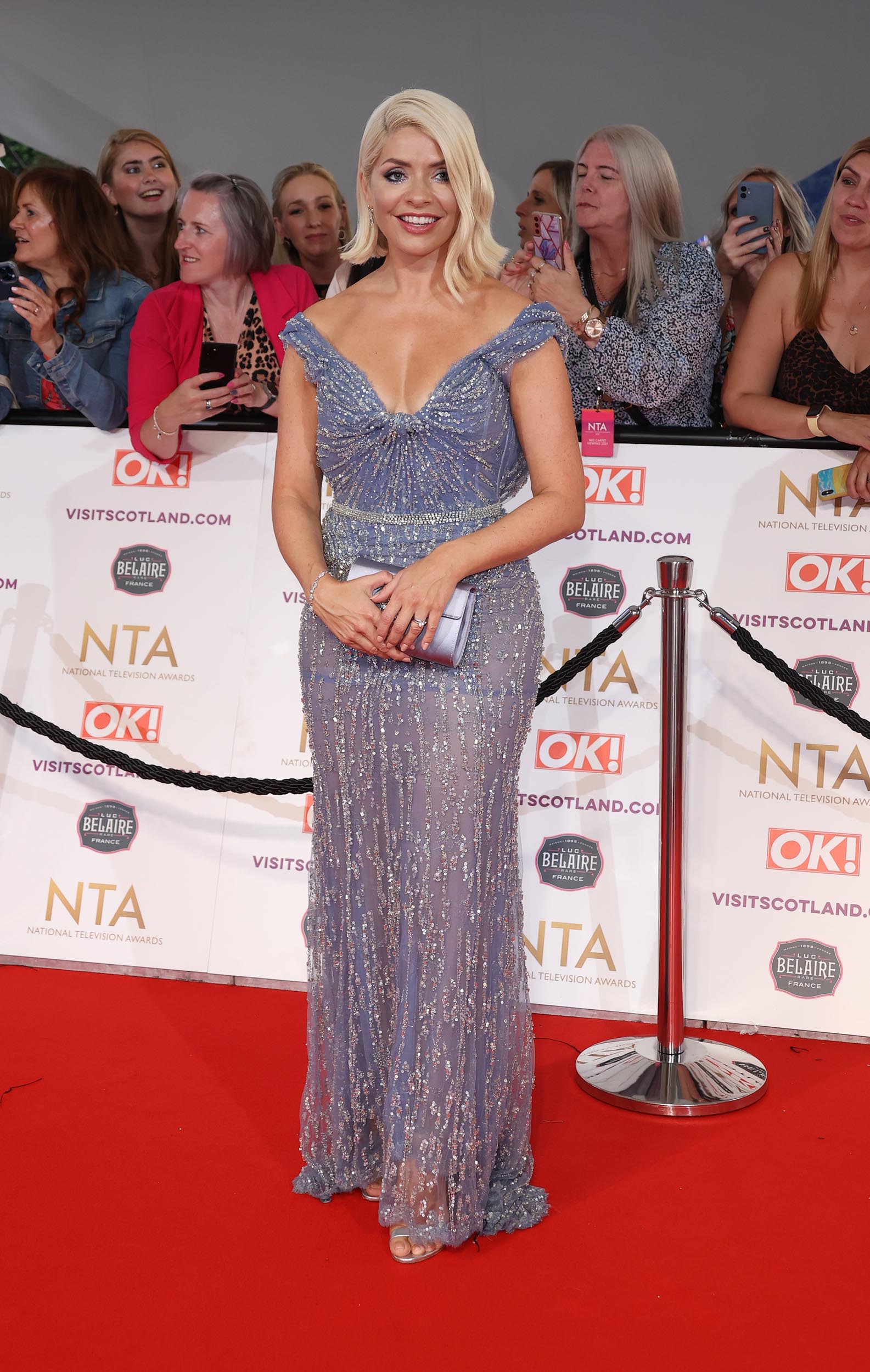 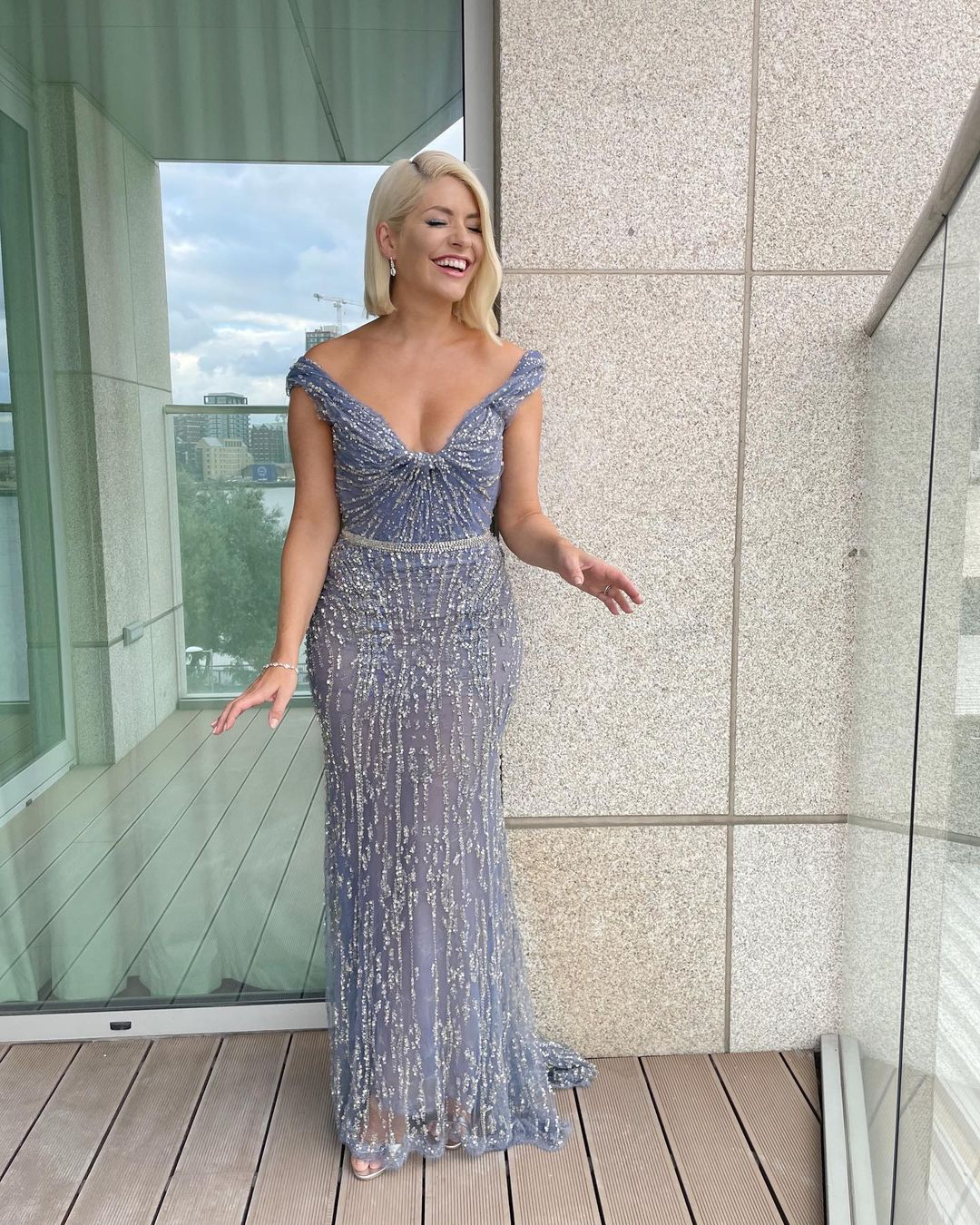 Holly has been nominated for the coveted best TV Presenter gong and will go up against her pals Ant and Dec, Alison Hammond, Piers Morgan and Bradley Walsh.

Arriving ahead of the awards ceremony, the mother-of-three looked flawless as she walked the red carpet in the sparkling grey dress.

The off-the-shoulder ensemble showed her incredible figure and ample bust, pulling her tightly around the waist with a silver belt.

Holly paired her look with sparkling silver shoes and a clutch bag, as well as simple pearl-drop earrings, a bracelet and her wedding ring.

She opted to wear her short hair down, pulled back behind one ear, and sported a stunning palette of make-up including a nude lipstick.

This year, TV sweetheart Holly has been nominated for the best presenter prize, in the same category as Piers Morgan and Ant & Dec.

The presenting duo normally sweep the floor at the ceremony, having won an impressive 36 National Television Awards throughout their career.

Three of their shows are up for silverware too: Saturday Night Takeaway, I’m A Celebrity and Britain’s Got Talent, which they front alongside judge Alesha Dixon.

Piers Morgan is shortlisted despite storming off Good Morning Britain in an on-air row over Meghan Markle and Prince Harry’s sensational interview with Oprah Winfrey.

Joel Dommett will make his debut hosting the bash at London’s O2 Arena on September 9, announcing awards for shows encompassing drama to comedy.

The This Morning presenter wasn't the only star to turn up the glam for their red carpet appearance, as celebs took to the event in their droves.

Giving her a run for her money was Emily Atack, who proved that orange and red don't clash when it comes to red carpets.

Maura Higgins wowed onlookers, showing off her toned abs in a chainmail style two-piece, while Giovanna Fletcher stunned the crowd in an all-white ensemble. 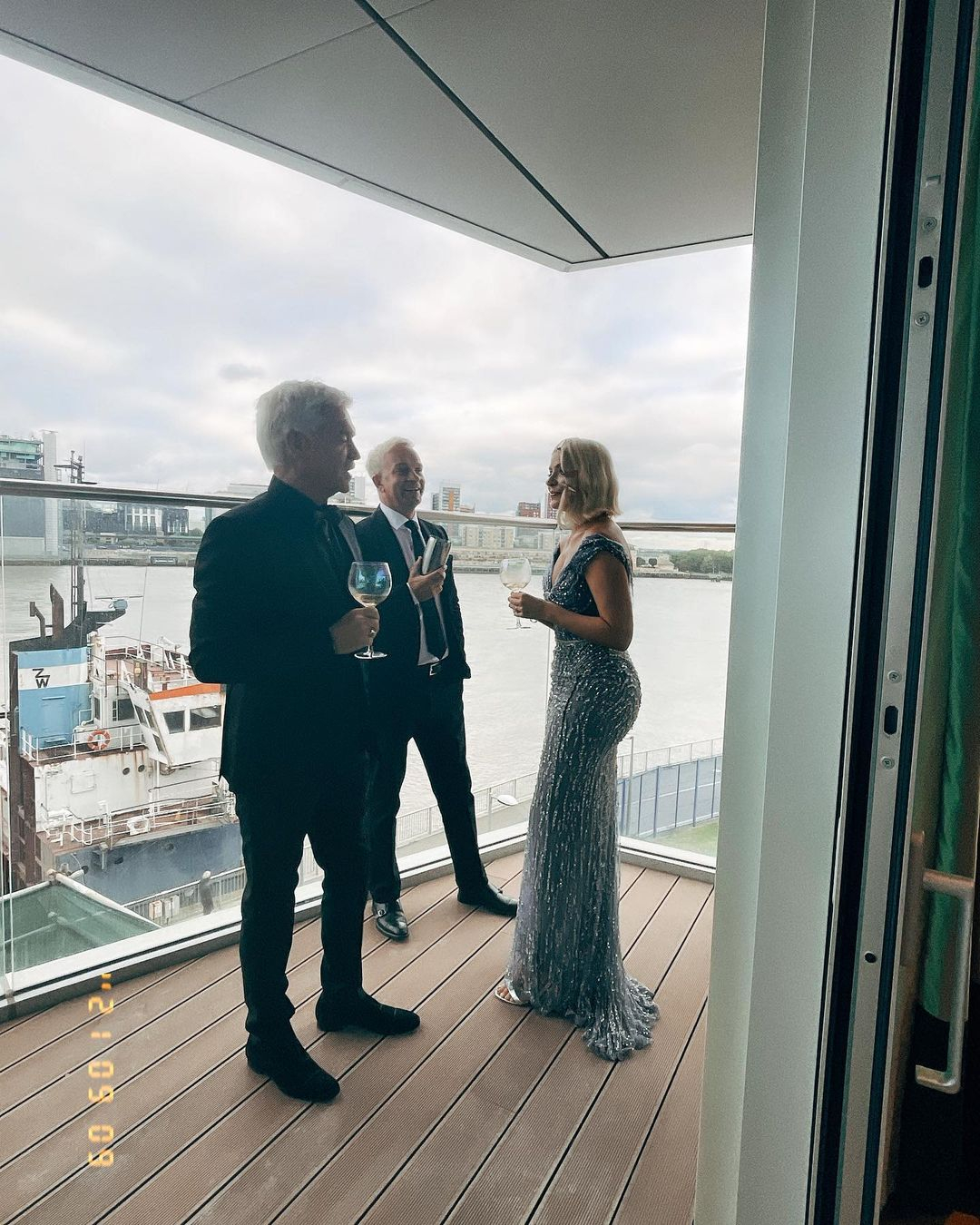