STACEY Solomon is a familiar face on our TV screens after rising to fame on The X Factor in 2009.

The TV presenter, 31, who is engaged to Joe Swash, announced today (June 9) that she is pregnant with her fourth child. 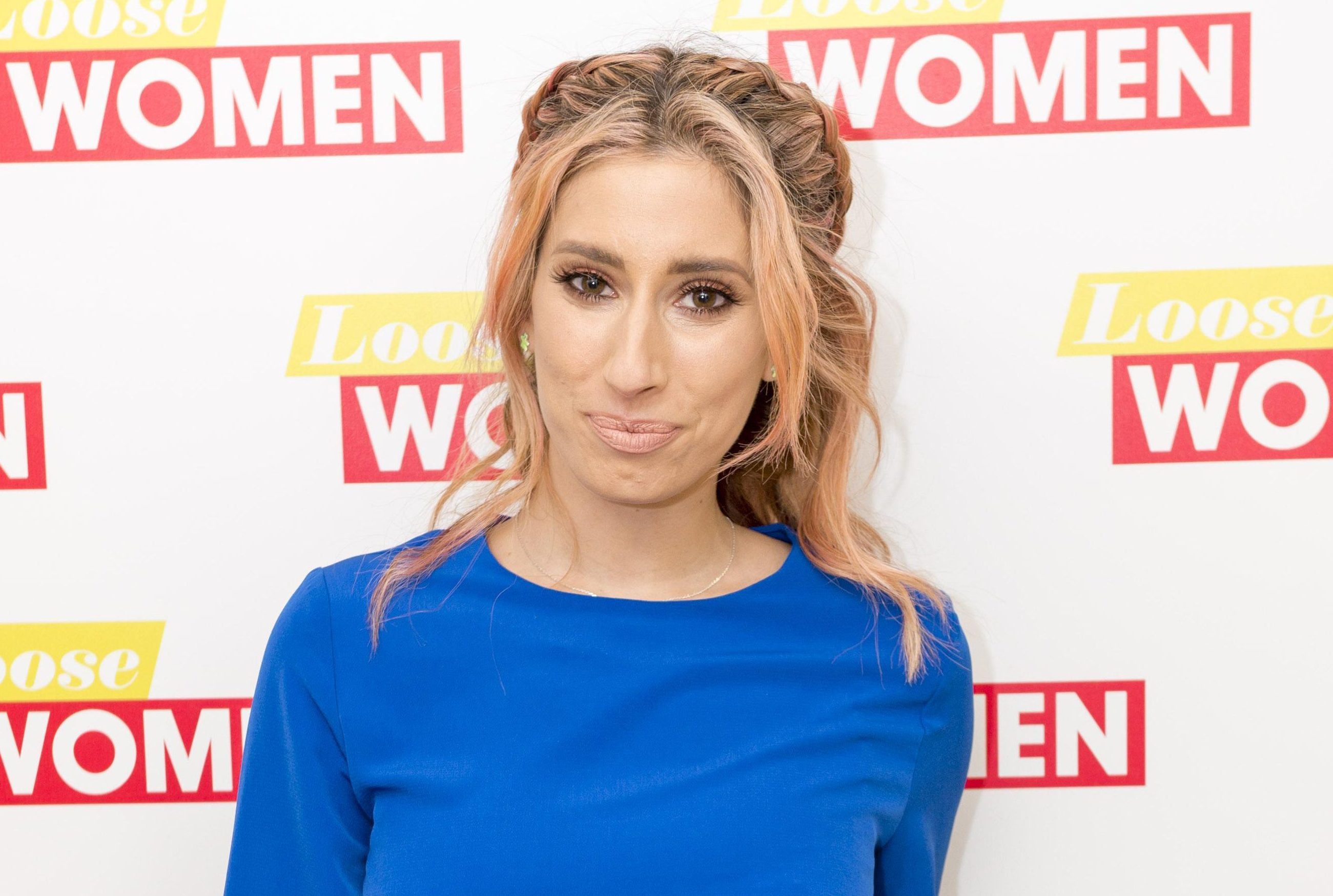 Who is Stacey Solomon?

Stacey Solomon is a 31-year-old Essex-born TV personality and singer from Dagenham, London.

The fast-talking and lovable star was born on 4 October 1989.

She first captured the nation's attention by impressing in the 2009 series of The X Factor.

After blowing away the judges Stacey made it into the live shows and eventually finished third behind Olly Murs and winner Joe McElderry.

She later released her Christmas single, Driving Home for Christmas, in 2011, which peaked at Number 27 in the charts.

According to Spears, Stacey has racked up an impressive net worth of £370,000 over the years.

Is Stacey married to Joe Swash?

Joe Swash and Stacey have been dating since early 2016 – and while they initially kept their romance secret, have since had no issue sharing their love for one another.

On Valentine's Day, the pair prompted speculation that they had got engaged after Joe shared a sweet snap of the Loose Women star in bed with her left hand hidden.

Later in the day, both of the hands were in shot with no ring in sight – with Stacey saying just last month that she would accept a Poundland engagement ring from her husky-voiced beau.

On December 24, 2020, Joe Swash proposed to Stacey in the woods and she accepted.

Stacey is due to marry Joe at the end of July in a ceremony at their new dream home in Essex. 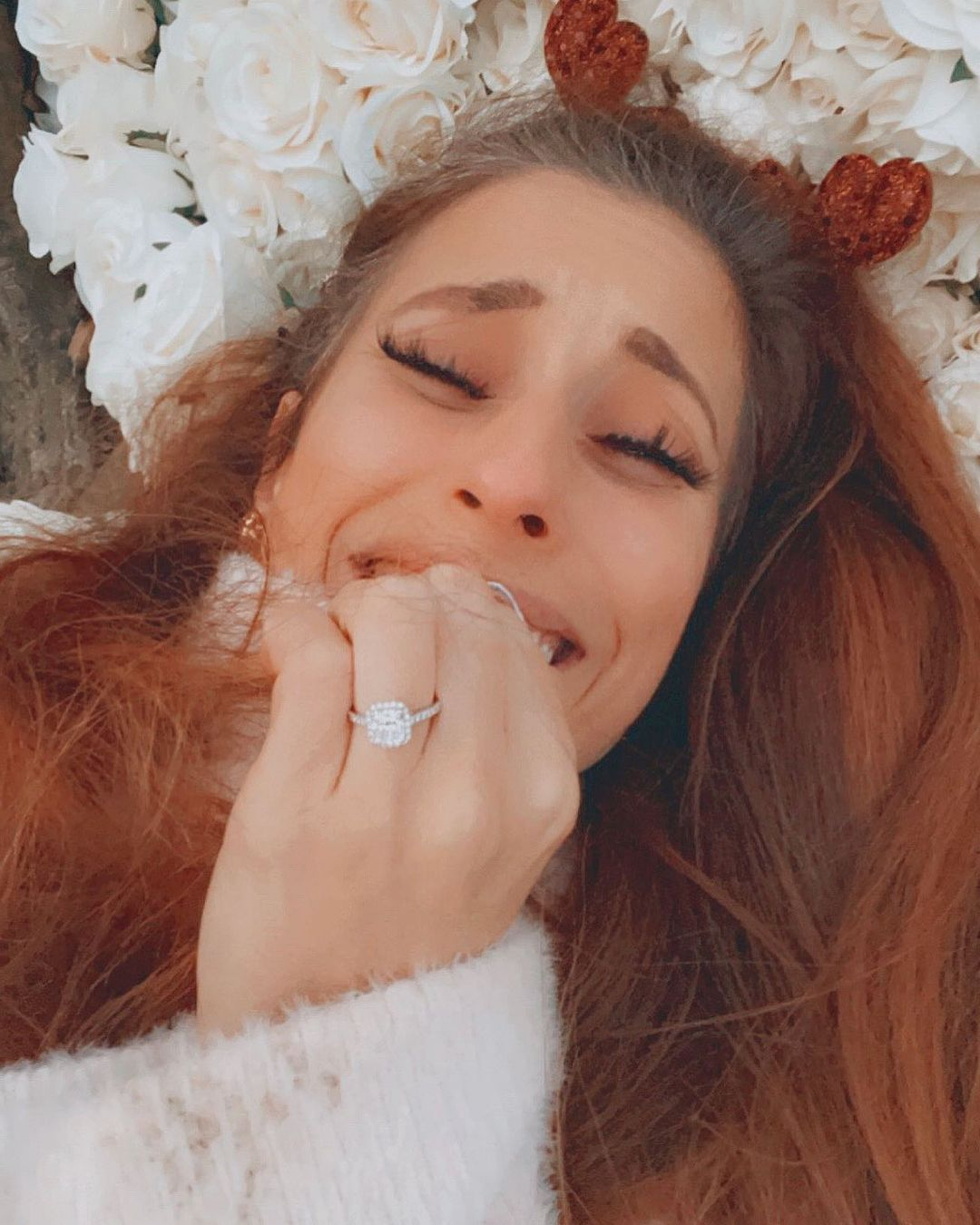 How many kids does the Loose Women panellist have?

The Loose Women panellist had her first son Zachary, whose dad is Dean Cox, as a young mother at 17.

Her pregnancy wasn't planned and she didn't realise she was pregnant until after the first trimester.

Her second son Leighton was born 4 years later whose father is Aaron Barnham.

On June 9, 2021, the couple announced they are expecting their fourth child.

What TV shows has Stacey done?

Stacey Solomon appeared on I'm A Celebrity, Get Me Out Of Here in 2010.

She won the show with a staggering 80 per cent of the votes, thanks to her down to earth nature.

Since then Stacey's TV career has gone from strength to strength – seeing her front shows, adverts and take part in panel programmes.

In 2011 Stacey appeared alongside Kerry Katona in a string of Iceland commercials – I'm A Celeb's sponsor at the time. 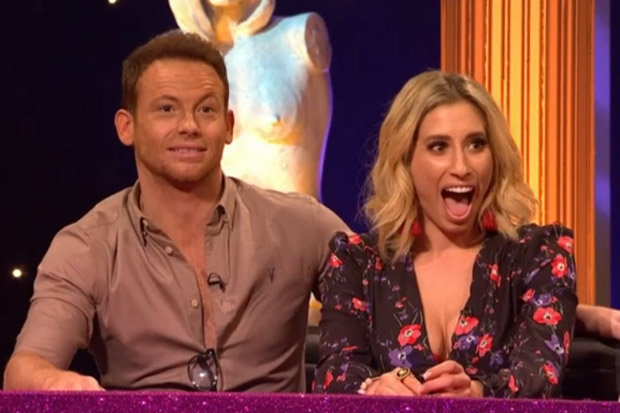 In 2016, she was asked to return to the jungle as a presenter on ITV2 spin-off show, I'm A Celebrity, Extra Camp.

She hosted the show alongside comedian Chris Ramsey, 2015 jungle Queen Vicky Pattison, and jungle King Joe Swash – who is also Stacey's other half.

But ITV chiefs dropped Stacey from the 2017 edition of the show.

Stacey joined the panel on ITV talk show Loose Women in 2016, and remains a series regular.

In 2016, Stacey also stormed to victory on The Chase, when she blew viewers away by bagging a momentous £60,000 for the prize pot.

In February 2019 Stacey confirmed that she had joined Celebrity Juice as series regular.

Now she's one of the celebrities on Celebrity Gogglebox, appearing alongside Joe.

Together they react and joke around while watching TV shows – just last week Stacey branded Joe a "pervert on the show".