Outlander fans are still waiting to find out the meaning behind Jamie Fraser’s (played by Sam Heughan) ghost. The STARZ and Amazon Prime Video series is yet to explore why Jamie could see Claire (Caitriona Balfe) from her window. One fan has suggested the ghost is a fetch – a supernatural double or apparition of a living person.

Is Jamie’s ghost in Outlander a fetch?

Jamie’s ghost was first seen in the very first episode of Outlander when Frank Randall (Tobias Menzies) is walking in the rain.

He comes across a man who is looking up at the window of a building where Claire and Frank are staying.

Frank tried to confront the mysterious man, but he disappeared and Frank realised he had experienced a supernatural encounter.

Jamie is unable to travel forward in time, meaning how he came to be in 1946 remains a mystery.

Author Diana Gabaldon, who wrote the Outlander books, explained how Jamie’s ghost was about 25 years old. 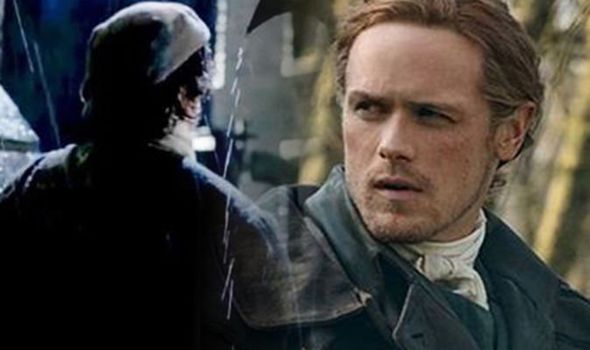 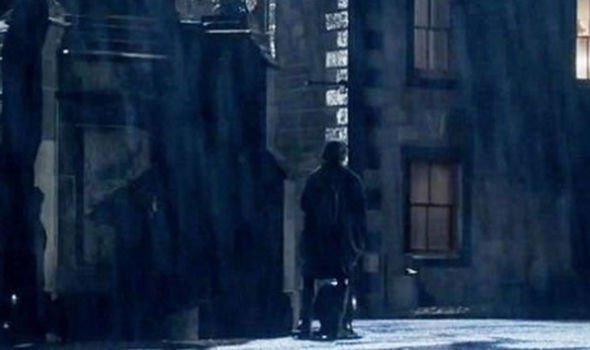 Jamie lives beyond 25, leaving fans even more confused as to how he came to be outside Claire’s window.

They have taken to Reddit to discuss what could have happened, with one suggesting his ghost is a ‘fetch’.

They said: “I was thinking what if Jamie’s ghost was actually a fetch?

“From Wikipedia: A fetch, based in Irish folklore, is a supernatural double or an apparition of a living person. The sighting of a fetch is regarded as an omen, usually for impending death.

“From the Oxford Reference: English name for a kind of fairy doppelganger known in Scotland and Ireland. If one sees this apparition in early morning, long life is assured; see it at night and the viewer will last only as long as the sod of turf in the fireplace. 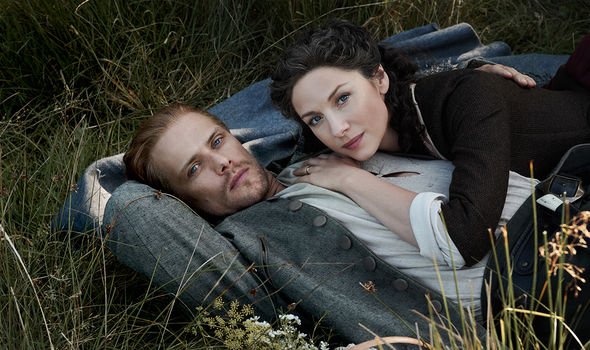 “Apparition could mean “ghost” and it’s just interesting that Claire ceased to exist in the present shortly after Frank sees Jamie.”

According to Irish folklore, the sighting of a fetch represents looming death for whoever sees one.

Icysedgwick.com says: “According to the folklore, the fetch appears to a third person just as someone dies, or is about to. This witness believes it to be the person they know – except the person should be many miles away at the time.

“Some stories claim the fetch disappears down hallways or alleys if a mortal tries to follow it. It’s not a ghost. It’s just a copy of the original person. No one knows why it takes that form, and it’s rarely malevolent in nature.”

As Jamie is still alive at 25, there is a chance this could have been a direct double rather than a ghost. 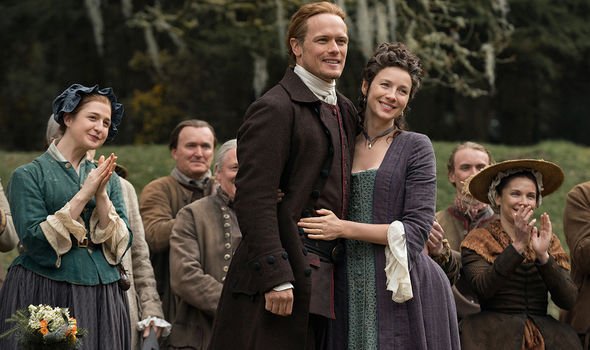 Fans have suggested alternate theories as to how Jamie came to be outside Claire’s window.

One said: “I have always thought it was to show time is cyclical and this is Jamie waiting for Claire to return to him. After death Claire is brought back to earth when she is born until she returns to the past to live again, full circle.

“But I haven’t read the books so that may be disproven.”

Another added: “My ghost theory connects to Jamie‘s father. Throughout it is rumored that he was a Silkie. So I think there is some Silkie in the DNA and through dreams Jamie draws people that are travelers.

“First Claire and then Bree. Even in the Caribbean he keeps seeing ghosts. So that’s my theory.”

Some viewers believe Jamie had a near-death experience, which would make the ‘fetch’ theory seem logical.

Fans have to wait until the final book of the series for clarification on what happened.

Gabaldon had previously said in a Tweet: “Ghosts don’t exist in a place where time has meaning.”

The final book, Go Tell The Bees That I’m Gone, will be released on November 23.

Sadly fans will have to wait until then to find answers.