This Morning welcomed Linda Calvey on to the show earlier today to discuss her criminal notoriety.

She was dubbed the “Black Widow” as all of her partners either ended up dead or in prison.

In 1990, Linda was prisoned for 18 and a half years for the murder of her boyfriend, Ronnie Cook, and became known as one of the UK’s most terrifying women.

However, she appeared on This Morning today with her new book in tow and wanted to set the record straight.

While she recalled her life in various prisons across the country, many flocked to Twitter to slam This Morning for “giving her air time”.

One commented: “Only reason they have Linda on is so she can ‘spill all’ about Rose West and Myra Hindley, its very sick. Why give any of these people air time.”

Another added: “Why is this murderer out of prison, let alone on TV? I wont buy her book.”

“This is absolutely horrendous. Why are they even interviewing this woman?  She’s a convicted murderer and now they’re fishing for details about Myra Hindley & Rose West. It’s the lowest of the low and is making me sick to my stomach,” a third shared.

A fourth raged: “She’s a convicted f**king murderer and they’ve got her on to flog a book? Sick. I’m not sure #ThisMorning could sink much lower.”

“How low can #thismorning sink? Allowing a murderer to promote her book? Seriously? So disrespectful to any of her victims and people who were affected by her actions,” added another.

A sixth posted: “#ThisMorning . They say crime doesn’t pay… So another career criminal writes a book!” 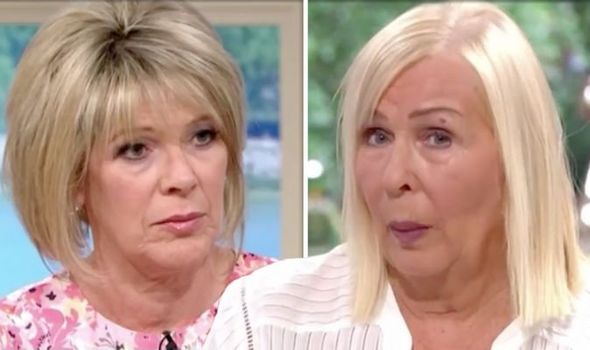 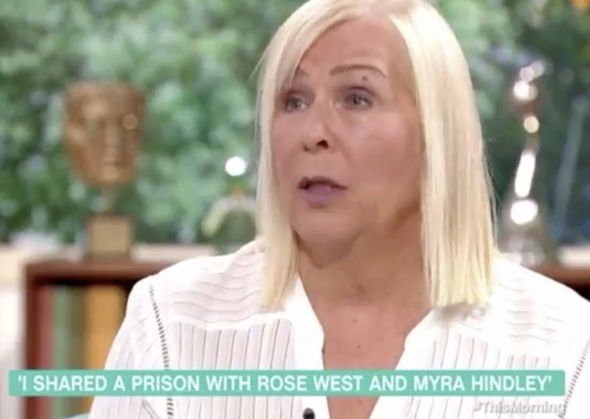 Linda recalled spending time in prison with both Myra Hindley and Rose West while in Durham.

She explained how Rose was the “worst woman” and remarked they never spoke to each other.

However, she had more experiences with Myra, and recalled the first time she met her.

“The first time I saw her, I slapped her across the face,” Linda explained.

“I was working in the library and one of the guards told me I could take my laundry in and she was in there singing.

“I walked in and slapped her across the face because how dare you sing after what you’ve done.” 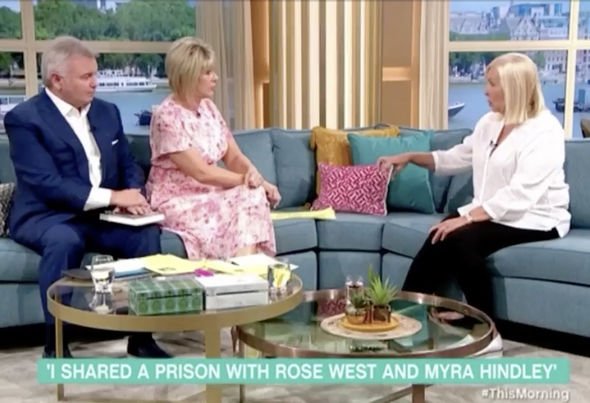 Linda continued: “She said to me, ‘I can get you sent back to Holloway for that.’

“I said Holloway holds no fears for now I’ve been there two years.”

Eamonn asked if viewers should be “afraid” of Linda and she defended: “Not in the slightest, no.

“After my husband died, who was an armed robber, he died on a robbery, I think it really affected me a great deal.

“I don’t think he deserved to die the way he did. I think my brain went a bit haywire for a few years, I don’t recognise who I was at the time.”

This Morning airs weekdays on ITV from 10.30am.