This Morning returned to television screens for a mid-week instalment of the magazine show as Eamonn Holmes and Ruth Langsford sat in to present for the summer for Phillip Schofield and Holly Willoughby.

Following an update on the heatwave the nation is currently experiencing, the hosts were seen sitting outside the studio with Amanda Platell and Andrew Pierce to discuss Boris Johnson’s MP girlfriend Carrie Symonds, much to the annoyance of the viewers.

“It is Boris Johnson and Carrie Symonds, it is what we are talking about through a lot of the programme today. He will become Prime Minister today, he visits the Queen at Buckingham Palace. The difference from his predecessors is that he will be visiting her majesty alone without his girlfriend by his side,” Eamonn said introducing the show.

Ruth then took over, explaining: “Carrie Symonds is set to become one of the most famous women, probably in the world now, what do we really know about her? Where does she come from, she’s suddenly appeared. What do we know about her background, what role is she now going to take?”

However, those watching at home were unhappy with the amount of time the ITV show was dedicated to discussing the former Tory PR chief.

It comes after the show had three consecutive segments dedicated to Carrie; talking about her and Boris’ relationship, a fashion segment showing viewers how to get her style and then cooking in the kitchen with Levi Roots who had chosen a fish dish to make in honour of Carrie’s sustainable fishing values.

Taking to Twitter to comment, one said: “Who the hell cares about Carrie Symonds? Yet again TV obsessions with nobodies who have no real positions or job! Give it a rest and concentrate on real news! #ThisMorning.”

“Nobody gives a s**t about Boris lady friend, she isn’t running the country #ThisMorning,” someone else wrote.

A third mentioned: “Why the hell do you have a section talking about Carrie Symonds? Who cares? Absolute rubbish tv! #ThisMorning.”

“I don’t really need to know about the ins and outs of Boris personal life, I just want to know what he’s got to offer as a Prime Minister #ThisMorning,” one begrudge viewer explained. 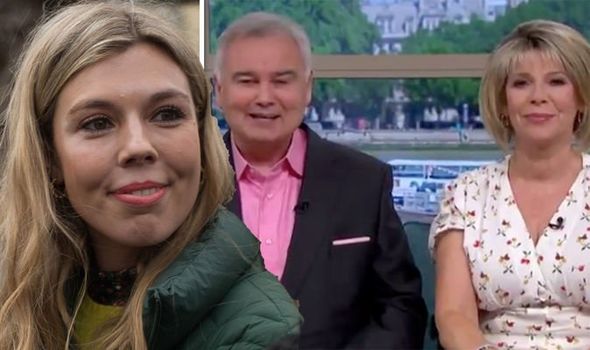 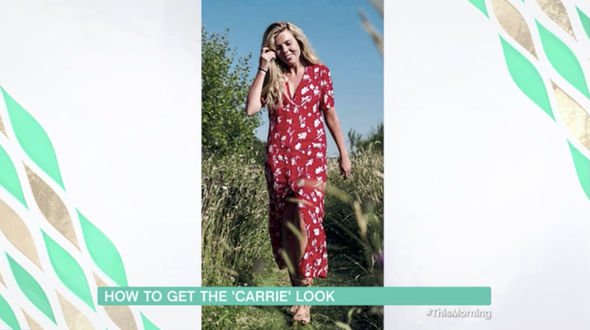 “First of all, are we going to become Carrie-contagious, from the point of view, will her fashion catch on, will her hairstyle obsess people?” Eamonn asked his guests.

“Yes, yes!” Amanda replied enthusiastically. “She’s going to become a political Meghan Markle. Everyone is going to be watching her, she is so modern, she is so fresh. She’s so young!”

“Will she be so likeable? That is the thing, will people like her?” Eamonn continued.

“She won’t win all of women’s hearts lets put it that way. She’s still got a PR battle with the public to win,” the guest explained.

Ruth interjected and asked: “Will it be a problem though Andrew for Boris Johnson, because all the attention at the moment, we’re all talking about Carrie and not about him as much as maybe we should be!” 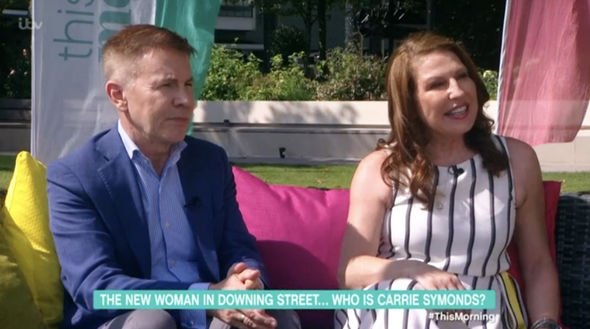 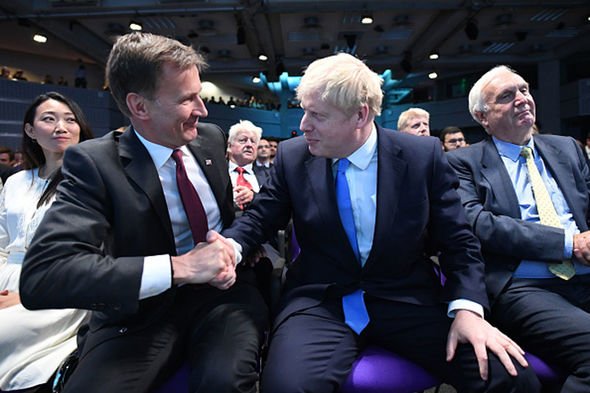 Who the hell cares.

“And that’s why she wasn’t there yesterday when it was announced,” the guest revealed. “She would have been with friends, they’re all Tory MP’s there, she’s not going to be there today when Boris makes his very choreographed arrival at Number 10 Downing Street.”

“How will she be feeling about that?” Ruth probed and Andrew remarked: “Furious”.

It comes after yesterday’s show when Boris Johnson was issued a warning by Nick Ferrari.

This Morning airs weekdays at 10.30am on ITV. 6 Jan 23
CAROL Vorderman showed off her impressive curves in a tight denim jumpsuit on This Morning.…
TV & Movies
0

14 Aug 20
We will use your email address only for sending you newsletters. Please see our Privacy…
TV & Movies
0