Javier Bardem faced many challenges in bringing Desi Arnaz to life in Amazon’s Being the Ricardos, and he is being recognized for his efforts by his peers with a Screen Actors Guild nomination for Best Actor in a Motion Picture Drama on Wednesday.

“I’m very proud and so happy that people are reacting this way to the performance,” Bardem tells Deadline shortly after the nominations were announced on Wednesday. “This was a challenging performance in so many ways, mainly because I was portraying an iconic person and that’s always very scary and very challenging.”

He continues, “I really tried to bring Desi’s energy to the role. He was so charismatic, so charming, and so openly attractive. This was not something I could turn on and off. He was like this constantly. He went out of his way to make everyone feel comfortable and to feel welcome. That’s an energy you have to portray.”

Bardem, a native of Spain, notes how he was also challenged in “delivering Aaron Sorkin’s dialogue” and really getting comfortable with it as a native Spanish speaker. Oh, and he also had to perform musical numbers without prior experience—all while simultaneously shooting the upcoming live-action feature film, The Little Mermaid.

“Aaron Sorkin’s language and writing have always been very complex,” he shares. “And I also found the musical aspect to be challenging as this was the first time I was approached to do that. I had to deliver four songs without being a singer and I didn’t have much time to prepare.”

Sorkin was also nominated for Best Screenplay and Nicole Kidman for Best Actress. 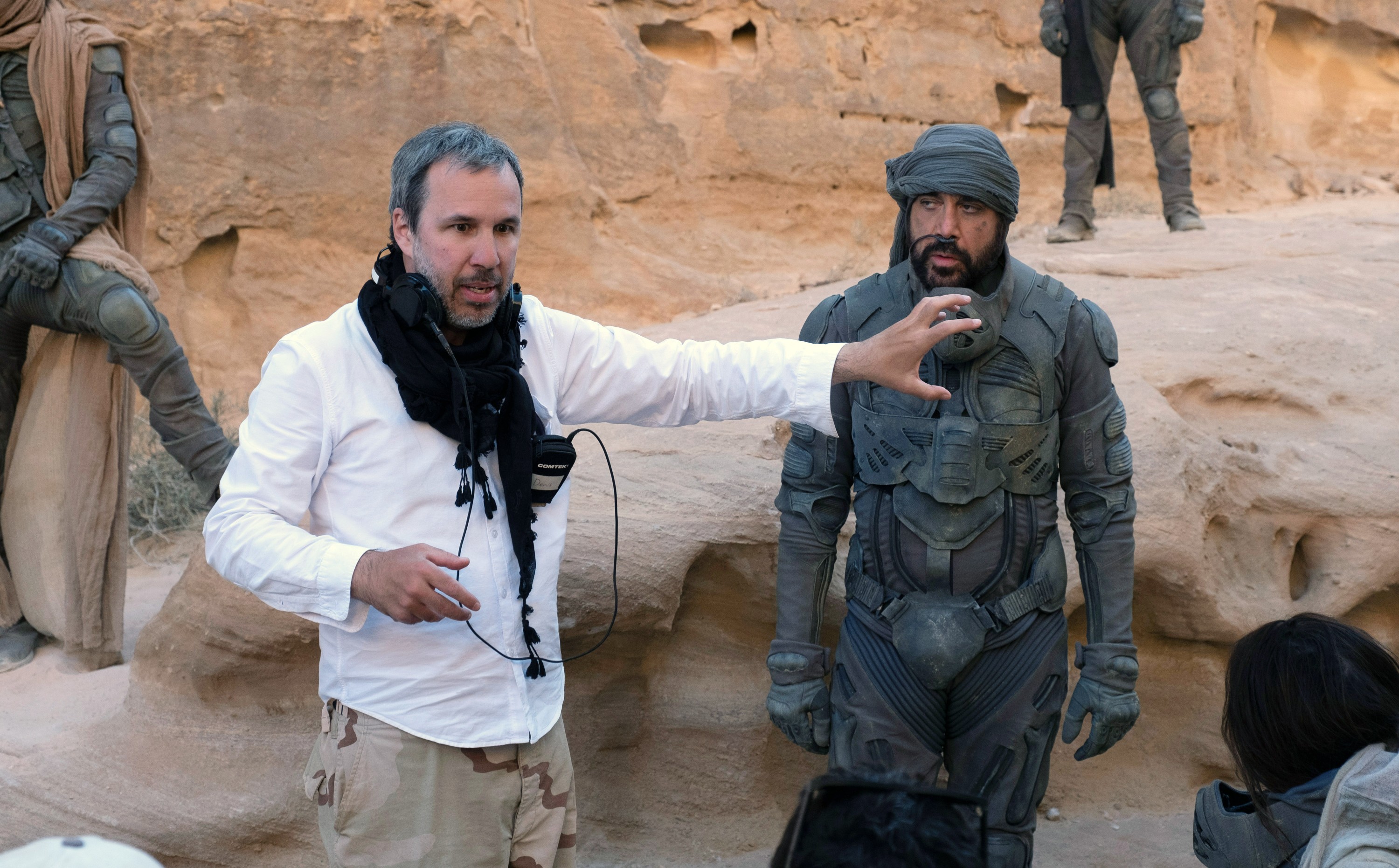 Bardem is currently working on the live-action musical comedy Lyle, Lyle, Crocodile based on the children’s book by Bernard Waber. But he’s already thinking about what the future holds for his character Stilgar in the highly anticipated Dune sequel he expects will begin shooting this summer.

“I haven’t read anything yet, so I’m not sure what’s coming up next for me in Dune. I know as much as you do at this point. I hear there are scripts but I haven’t read anything,” The Academy Award winner says. “I cannot wait to put myself into the hands of Denis Villeneuve again. I love the guy.”

His biggest hope going into the project is that Stilgar will ride a sandworm as he did in the Frank Herbert novel.

“The only thing I’m asking is that I get to ride a sandworm,” he said with a laugh. “Denis told me he’s going to try to make that happen. That does happen in the book, by the way. Stilgar teaches Paul [Atreides] how to take the desert power, which is to domesticate those huge animals in order to use their force, their strength, and their huge size against the Harkonnen. Hopefully, that will happen.”

Being the Ricardos is currently available to stream via Amazon Prime.