Lee Fierro and Jeffrey Voorhees were unknown actors when they took on the roles of Mrs. Kintner and Alex Kintner in Steven Spielberg‘s groundbreaking film Jaws. They recounted their experience working on the film and what went into shooting the horrific scene when Alex Kintner is killed by the shark.

‘Mrs. Kintner’ wasn’t interested in the role in ‘Jaws’

Voorhees and Fierro shared their experience in a 2005 interview with Martha’s Vineyard Magazine. Fierro died in 2020 of coronavirus (Covid-19), but Voorhees still lives on the Vineyard, which is where Jaws was filmed. Fierro was a veteran actor, who initially rejected the notion of taking part in the film. 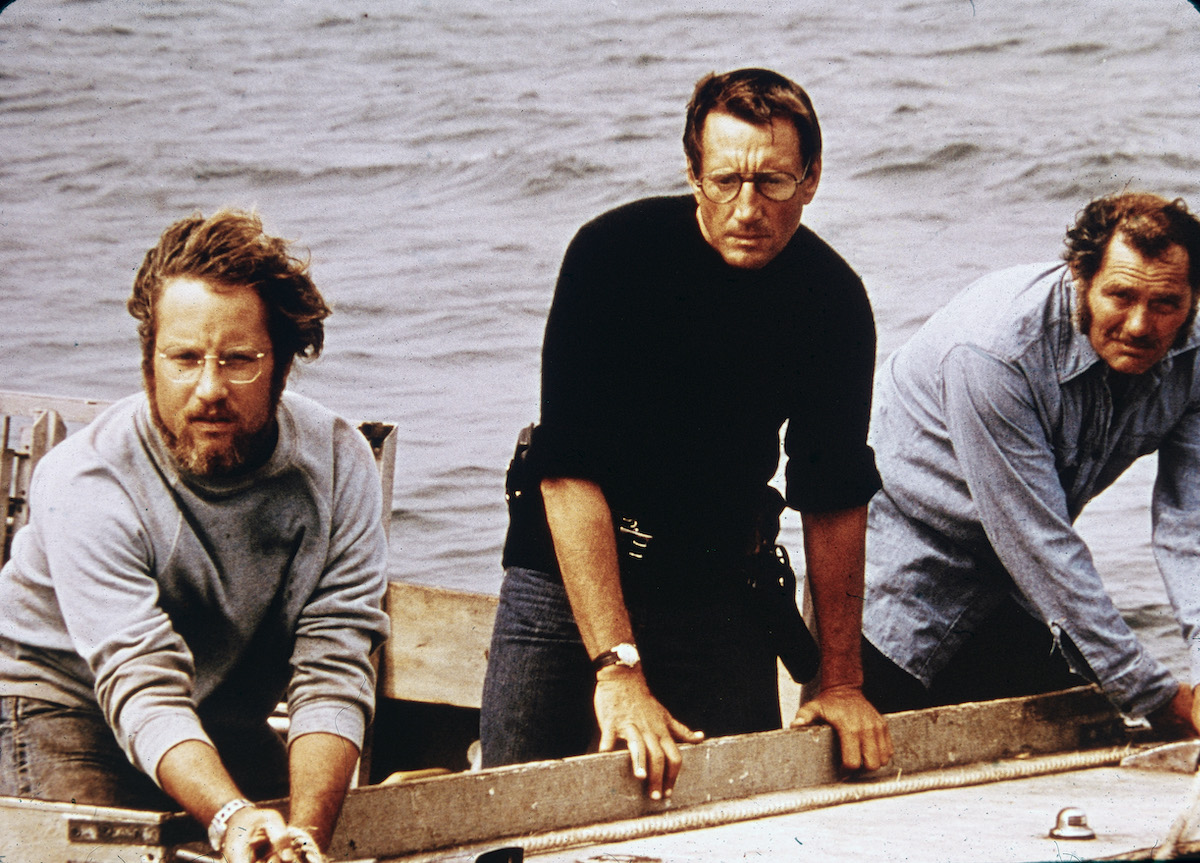 “I objected because I had been out of the theater for a number of years and I wasn’t interested in Jaws at all. I had read the book, but I didn’t see anything in it for me,” she said. But the local casting director urged her to reconsider. So she auditioned for the role, thinking she’d never get it.

“So I was surprised when two weeks later I get called up by Shari Rhodes telling me that Steven Spielberg is on the Island and wanted to see me,” she exclaimed. “I went down and he asked me to improvise the beach scene with my son. Shari would play Alex and I was to keep him out of the water. I did precisely what Steven told me. And Shari tried and tried to persuade me to let her/him go in the water, and I wouldn’t. And Steven finally stopped us and he said, ‘You’ve got to let him go in the water or we don’t have a movie.’”

Voorhees recalled being motivated mainly by the $40 that was dangled in front of him for the role. “My friends and I were told to sign up at the Kelley House [in Edgartown] and they’ll give you $40 a day,” he said. “We thought that was great. We were just kids, and so we went flying down there, and we all signed up and left.”

The promise of $40 turned into “big money” for Voorhees. “A few weeks later I got a call and they asked me if I could come down and read a few lines because they needed a few speaking parts,” he recounted. “So I came down with a friend of mine. We read a few lines. They said, ‘Okay, we’ll talk to you later.’”

‘Jaws’ actors share how the shark attack scene was shot

When it came time to actually film the horrific scene when Alex Kintner is murdered by the monstrous shark, Voorhees recalled the scene as nothing short of exhausting.

“We did the whole ‘Mommy, can I go back in the water?’ and all that,” Voorhees said. “After begging her, she lets me go in – to die. (Chuckles.) And then I swim out on the raft and they say, ‘Cut.’ They took the raft out of my hands and then they had a raft that was cut in half and they had this thing that was filled up with blood, and it blows all this stuff up in the air, and they put the half raft over it and they said, ‘Lie on top of it now, and when it blows up, go underwater and stay under there for as long as you can.’”

“So I’m lying on top it and all of a sudden it goes, and I go underwater and come up after a little bit, and they say, ‘Cut! Your arm was out of the water. Do it again,’” he said. “And it would take, like, three hours for all the blood to clear out. Finally, the fifth time, they said, ‘Okay, this time we’re going to try something different. Two guys are going to be underwater with wet suits and air and they’ll hold you,’”

Fierro added, “He [Steven Spielberg] didn’t do much. He really kind of let us alone unless we did something he didn’t like.” Spielberg also used plenty of movie magic to punctuate the death without adding graphic content. 24 Mar 22
More Loud House is on the way at Nickelodeon. The network has ordered a new…
TV & Movies
0