Here’s what you need to know about the upcoming film.

J.Lo is a heartbroken superstar in the official trailer.

In a newly released trailer for Marry Me, fans get a glimpse at the unexpected chemistry between Jennifer Lopez and Owen Wilson. The new clip also features Lopez’s new song, “On My Way,” and a first glimpse at Maluma’s acting debut.

Lopez shows off her signature style on the official poster. 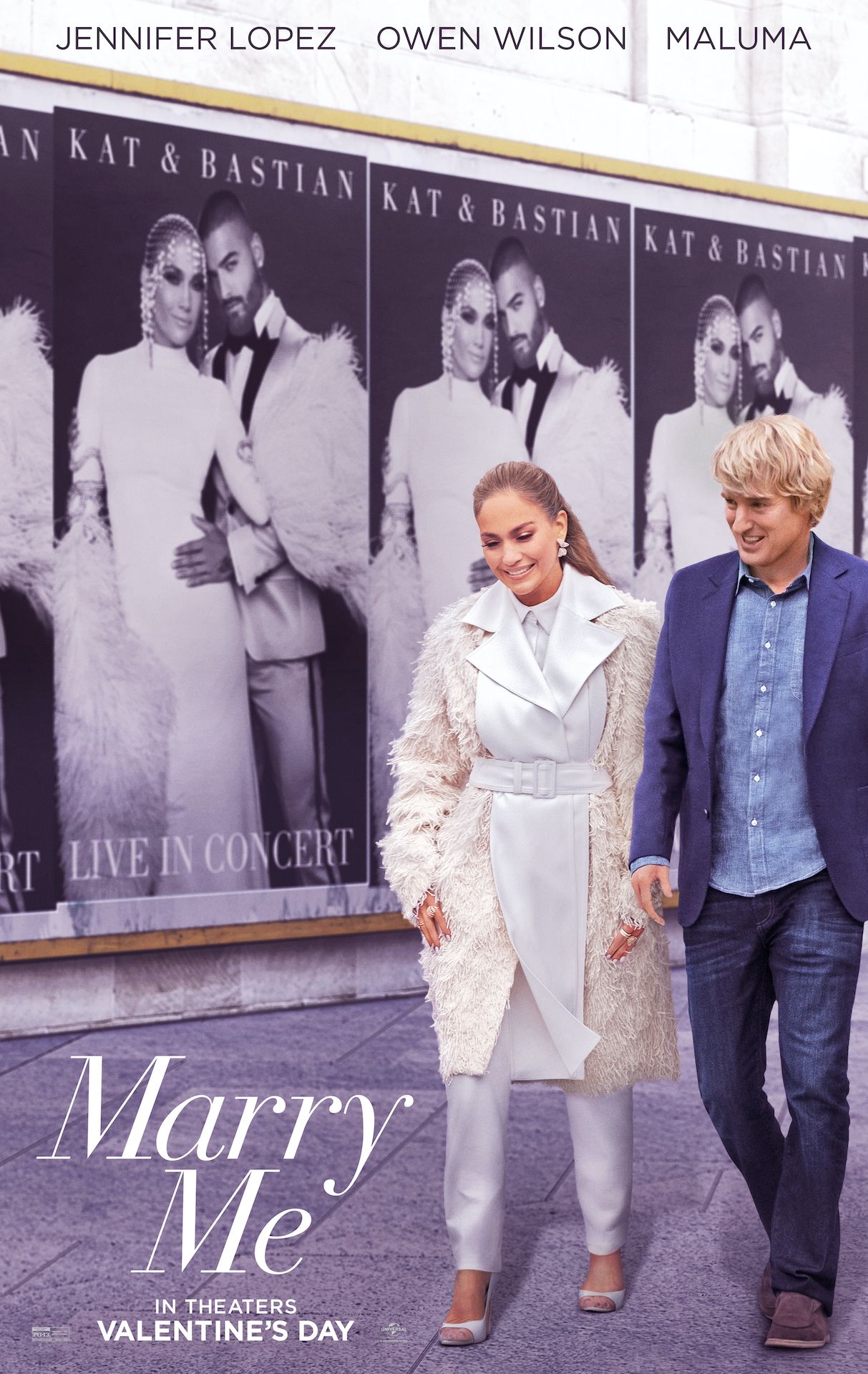 Marry Me will debut in time for next Valentine’s Day, arriving on Friday, February 11, 2022. It was originally set to arrive on February 12, 2021, but was pushed back to May 14, before being postponed again. 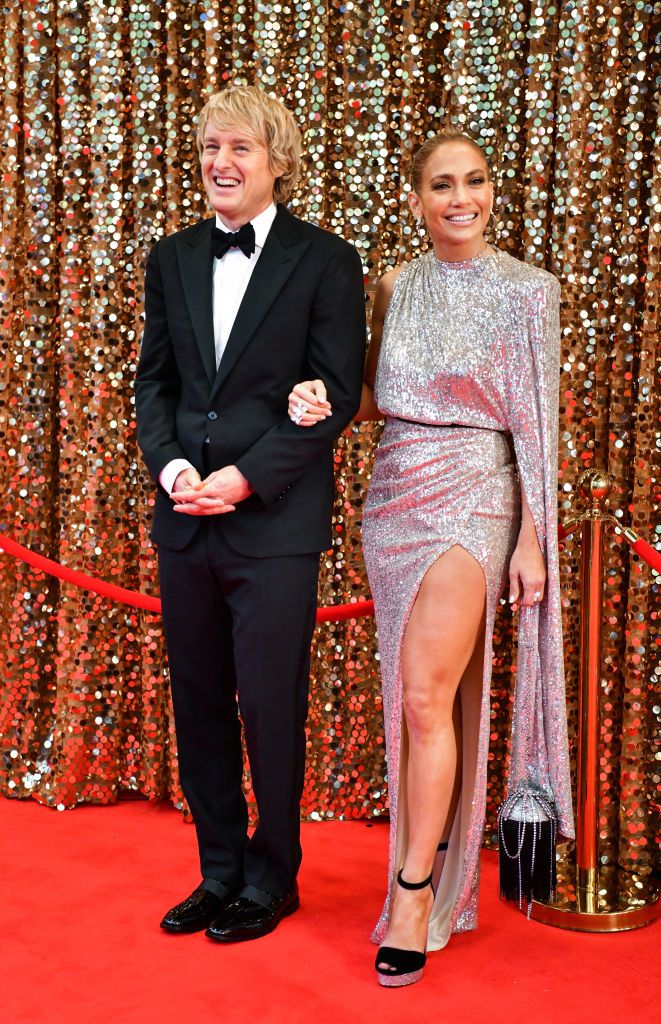 Lopez’s character is also a superstar.

Much like J.Lo, Lopez’s character, Kat Valdez, is one-half of a celebrity powerhouse couple; her partner is Maluma’s Bastian, a music icon. As superstars, their upcoming wedding is slated to be a huge spectacle—they have a joint hit called “Marry Me,” and their nuptials will be livestreamed and set in front of an audience of fans. But when Kat learns moments before walking down the aisle that Bastian has been cheating on her, she impulsively chooses to wed a random audience member instead. The lucky groom is Wilson’s Charlie Gilbert, a divorced math teacher who unwillingly attended the event at the behest of his teenage daughter and his best friend, Parker Debbs (Sarah Silverman).

“What begins as an impulsive reaction evolves into an unexpected romance,” the official synopsis reads. “But as forces conspire to separate them, the universal question arises: Can two people from such different worlds bridge the gulf between them and build a place where they both belong?”

J.Lo and Maluma will have original songs for the film.

Marry Me will be “packed” with original tracks from both Lopez and Maluma, according to Universal Pictures. A promo teaser shares a glimpse of the titular song, featuring J.Lo’s vocals.

A Dead to Me director is at the helm.

Kat Coiro, who has directed for shows including Dead to Me, Brooklyn Nine-Nine, and It’s Always Sunny in Philadelphia, sits behind the lens. Lopez is one of the producers, and so is one of her longtime collaborators, Elaine Goldsmith-Thomas, who worked on Hustlers and Maid in Manhattan. 2 Apr 21
For movie fans of all ages, few things are as dramatic or as emotional as…
TV & Movies
0