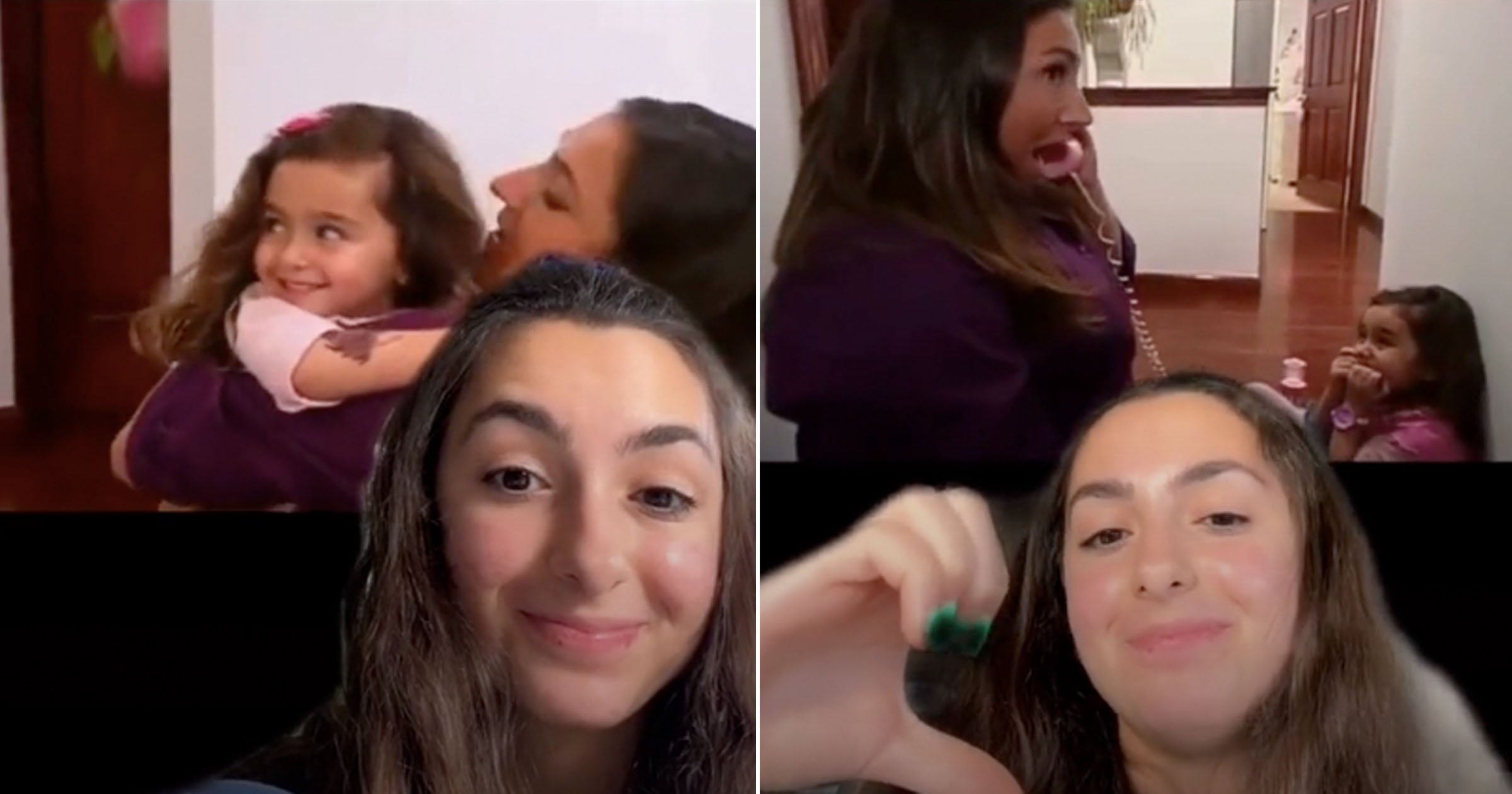 The Supernanny herself Jo Frost has nothing but love for the teen who shared a brilliant throwback from her time on the series as a misbehaving four-year-old.

Hailey Amouri’s TikTok video has gone viral after she shared a snippet of her appearance on the show in 2007, as well as a thankyou to ‘the British lady who turned me into a good kid’.

The clip has had more than 6.7million views so far, with many loving the hit of nostalgia and seeing where these kids from the show end up.

Hailey also revealed she sent a DM to Jo, who responded, with the pair bonding over the experience more than a decade on.

‘Look at you! Beautiful,’ Jo replied via DM on Instagram. ‘Send my love to your family.’

Speaking to Metro.co.uk, Jo said she was ‘touched’ Hailey reached out via Instagram, saying a lot of families keep in contact with her long after she’s visited and set them back on a path of calm familial bliss.

#supernanny has my childhood

‘I commented on what a beautiful young lady she had become and thanked her for taking the time to do such a video and pay tribute to my experience with her family.

‘[The video] has begun a loving string of teens and young parents now too reaching out via my DM on Instagram, who are also sending love from around the world for the work I do and how much it has helped them and their families, especially during this pandemic.

‘It makes my heart smile big reading them with the impact my life’s work has had in the world because this is what the work is all about – connection love and empathy.’

Jo added her hopes she’ll continue helping families on TV as the world opens up, but for now she’s concentrating on her private consultation company, which she’s had for over 15 years.

More than a decade ago Jo visited the Amouri family in Michigan where the parents needed a hand with Hailey, two-year-old twins Jianni and Julian, and one-year-old Ashton.

According to the rundown, Hailey was ‘stubborn and bossy towards her parents’ while ‘the kids also sneak out of the house and run out on the street unsupervised’.

Queen Jo is also left shocked when she discovers that Hailey has been listening to gangster rap on her mum’s MP3 player.

Ah, MP3 players…now that is a blast from the past.

So many remembered the young girl’s antics, with one commenting: ‘WAIT were you the girl that was listening to rap music?’ to which Hailey replied with a series of ‘see no evil’ emoji.

‘Supernanny really out here savings lives,’ another happy viewer mused, while one added they were ‘annoyed back in the day’ by Hailey, but ‘thanks god’ she is different now.

Supernanny is still at it, trying to bring families together and kids into line, by the way, should you want to catch up on a decades’ worth of shenanigans…

If you’ve got a celebrity story, video or pictures get in touch with the Metro.co.uk entertainment team by emailing us [email protected], calling 020 3615 2145 or by visiting our Submit Stuff page we’d love o hear from you.