“Well, we had an election yesterday,“ President Joe Biden said his afternoon from the White House. “It was a good day, I think, for democracy, and I think it was a good day for America.”

“While any seat lost is painful, some good Democrats didn’t win last night, Democrats had a strong night,” the admittedly hoarse but upbeat Commander-in-Chief added in remarks carried live on all cabler newsers and broadcast networks. “I am not going to change anything in any fundamental way,” the president made clear, noting voter “frustration” and listing off his accomplishments since taking office in 2021. 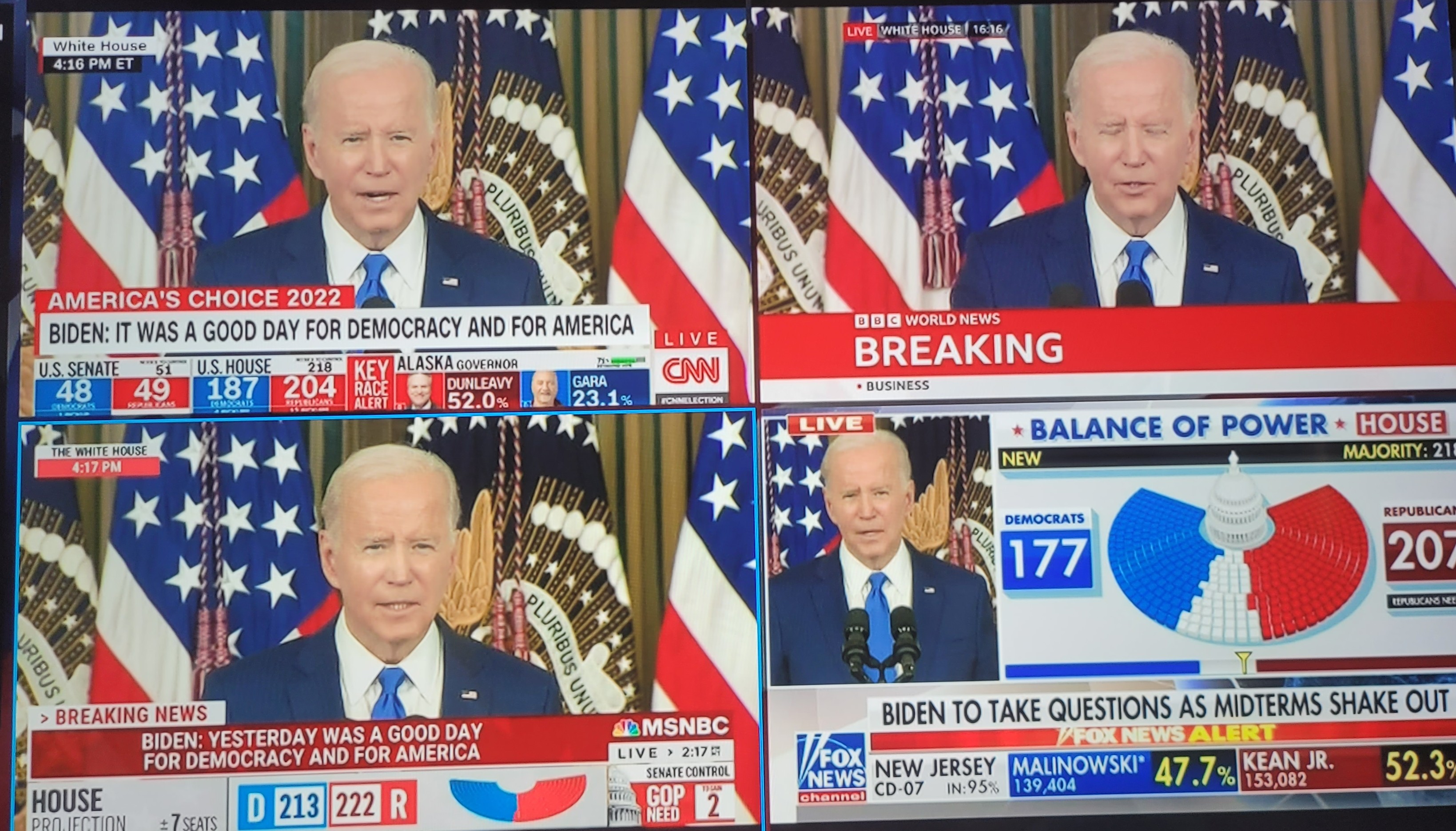 In a rare occasion where the President took formal questions at length from journalists, Biden touched on a variety of topics from the war in Ukraine, his “determined” intention to bring WNBA star Brittney Griner home from Russian imprisonment, the lack of an anticipated Red Wave for the GOP, the “almost comedy” of potential Republican Congressional probes into him, his family and cabinet, and, of course, Elon Musk.

“I think that Elon Musk’s cooperation with other countries and/or technical relationships is worthy of being looked at,” Biden replied on the newly minted Twitter boss and the minority ownership role of the Saudis on the social media platform. Noting that he was “not suggesting” Musk was doing anything “inappropriate,” POTUS refused to be drawn out more on the topic.

In fact, perhaps the most pressing question among reporters, looking to the next election. was whether Biden will run again.

“Our intention is to run again, that has been our intention, regardless of what the outcome in this election, was” Biden said in language he’s used before about his Oval Office future. POTUS said he will discuss decision with family but “I don’t feel any hurry.” He also estimated that he would make a decision early next year and intended to make sure Donald Trump doesn’t “become the next President again.”

The President also reiterated his stance on gun violence by telling the room and cameras  “I’m gonna ban assault weapons, I’m gonna try like the devil.”

Leaning into issues of the economy, crime and abortion rights as well, the President’s remarks come after a night that many incorrectly predicted would be a drubbing for Democrats. Instead, with results still coming in and a looming December 6 Senate runoff in Georgia, the GOP’s hold on the House of Representatives looks to be fragile at best and control of the upper chamber is still a toss-up. Breaking with electoral tradition, Biden and the Democrats initially seem to have emerged relatively unscathed in the midterms and the already feuding Republicans’ Red Wave never built up any force.

Biden’s statements Wednesday were a combination of victory lap and an assurance that he gets that people are still frustrated. The Democrats’ unexpectedly good performance was largely that the party beat expectations and it could have been worse. But the president also implicitly acknowledged that the Republicans would control one of both chambers of Congress by outlining what he would not accept when it comes to potential legislation.

“I am not going to support any Republican proposal that is going to make inflation worse,” Biden said, as he also promised to “work across the aisles.” At the same time, Biden promised to stop any GOP attempt to cut Social Security and he said he would veto any national abortion ban bill that got to his desk.

In an opening salvo of sorts fort the new realities and setting the stage for today’s 45-minute press conference, just before Biden walked out to the podium, the White House put out a video of POTUS congratulating winning Democrats last night:

As races in Nevada and Arizona remain unresolved, the Georgia battle between incumbent Sen. Raphael Warnock and GOP challenger Herschel Walker is set for a runoff early next month with neither candidate getting more than 50% of the vote in the Peach State. Biden, Vice President Kamala Harris, former president Barack Obama and other Democratic superstars are all expected to hit the stump for Warnock in the next three weeks.

30 Jun 20
Some couples in the 90-Day Fiancé franchise are enduring and fan favorites. On the other hand, some…
TV & Movies
0