Oscar winning Get Out filmmaker Jordan Peele has announced the title of his next horror movie which has been shrouded in secrecy, and it’s Nope. Peele made the news known on his social media channels and revealed the title in a poster.

The poster reveals a cloud at night with a kite flag tail attached, above a lit mountainside town. No logline was provided. The pic’s release date, which was already announced, is dated for July 22, 2022. 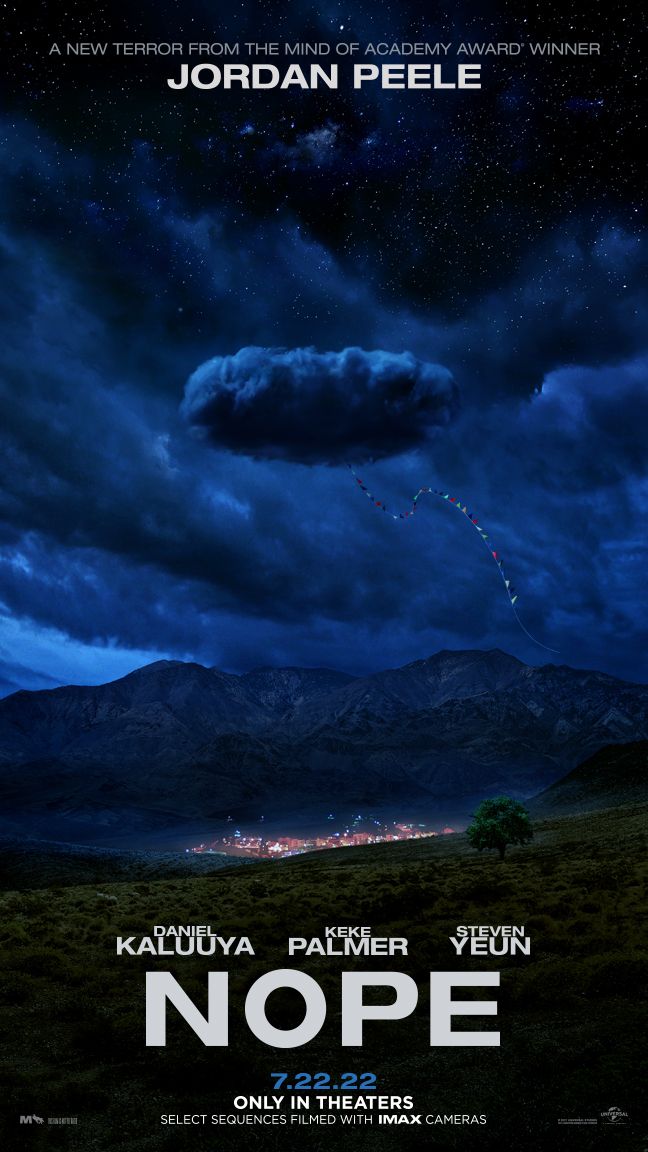