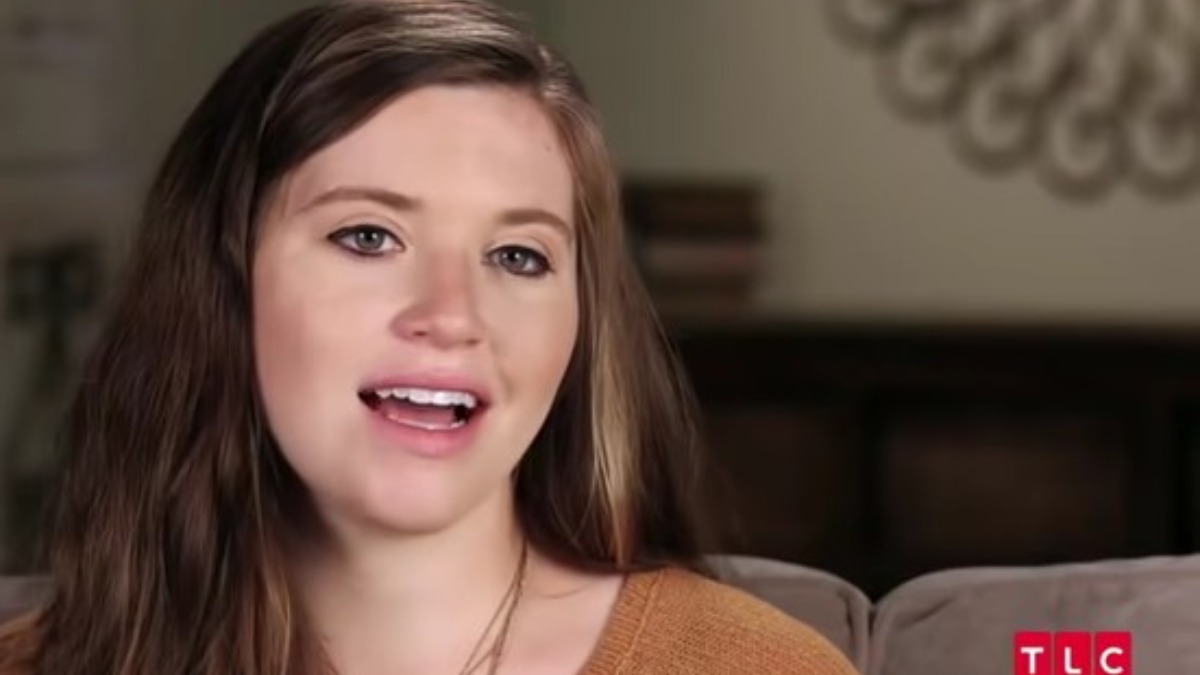 Joy-Anna Duggar is showing off Evelyn Mae and Counting On fans still can’t get over how much she looks like Austin Forsyth.

The reality star and her family have been spending time with family and Evelyn Mae is growing up so fast. She is already a month old, and they are enjoying doting on the baby girl as much as they can.

In the most recent photos shared by Joy-Anna Duggar, Evelyn Mae looks just like Austin Forsyth. It isn’t surprising, as Gideon also looks like a spitting image of his dad.

It has been a little over a month since Joy-Anna and Austin welcomed their little girl. They were incredibly excited about her arrival, especially after the tragedy they suffered in 2019 with their daughter, Annabell Elise.

The Forysth genes appear to dominate the Duggar genes when it comes to the little ones. Both Gideon and Evelyn look like their dad. Counting On fans continue to mention the resemblance when Joy-Anna Duggar shares new photos. 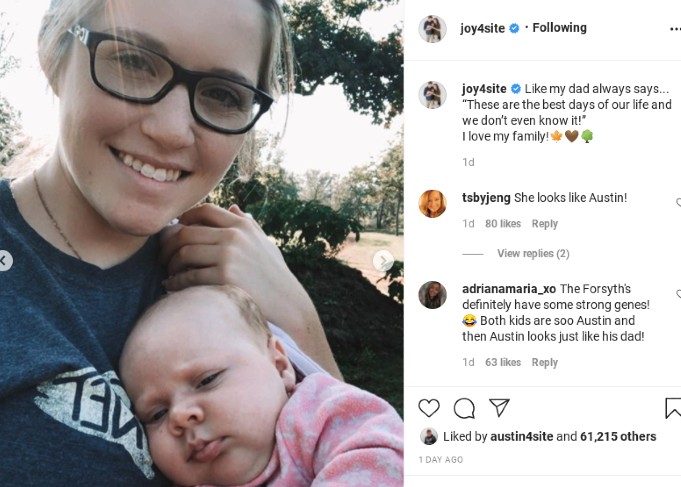 Will Evelyn Mae be a part of Counting On?

At this point, TLC has yet to renew the series for Season 12. It is likely that Counting On will return, especially with two more baby girls on the way and Justin Duggar and Claire Spivey’s courtship.

Jessa Duggar recently confirmed that Joy-Anna Duggar and Austin Forsyth are still very much a part of the show. This was a direct contradiction to what Derick Dillard had said at the beginning of the season.

There has not been a TLC video of Evelyn’s birth, so it is unclear if Joy-Anna and Austin just decided to not film it with the network. They did share it on YouTube, though.

Eventually, Joy-Anna Duggar will likely address her status with the show. For now, she is enjoying her daughter and working toward easing into life as a mom of two little ones who need all of her attention. Gideon is adventurous and keeps her on her toes, so she is busier than ever right now.

A new adventure is beginning and Joy-Anna is enjoying watching her little one grow and seeing Counting On fans gush over how fast time is flying and how big her daughter is getting.

Counting On is currently on hiatus.

2 Dec 20
We will use your email address only for sending you newsletters. Please see our Privacy…
TV & Movies
0