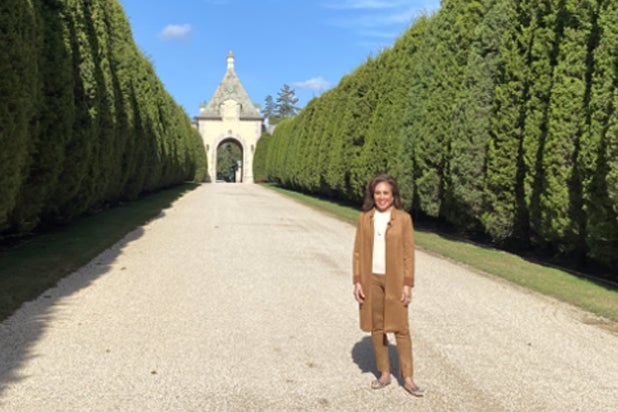 Fox News’ Judge Jeanine Pirro is stepping out from behind the bench and will host the network’s new show, “Castles USA,” which has a limited run on the Fox Nation streaming service.

The limited series runs five episodes in which Pirro tours famous castles and mansions in the United States and samples architectural and cultural histories. All five episodes are available to stream at Fox Nation’s website.

The first episode of “Castles USA” takes viewers behind the velvet ropes at The Breakers, one of Rhode Island’s Newport mansions, and Pirro was excited to explore all 125,339 square feet and five floors.

Originally built for Cornelius Vanderbilt II for a cool $12.8 million as a “summer cottage,” The Breakers mansion became a National Historic Landmark in 1994 and is one of the most recognizable monuments to the nation’s Gilded Age. It’s also a crown jewel in Newport’s row of mansions on historic Bellevue Ave.

“Newport was truly spectacular and a sparkling gem in America’s crown,” Pirro said about filming the first episode. “The next episode I do in Newport will be called my vacation,” she added.

While most people associate castles with Europe, Pirro told TheWrap curiosity led her hosting this show. When asked why she chose to focus on castles in the States, Pirro said, “because there was a pandemic and I was curious about the number of castles in the U.S.”

Pirro double-majored in law and medieval history at the University of Buffalo, and said she was excited to put that history degree to use in “Castles USA.” The show is a departure from her typical fiery TV appearances supporting President Trump and the GOP, but Pirro told TheWrap she’s frequently interested in stories that aren’t political.

“I often think about issues other than politics,” Pirro said. “I love to cook, dance, play with my dogs…. Plus, I actually majored in medieval history.”