”Do not sing for the murderers of my beloved Jamal,“ Hatice Cengiz writes 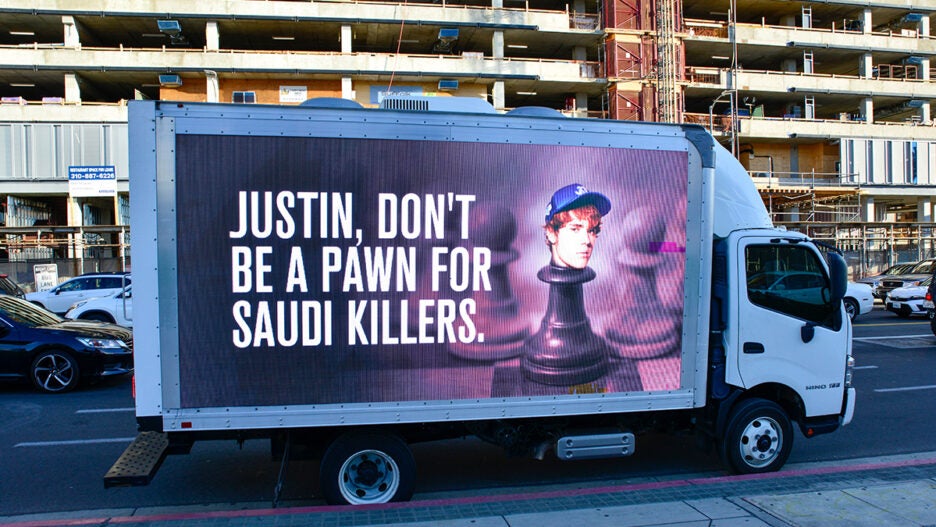 “Do not sing for the murderers of my beloved Jamal,” Hatice Cengiz wrote in a letter published Saturday in the Washington Post, urging the pop star to “send a powerful message to the world that your name and talent will not be used to restore the reputation of a regime that kills its critics.”

A U.S. intelligence report in February implicated Saudi Arabian Crown Prince Mohammed bin Salman in the 2018 murder of Khashoggi in the Saudi consulate in Istanbul, Turkey. Khashoggi, a Saudi-born U.S. resident who wrote opinion columns critical of the Saudi regime, was killed and dismembered by a team of operatives with ties to bin Salman. The crown prince has denied any involvement.

Bieber is among many music stars — including A$AP Rocky, David Guetta, Tiesto and Jason Derulo — scheduled to perform in Jeddah, the country’s second largest city, as part of festivities around the Formula One Saudi Arabian Grand Prix.

In her letter, Cengiz cited a previous post by Bieber — in which he wrote,“I want to use the platform I have to remind people that racism is evil and it is ingrained in our culture” — to encourage him to act on his words.

“Considering this very honorable commitment that you have made to take a stand against injustice, please use your platform now to support the cause of human rights in Saudi Arabia,” she wrote. “This year, you released an album that you titled ‘Justice.’ You also released one titled ‘Freedom.’ Saudi Arabia is in dire need of both.”

Representatives for Bieber did not immediately respond to TheWrap’s request for comment.

“If you refuse to be a pawn of MBS, your message will be loud and clear: I do not perform for dictators,” Cengiz concluded. “I choose justice and freedom over money.” 10 Feb 20
Hopkins will have oversight of Amazon Studios Winter is here and with it, naturally, comes…
TV & Movies
0