Kajillionaire is a new film starring Evan Rachel Wood of Westworld fame and Jane the Virgin’s Gina Rodriguez. The film focuses on Old Dolio, thus named in an attempt to gain money from a formerly homeless millionaire in the hope of getting her named in his will.

This is just one example of some of the quirky aspects of a film which is, despite its oddball style, full of heart.

Kajillionaire’s Old Dolio (played by Evan Rachel Wood) is a young woman who, with her parents, do some low-level heists and crimes to keep themselves afloat.

Her parents (Debra Winger and Richard Jenkins) are real low-lifes, happily forcing their daughter into Catholic schoolgirl uniforms to gain a quick buck, or sending her to stand-in for classes for a mere $20.

However, this is the life she knows, so Old Dolio lives it with little satisfaction, barely knowing what more there is to life. 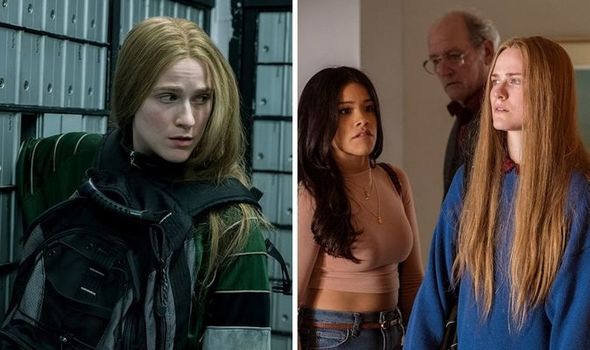 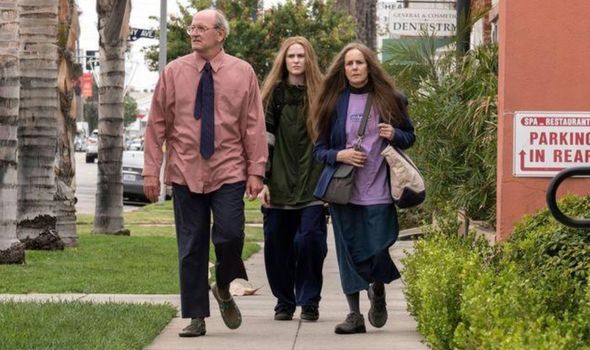 Her first taste of something more comes from an odd encounter in a massage parlour, where being touched even a tiny amount leaves her nervous and in tears, having never felt warmth from another human being.

This is then multiplied with the arrival of Melanie, (Gina Rodriguez) a good-looking young woman recruited to help steal money from the elderly who helps Old Dolio feel some of the first feelings she has ever known: jealousy.

As time progresses the desire for more than her distant parents and low-level crimes begins to overtake, as her parents and Melanie begin to play vital roles in her growth.

There is no question the film has some odd moments, but some of them almost seem to be adding to the strangeness of this family’s situation. 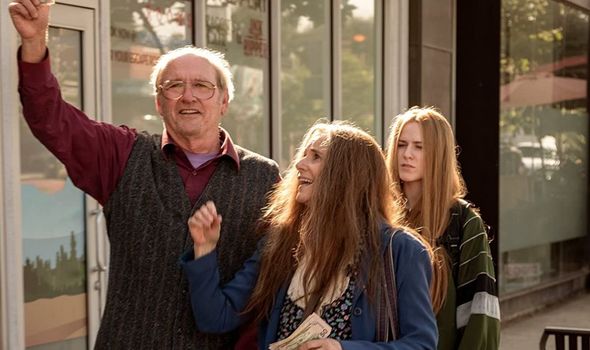 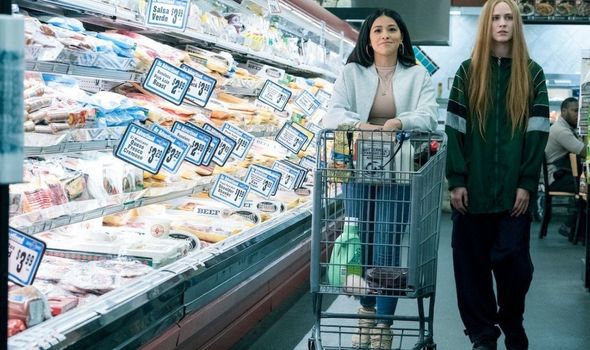 The trio have synchronised watches so they can be prepared to clean the walls in their apartment (which is really an old office block) which leaks bubbles from the adjoining factory at specific intervals.

As well as this, as Old Dolio speaks of regularly, they ‘split everything three ways,’ even since she was a child, showing how the role of parenting seems not to be something which has ever occurred in the family.

Evan Rachel Wood plays a young woman with the naivety of a child yet the wily scheming mind of a criminal, who the audience becomes desperate to see succeed despite her circumstances.

Winger and Jenkins are brilliantly clumsy yet conniving, while Rodriguez’s portrayal brings a grounding in a reality which this family would certainly not have without her (though Melanie’s motivation for ever teaming up with them is hard to work out.)

While this film will not be everyone’s cup of tea due to its off-beat tone and strange antics, its heart lies in the hope of seeing Old Dolio escape and become a fully-fledged human being, living a life she has been deprived of for years.

It may not be the saving grace the cinema needs at this moment, but it would certainly be worth more than the price of admission.

For those who love a quirky comedy, this is definitely one to see.

Kajillionaire is in cinemas now

Lily Allen is in it for the long haul with husband David Harbour after admitting she ‘would like’ their marriage...

More treats, less tricks! On Tuesday, both Venus and Mercury enter romantic Libra. Since Mercury is still retrograde, the zodiac...