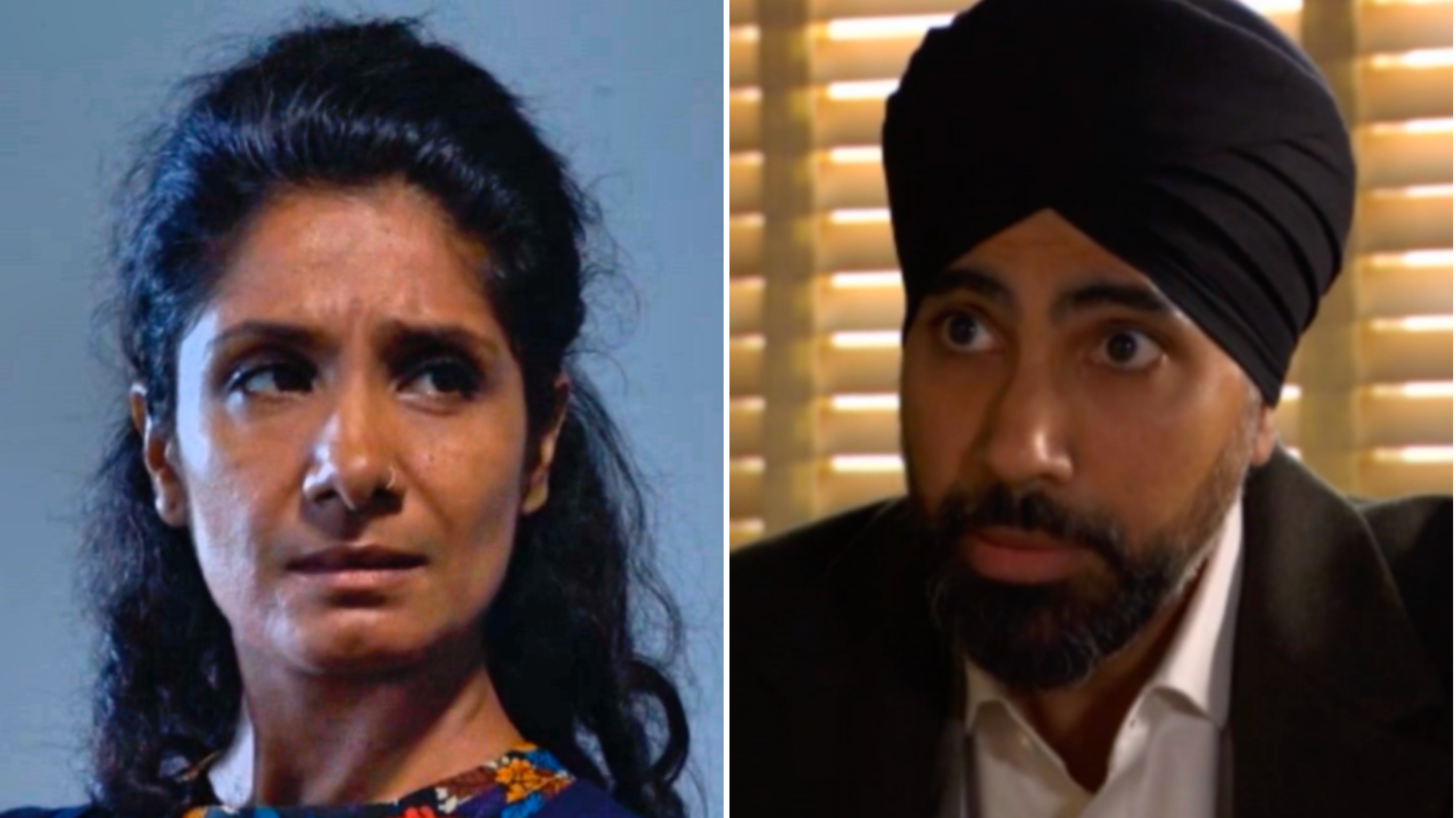 Kheerat Panesar (Jaz Singh Deol) is set to make the ultimate sacrifice to save mum Suki (Balvinder Sopal) in EastEnders as he prepares to confess to a crime he did not commit.

Suki was arrested earlier this week for Ranveer Gulati’s murder, a crime that she believes that she is responsible for, after real killer Ravi (Aaron Thiara) failed to back up her version of events.

Ravi, however, had a pang of guilt over throwing Suki under the bus, and thus told Kheerat the truth, admitting that he’s in cahoots with Nina Gupta (Hersha Verity), who insisted he paint Suki as the killer with the police.

Kheerat was fuming with Ravi, but his attention was soon elsewhere, as Ravi admitted that Nina has a USB stick containing evidence of Suki striking Ranveer, which she intended to hand over to the police.

Ash (Gurlaine Kaur Garcha), who got wind of the truth via text message, did her best to stop Nina from leaving the surgery with the USB stick – but a fight broke out between the two, as Nina came to realise that Ravi had sided with his family instead of her.

In a moment of rage, the GP told the Panesars that Ravi was the one who really killed Ranveer!

Ravi, however, being the expert liar that he is, managed to covered his tracks incredibly well, as he made out that his siblings were lying.

Kheerat, meanwhile, struggled to get his head around the fact that Suki could be facing a life in prison, and matters were complicated further when he discovered that – despite their mission to retrieve the USB stick – the police would be checking a laptop that potentially contained the footage.

Determined to protect his mum, Kheerat approached Eve Unwin (Heather Peace) and asked her that if he confessed to killing Ranveer, would Suki walk free.

Will Kheerat take the blame for the crime in order to save his mum? Will he end up behind bars for a crime he didn’t even commit?

EastEnders continues on Thursday November 10 at 7:30pm on BBC One. 24 May 22
Richard Madeley: Significant number of viewers fed up of partygateWe use your sign-up to provide…
TV & Movies
0