The rap duo, Kid ‘n Play, produced some of the most iconic party music of the late 80s and early 90s. The upbeat jams, electric concerts, and catchy hooks took many music-lovers to their proverbial happy place. Now, Christopher Reid, better known by his stage name Kid from Kid ‘N Play, is giving fans something else to smile about with his feel-good Instagram posts. 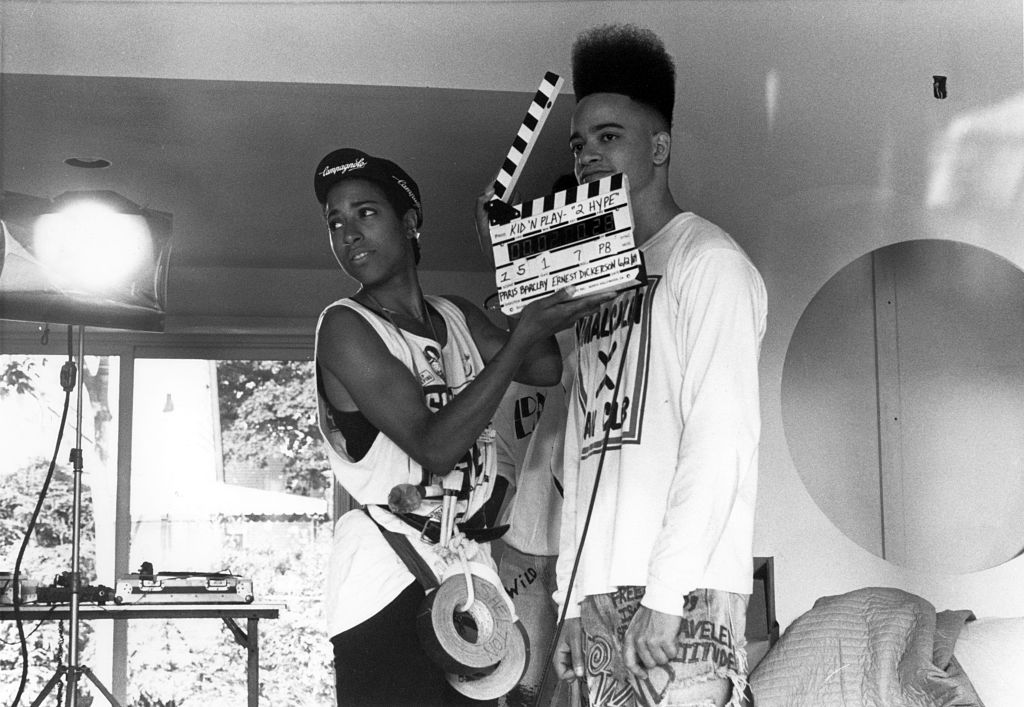 Reidand his music partner, Christopher ‘Play’ Martin, released their debut album, 2Hype in 1988, followed by Kid ‘n Play Funhouse in 1990, and Facethe Nation in 1991. They inspired fans across the nation with unique dancemoves and captivated audiences with their likable personalities.

They also became style influencers with their distinctive fashion and hairstyle choices. As teens around the country imitated the rappers, Reid in particular, helped push the hi-top fade haircut trend into the stratosphere. With unimaginable star power, the artists leveraged their popularity by quickly moving from music to movies.

“When Kid n’ Play is on the mic”….you know what it is yo #kidnplay #tourlife #2hype #HipHopFoLife

House Party was a critical and commercial success, scoring 93% on the Rotten Tomatoes Tomatometer, and spawning four sequels, in which Reid and Martin returned for three. Deadline reported that “Old Town Road” music video director, Calmatic, will direct a LeBron James-produced reboot of House Party.

Asidefrom the House Party series, Kid ‘n Play teamed up for otherfilms, including Class Act, Bodyguards, and Funny Business. Reidalso scored other roles on television and on the big screen as an actor,comedian, and television presenter.

Kidthrew a “Stuck in the ‘House Party’”

Like most of the country, Reid is riding out the coronavirus (COVID-19) pandemic at home. As fans stay inside to flatten the curve, they can receive an emotional boost from some of Kid’s witty Instagram snaps and puns.

On April 5, the rapper-turned-actor celebrated his 56th birthday with a “Stuck in the House Party” live on Instagram. The promotional image he posted reimagined the House Party 2 publicity poster. In the caption, he wrote, “It’s Kid’s Birfday!!!!…..Rock wit us. You can’t go nowhere anyway.”

Kidgot into the springtime spirit with bunny ears

Instagramfollowers accepted the challenge of suggesting a new name for the funnyman inthe comments. One fan advocated for “Bunny the Kid,” while another proposed the timely pun, “QuaranKid.”

Kidtook a moment to reminisce about the past

Reid posted a photo of his younger self rocking his signature hi-top fade and an Oakland Raiders jacket. In the caption, he wrote, “Way back Wednesday, yo. Peep your boy Young Flaco, before the world went crazy.”

Fans got into the nostalgic mood as well with comments like this one that says, “Bro bring that high top back.”

Another follower joined the conversation by simply responding with, “House Party days.” Fortunately for that fan and others, they can catch House Party on April 12 at 7 p.m. on VICE. 22 Sep 21
Strictly: Nina Wadia walks away after finding out her danceWe use your sign-up to provide…
TV & Movies
0