Knightfall returns for a second series tonight as Landry du Lauzon (played by Tom Bateman) fears for his life as King Philip IV of France (Ed Stoppard) sets his sights on revenge after the shocking ending to season one.

Landry embarked on a dangerous affair with Queen Joan of France and Navarre (Olivia Ross), the wife of King Philip during season one and viewers will see the fallout of their forbidden romance in upcoming episodes.

Their affair came to a tragic end when Philip discovered his wife was pregnant with Landry’s baby and murdered her as punishment.

However Landry’s daughter miraculously survived and the senior brother of the Knights Templar must make a heartbreaking decision with regards to fatherhood.

“Landry knows that he can’t be a good father, partly because being in close proximity to her he knows Philip will be trying to hunt him down and partly because he feels like everything that he touches turns to dust,” Tom revealed.

“He gives up his daughter but looks for redemption in the eyes of God and his brothers and ultimately in himself, he’s trying to find the person everyone believes he is or at least the person he was.”

Ahead of the season two launch, Tom opened up in an exclusive interview with Express.co.uk on what fans of the show can expect from his character when the series hits UK screens.

Tom continued: “I love a good redemption story and the writers have done an amazing job of deconstructing and rebuilding Landry in season two.

“Season two is essentially a redemption ark for Landry he is paying the price for his transgressions of season one.

“When season two starts he is at his lowest ebb and feels like he is toxic but he has this daughter which is the one thing that is keeping him alive.” 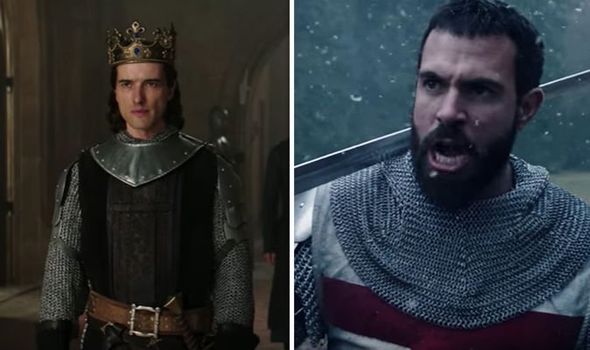 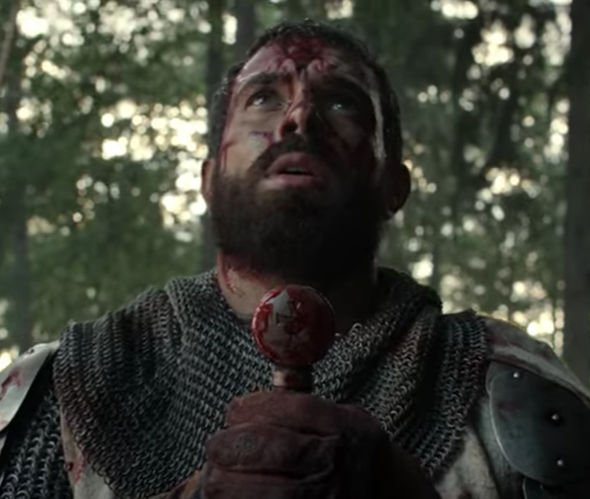 Despite sacrificing his chance to be a father, Landry knows that Philip will still be out for revenge.

Could Landry’s past finally catch up with him as the King hunts him down and kills him?

Meanwhile Knightfall star Tom has revealed what it’s like to play the tormented knight.

When asked if he enjoys the role, Tom admitted: “I do, he’s super super complex and not always the most likeable person but that’s what I like.

“He’s always trying to be better and do the right thing and I like watching someone go on their journey.”

Season two of the historical drama will hint at the fall of the Knights Templar after a first series which focussed on the Holy Grail.

At the end of season one it looked like the Knights had found the relic but Templar Master Berenger (Peter O’Meara) discovered it might not be the real grail after all.

The new series is set in 1307 and will hint at the fall of the Knights Templar which was disbanded in 1312.

Discussing the possibility of a third series, Tom remarked: “Season two finishes in a way that feels very conclusive and satisfying but its a very breathless show and forward facing show and there’s still a lot more stories to tell.

“We would like to do but if there wasn’t a season three people will still feel satisfied.” 5 Dec 20
Isla Fisher has definitely made it as an actor. She’s been working for nearly 30…
TV & Movies
0