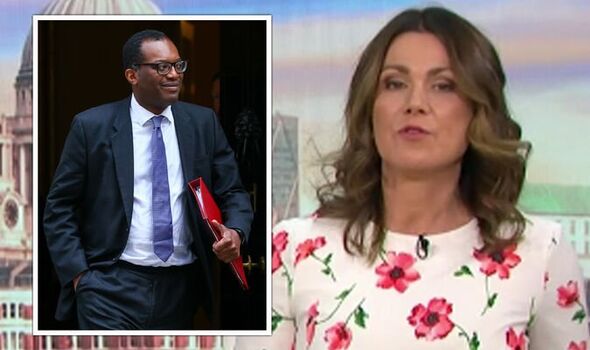 Following further resignations and even a sacking, Kwasi Kwarteng decided he didn’t want to chat about the state of the Conservative Party on Good Morning Britain. Susanna Reid explained the Secretary of State for Business, Energy and Industrial Strategy was scheduled to appear on the breakfast show but just moments after it was revealed Damian Hinds had resigned, she revealed Kwarteng would no longer be joining them.

Reid explained former Health Secretary, Matt Hancock, would instead be appearing on the show to give his thoughts on Boris Johnson’s position as leader of the Tory party.

There have been several calls for the Prime Minister to step down as leader, including from Michael Gove who was later sacked. 14 Jul 21
They ended their relationship last year following him coming out as gay, but popular This…
TV & Movies
0