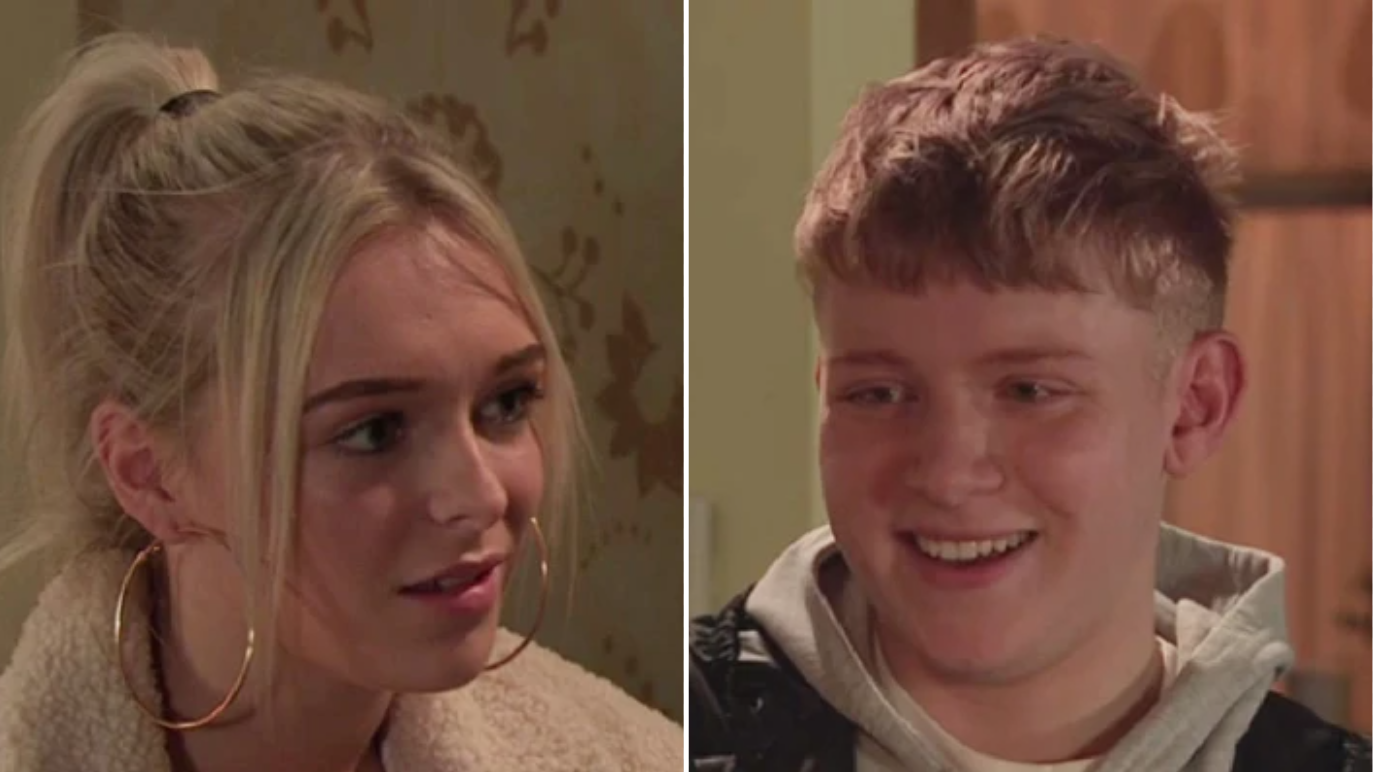 Max Turner (Paddy Bever) is continuing to fall for newcomer Lauren (Cait Fitton) in Coronation Street and in turn, he is also absorbing and growing to believe her extreme far-right views.

We saw this during Monday’s edition of the ITV soap, when Lauren alluded to Max that Daryan – an Iranian refugee – was getting special treatment while working at Speed Daal because of his race.

Tonight, a cheerful Max headed to the restaurant for another shift, his mood further being lifted when Lauren surprised him.

However, as Lauren was left on her own, she was visibly uncomfortable and when Daryan approached, she pretended to feel unwell and told Max she would like to leave.

Back at Griff’s (Michael Condron) flat, Lauren lied to Max and said that Daryan had made many comments towards her when he wasn’t around, prompting her to lie about feeling sick and wanting to go.

Max’s feelings for Lauren led him to confronting Daryan, leaving the teen to apologise, fully aware he hadn’t actually done anything wrong.

In Victoria Garden, Daryan approached Lauren and Max again and attempted to chat, but Lauren made another horrific, racist comment about Daryan and Alya (Sair Khan), telling him that ‘your lot always stick together’.

This bothered Max as later, he wondered what Lauren meant.

Lauren tried to make light of it, saying that she didn’t mean anything by it and how ‘people from the same culture should stick together, it’s not racist, it’s just common sense’.

Max didn’t take the conversation any further as Lauren started to seduce him.

They admitted they liked each other, kissed, and headed upstairs.