Lily James is a blonde bombshell in the first photos from the set of her new Hulu series, Pam & Tommy. James is set to star as Pamela Anderson in the miniseries series, which is set to revolve around Anderson and Tommy Lee’s whirlwind romance — the former couple married on the beach in Mexico in 1995 after knowing each other for only 96 hours — and ensuing sex tape scandal.

In the photo, James was seen with platinum blonde hair, which was styled in a teased updo. She also rocked thick fringe bangs which Anderson was known to sport in the ’90s. The Rebecca star’s makeup was masked by a face shield and her outfit was cleverly hid by a vibrant coral and pink robe and flip-flops. 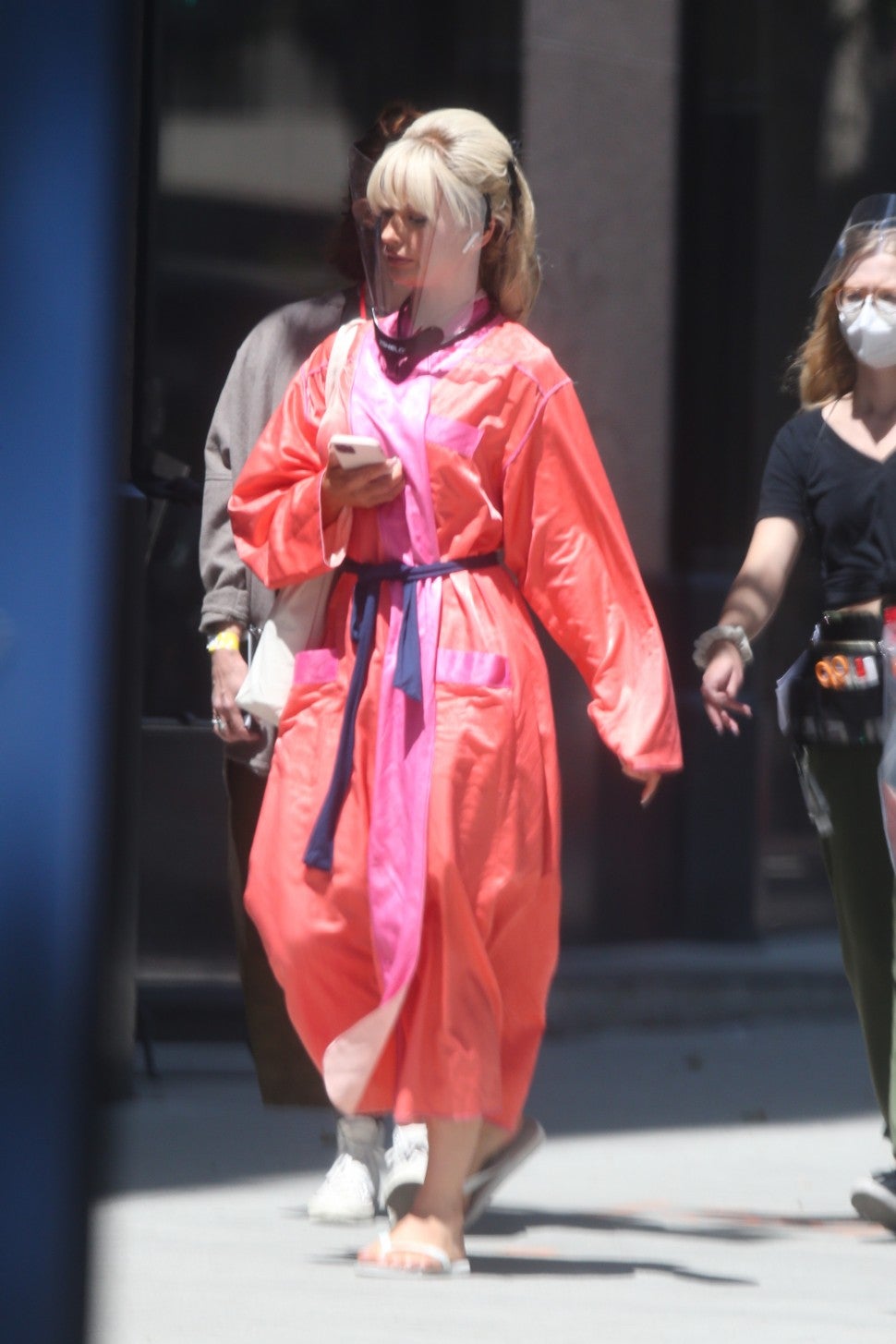 While the 32-year-old actress hasn’t made mention of the project on social media, Sebastian Stan confirmed his casting as Tommy Lee on his Instagram Stories back in December, captioning it with a string of emojis: Dynamite, theater masks, a knife and heart. 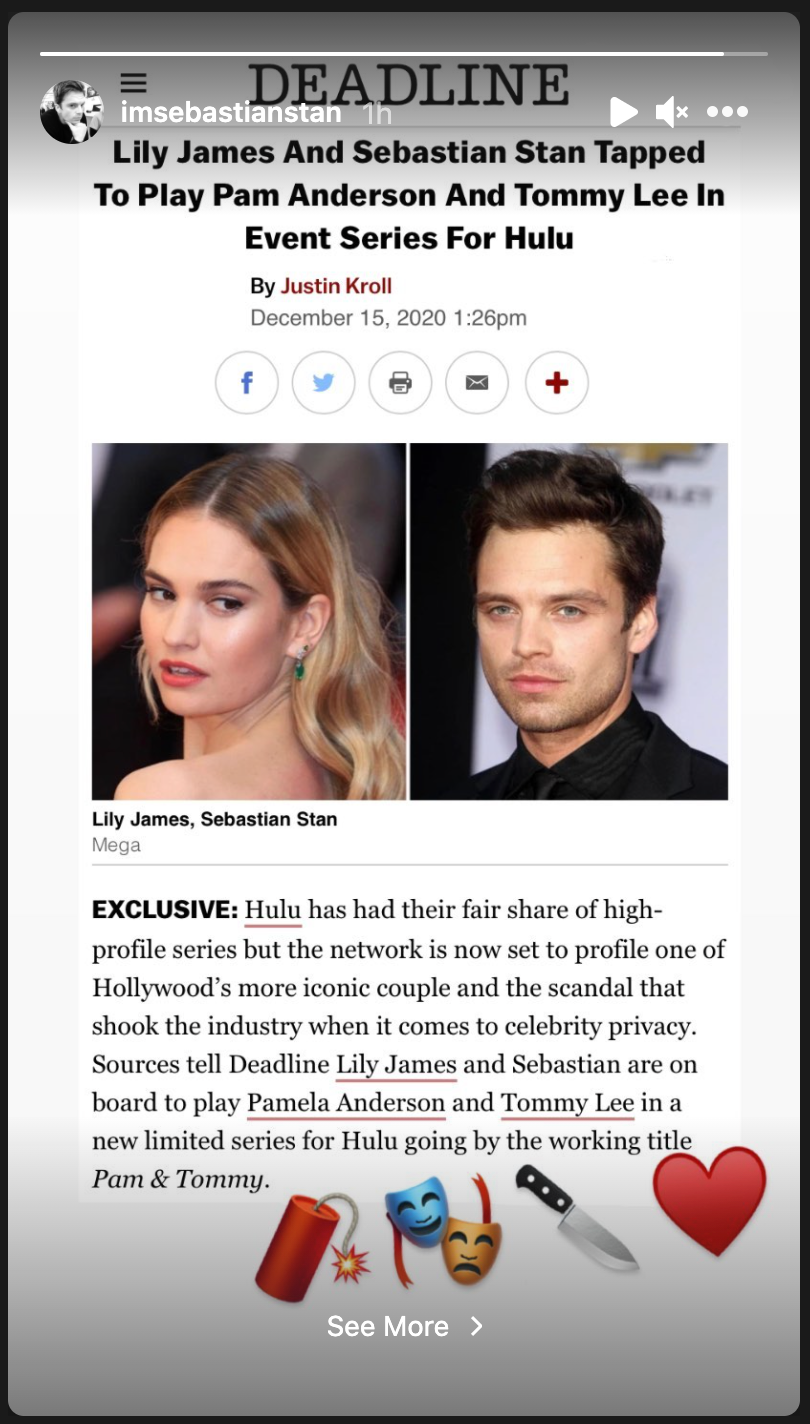 Rob Siegel (The Wrestler) will script the eight-episode series, to be directed by I, Tonya‘s Craig Gillespie which is sure to be filled with much more ’90s fashion, and all things Baywatch and Mötley Crüe than we got a glimpse of in this first photo.