LOVE Island's reunion show last night was meant to be a celebration of the series – but descended into a string of awkward questions and bitter confrontations.

The tension was high from the start, when Amy Hart stormed off the set after being forced to face her ex Curtis Pritchard and new girlfriend Maura Higgins. 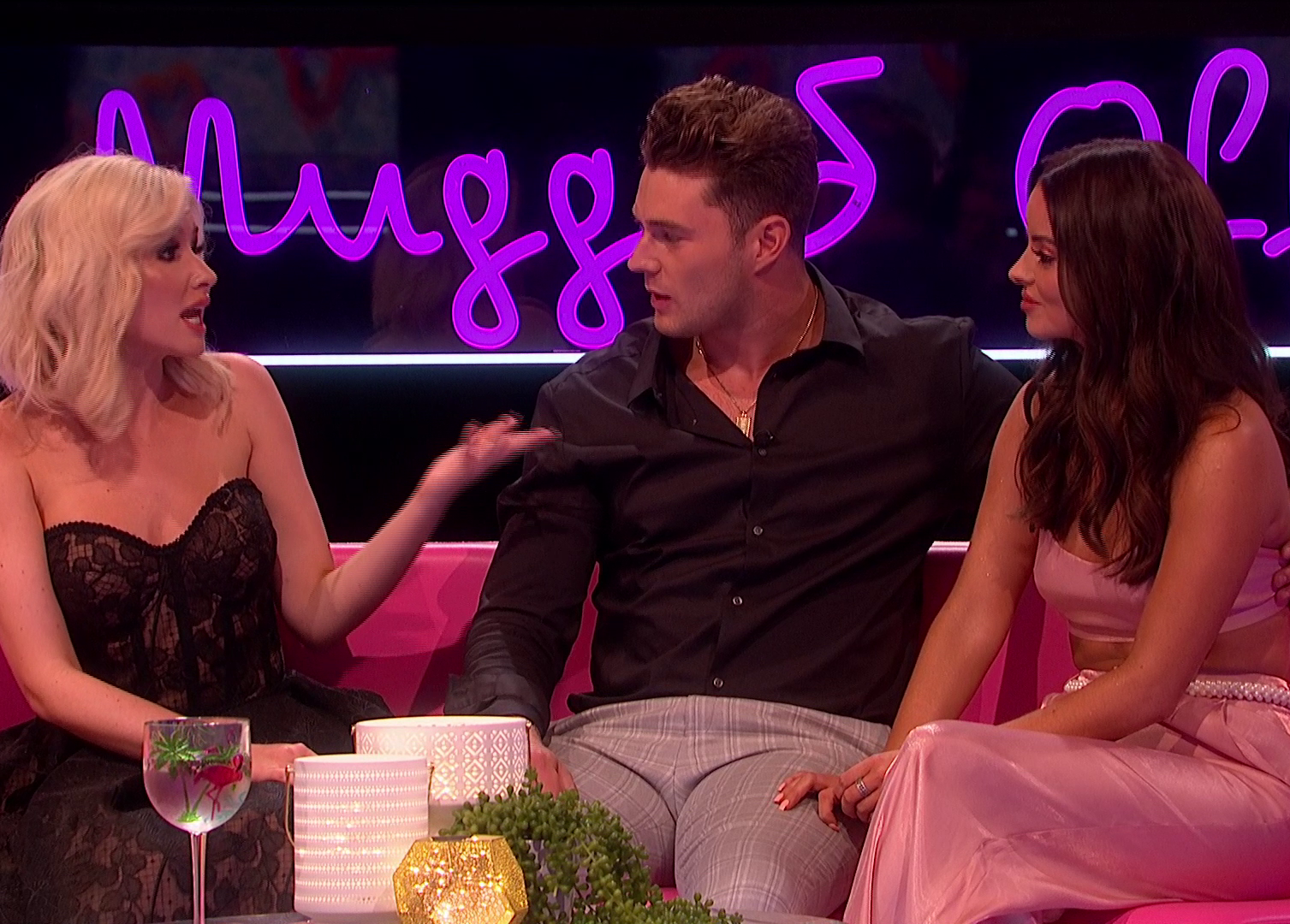 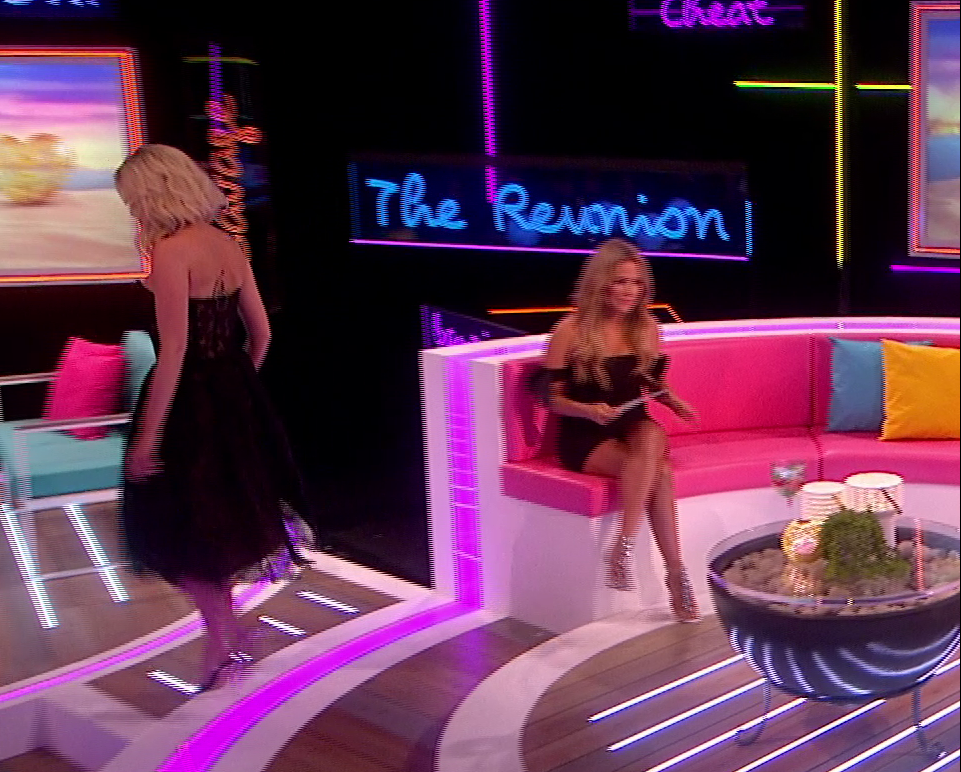 The 27-year-old had looked increasingly uncomfortable after meeting Curtis for the first time since the villa on TV.

When asked if they'd still have split if his head hadn't been turned in Casa Amor, the 23-year-old ballroom dancer left an enormous pause before saying: "It happened how it did and it would have come out anyway.

"It wasn't 100 per cent right. It would have ended up happening even if Casa Amor didn't appear."

The interview ended when Amy walked off in front of host Caroline Flack to applause from the studio audience. 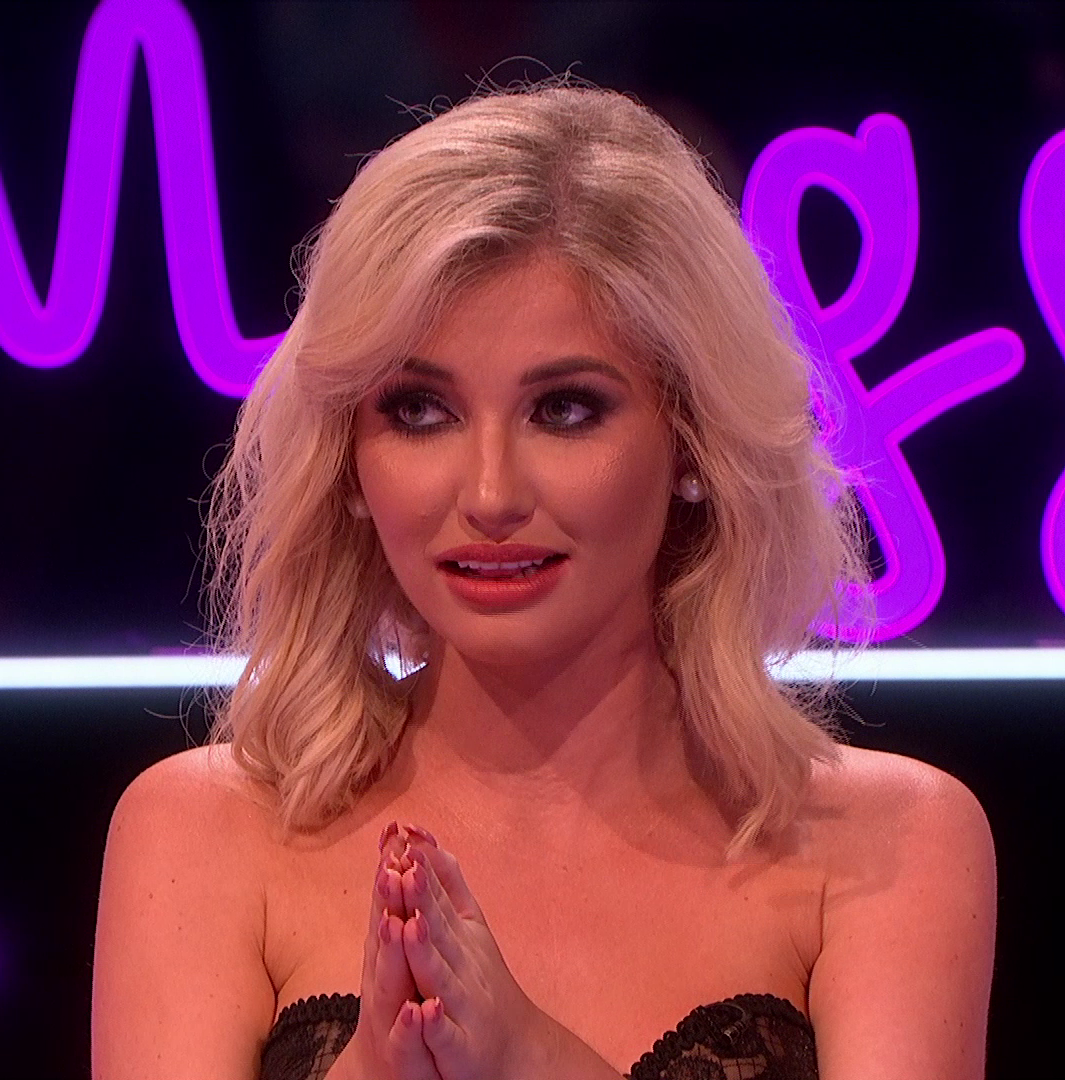 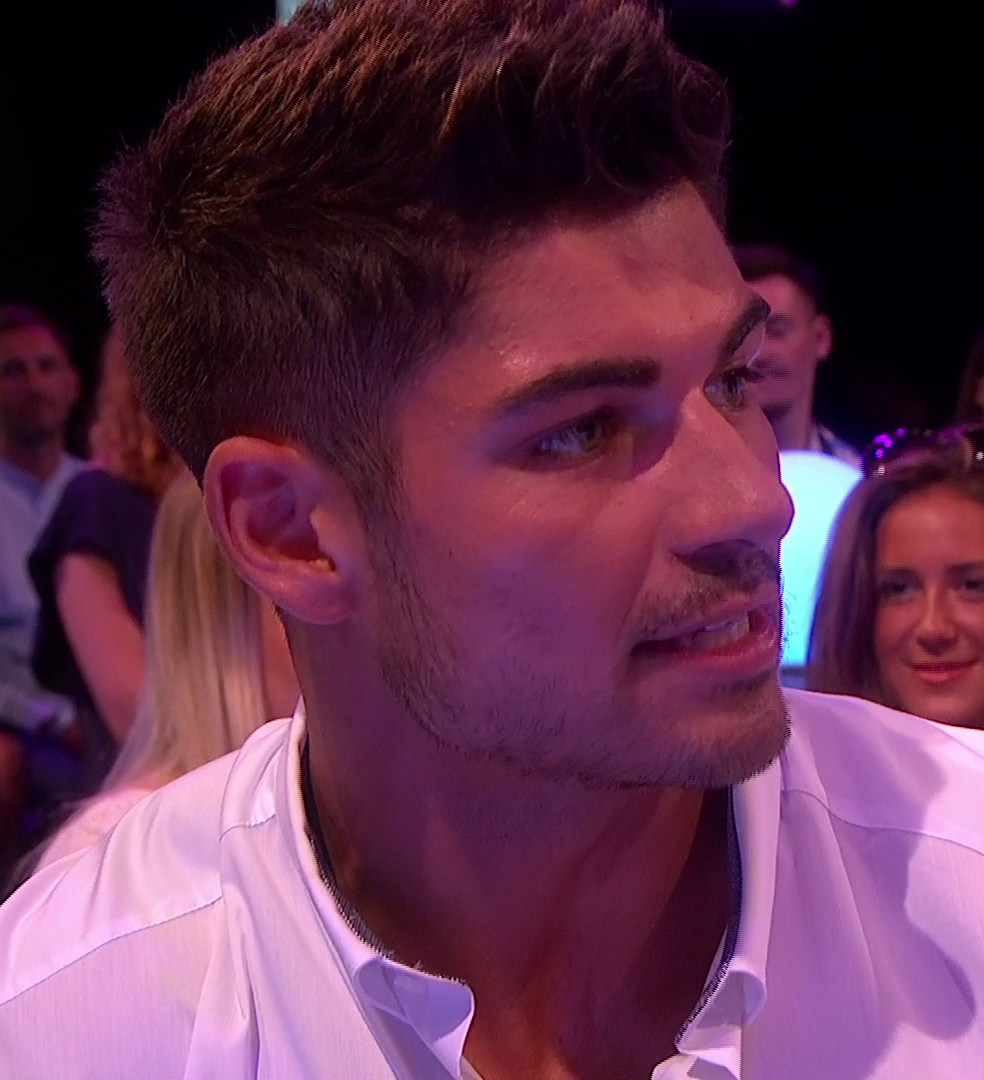 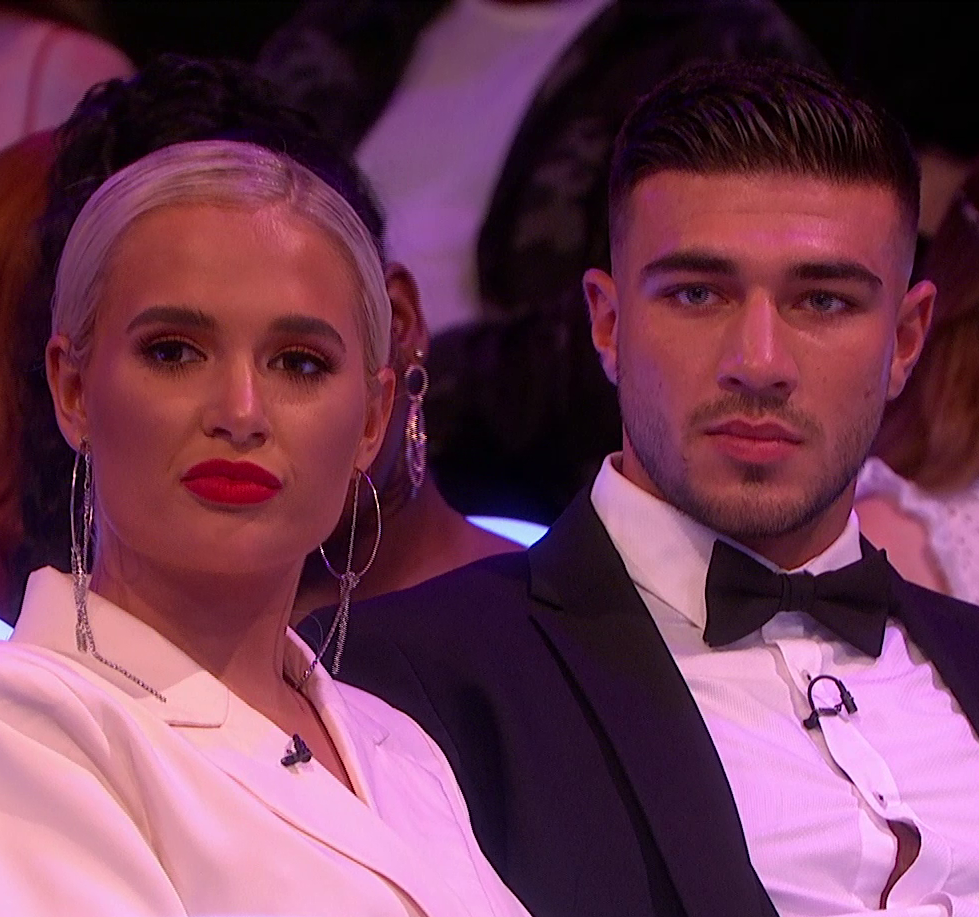 As one viewer put it: "The whole Curtis and Maura thing with Amy was just unbearably awkward."

There was yet more tension in the air when Anton Danyluk was asked about unfollowing Molly-Mae Hague in the wake of her dumping him and Belle from the villa.

That caused the pair to bluntly trade blows across the studio, with him insisting that they weren't friends and her mouthing what some viewers thought was "f*** off" across the room.

Gym owner Anton, 24, turned to the 19-year-old and said: "Molly and I never even spoke in the villa. We never had chats. I have nothing against you, but we never saw eye to eye." 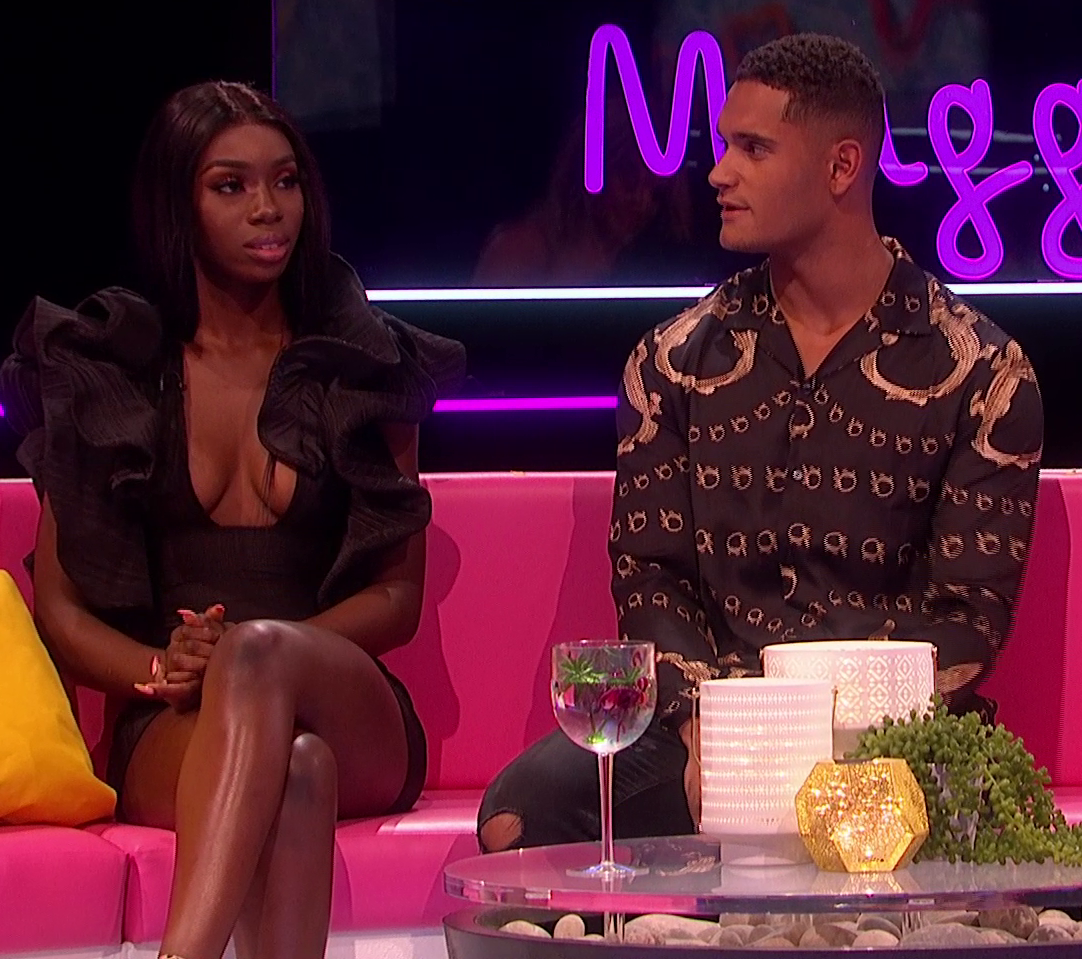 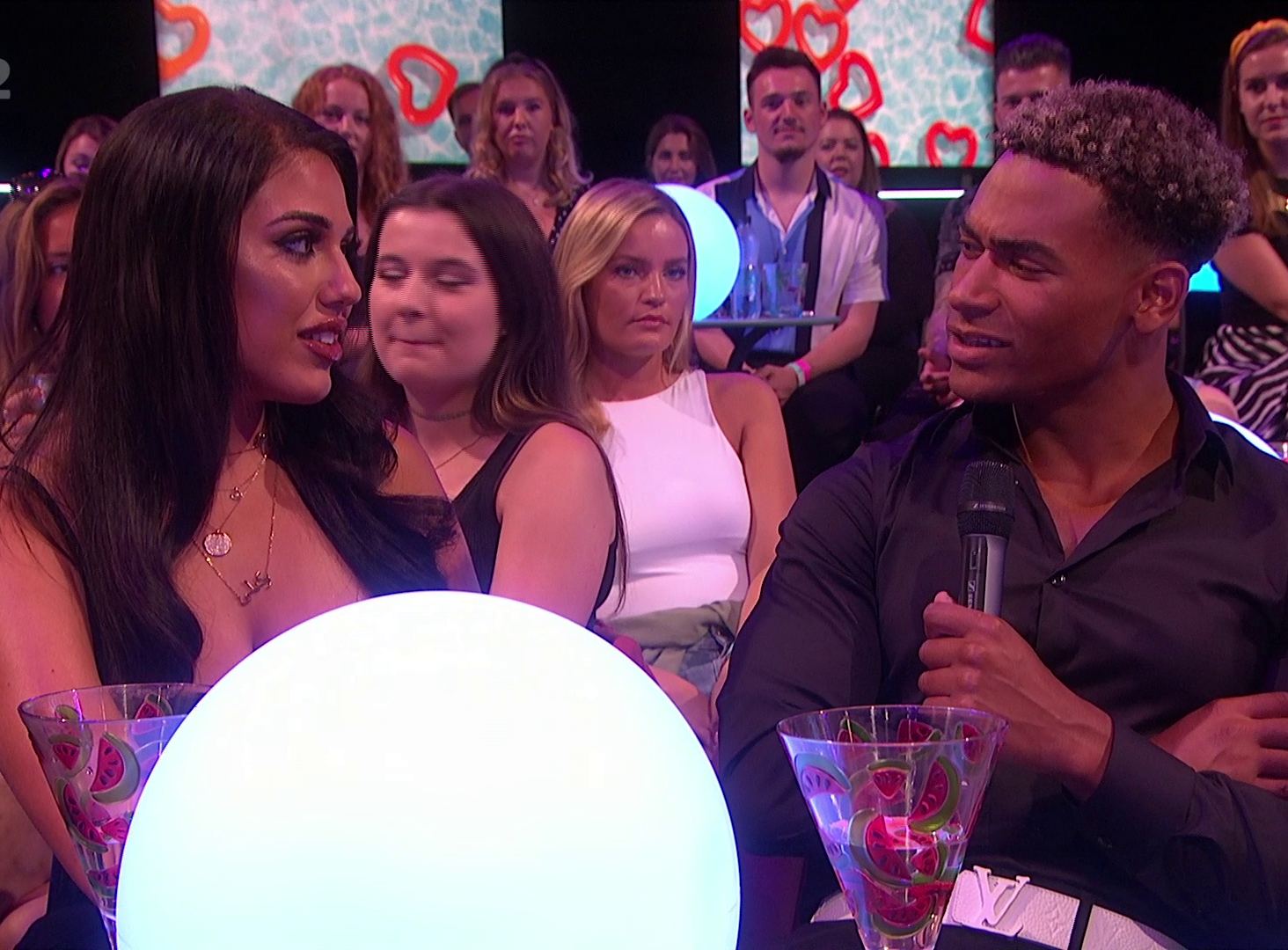 Looking back with an expressionless face, she replied: "I thought we were friends."

Things were no yet tense between Yewande Biala and her ex Danny Williams, after he claimed breezily that they had spoken "a couple of times".

The 23-year-old scientist cut him off sharply, insisting: "We haven't spoken. This is our first time actually speaking."

He told her: "I hope we can be friends in the future" but she replied that there was "nothing" left between them. 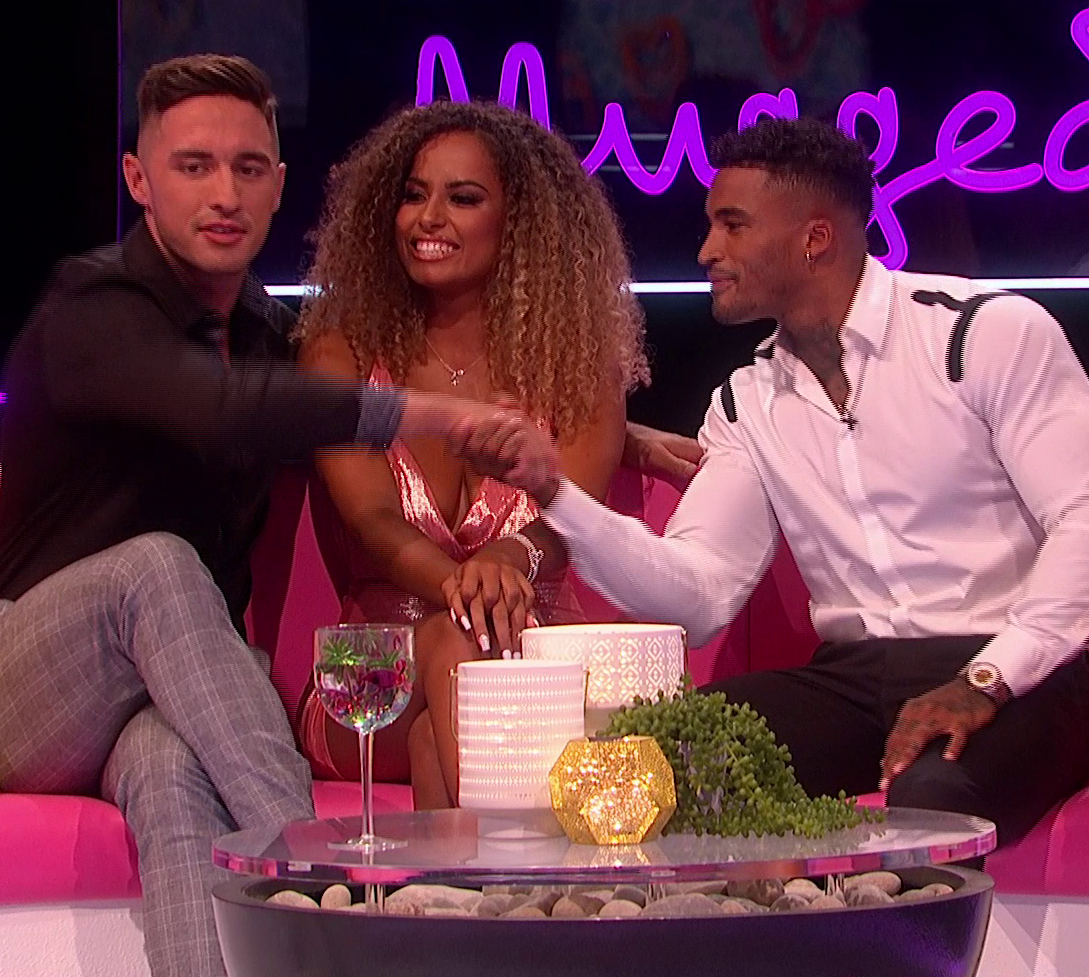 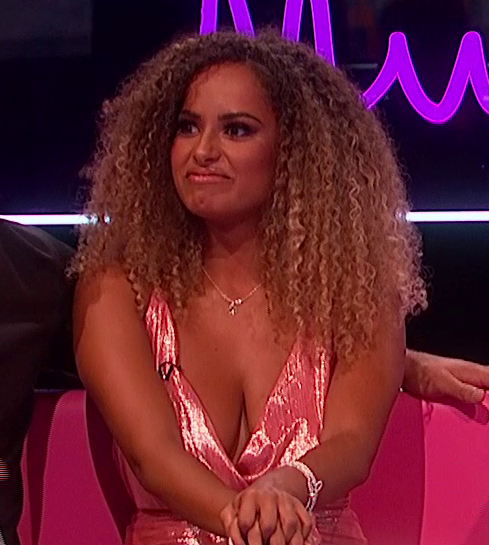 The icy encounter left many fans cheering, with one tweeting: "Yewande really called out all of dannys lies and straight up said no we haven’t spoken."

There was a similarly frosty atmosphere between Jordan Hames and Anna Vakili when Caroline mentioned that it looked like there was still a spark between them.

The 28-year-old pharmacist then brought up his "flirty" behaviour, but the 24-year-old insisted: "I was being friendly." 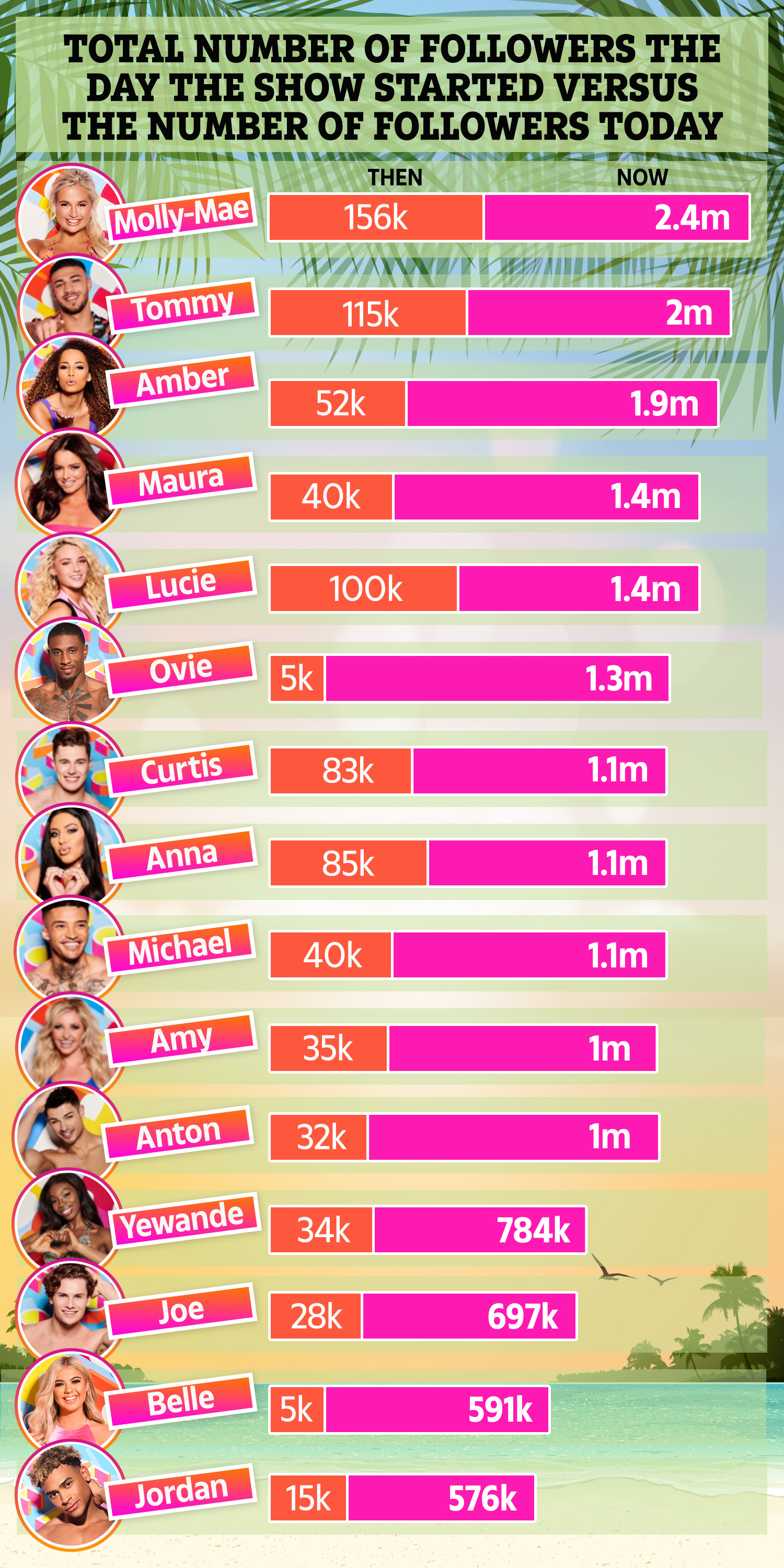 Meanwhile, Amber Gill had no time for her ex Michael Griffiths, telling Joanna Chimonides – who she was dumped for – not to trust him.

She also looked utterly horrified when boyfriend Greg O'Shea leaned over and shook his hand and called him a "really good guy".

As one fan tweeted: "Amber’s face didn’t approve of that handshake 😂😂😂😂."

Elsewhere, there were concerns that Chris Taylor and Harley Brash had split because they weren't even sitting next to each other. 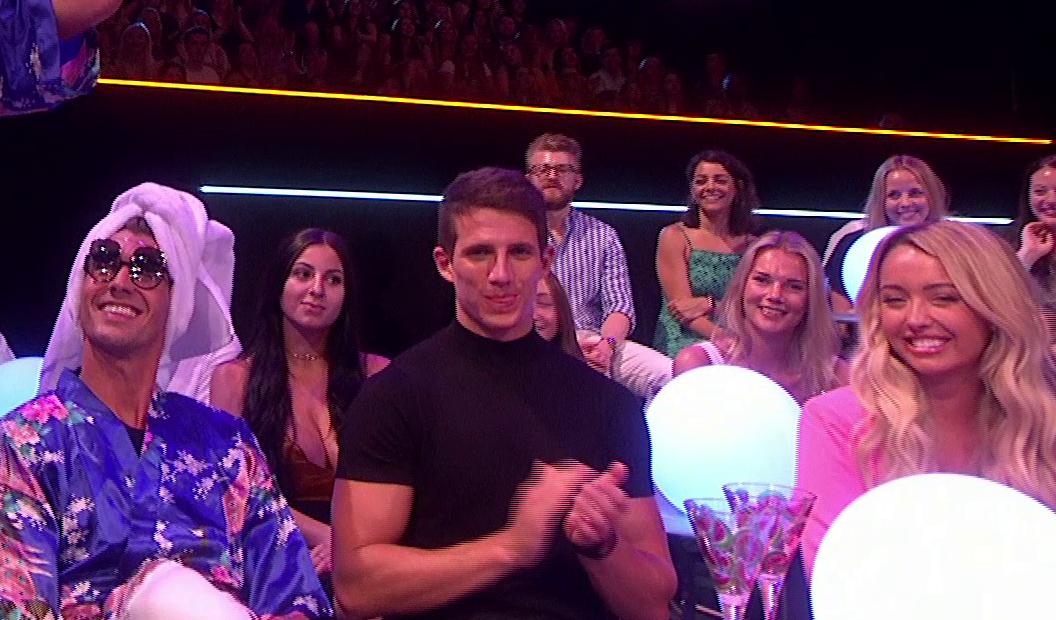 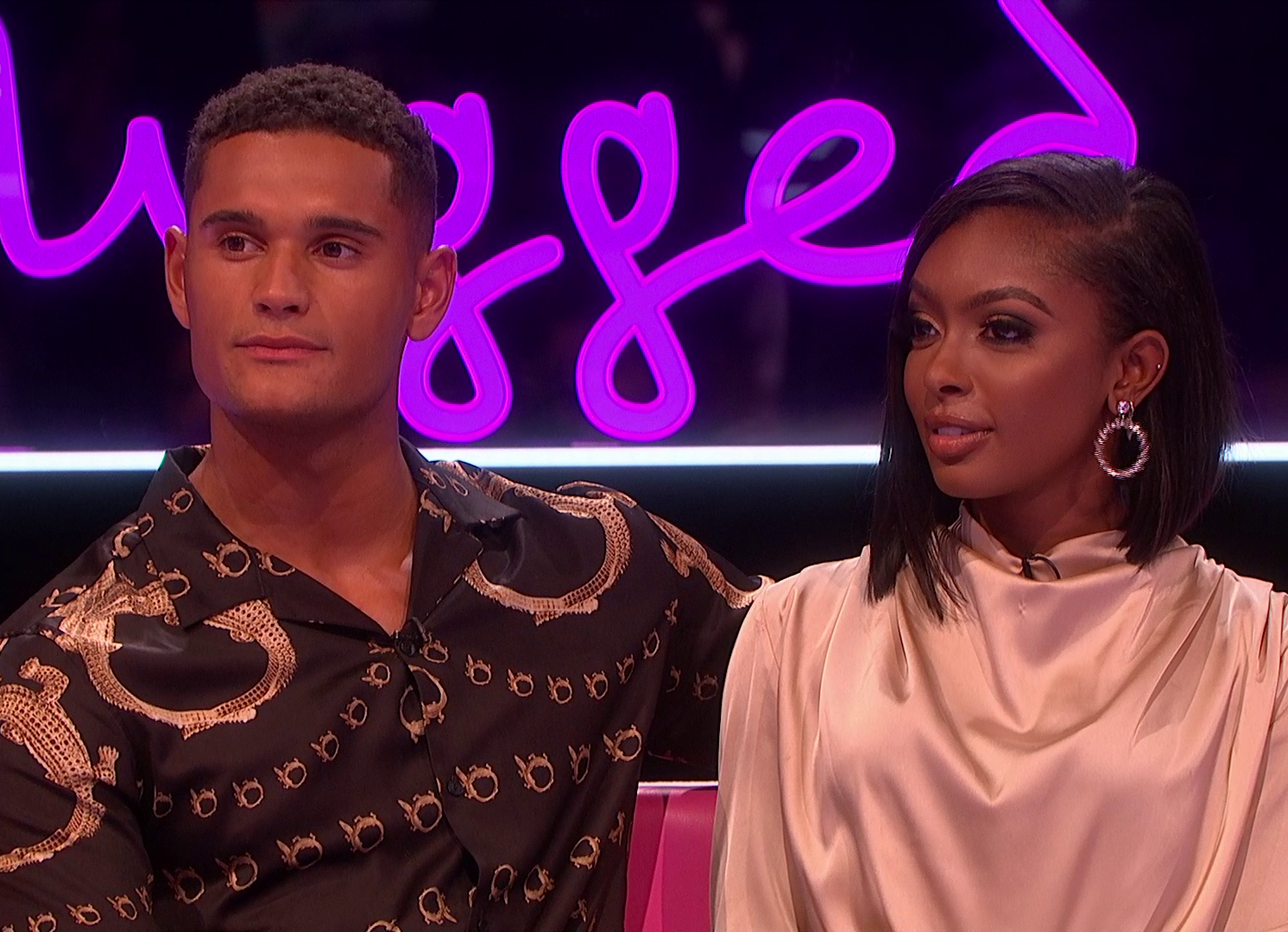 One fan asked: "Have Chris and Harley fell out ?? They’re not sat next to one another."

Another wrote gave their view on who had split, writing: "Chris and Harley. They’re on opposite sides of the table. Jourdan and Danny are in a business relationship for sure!"

Several fans said they disliked the super-tense atmosphere at what was billed as a joyful reunion for the cast of this series of Love Island.

One called it: "The most pointless 'reunion' ever, just a slandering contest, everyone just felt really awkward."