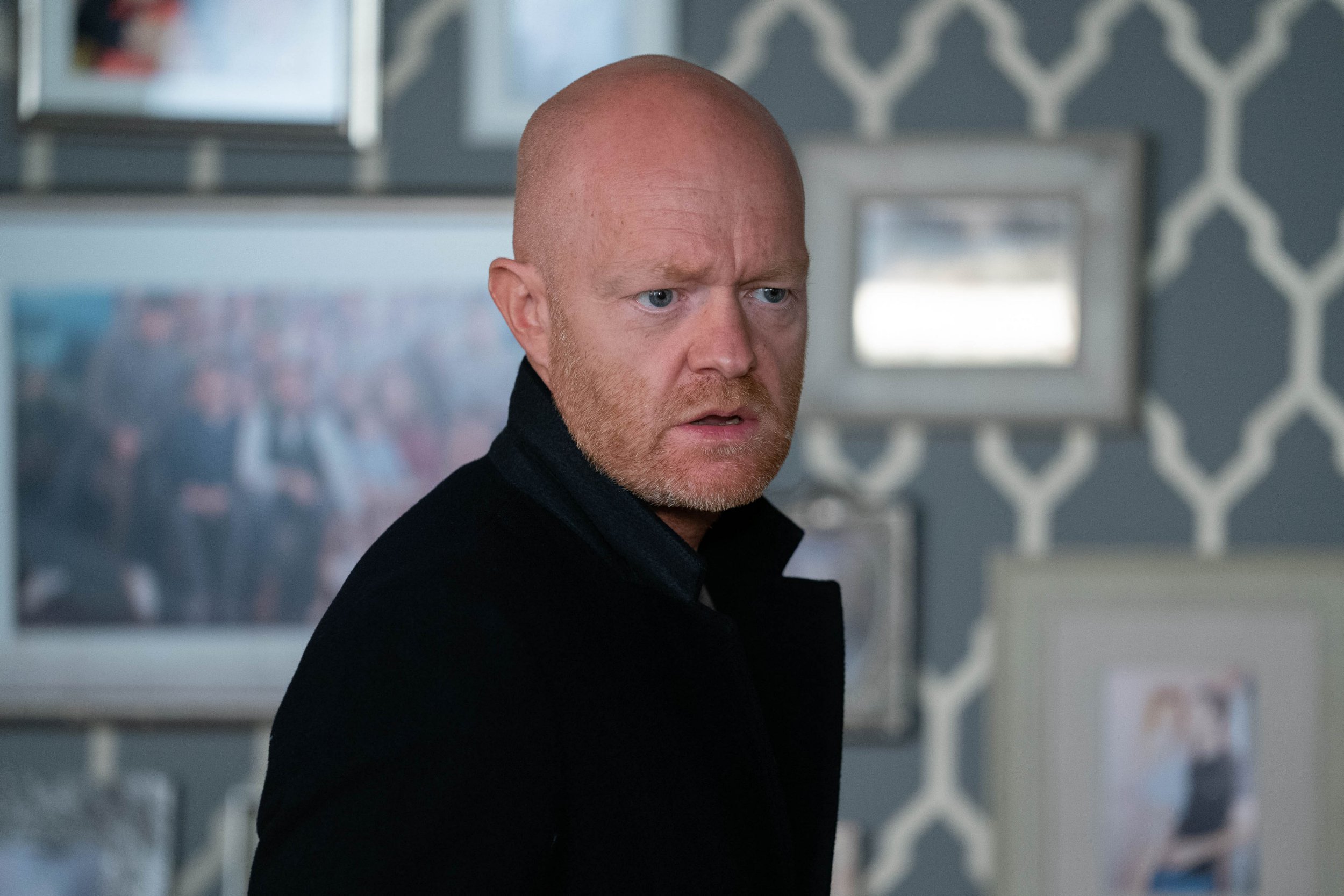 After 15 years, Max Branning (Jake Wood) is off!

Having knackered each bed in the neighbourhood and riled every husband, the infamous philanderer is set to depart EastEnders tonight (February 19).

And considering that we’ve had no end of dramatic Branning-centric Doof-Doofs over the years, it seems that we’re in for an unusually subdued exit.

So, let’s take the time to honour Max in style by reminding ourselves of some of his high (and low) points from his years in Walford.

Let’s start with his best:

Max must really rue his decision to not let Dot watch the Queen’s Speech live on Christmas Day 2007.

Instead, the family gathered to watch Lauren’s specially made DVD of Stacey and Bradley wedding, only for everyone to witness the bride-to-be snogging the groom’s dad. Ho-ho-oh-no!

The revelation and fallout made for one of the soap’s best remembered Christmas cliffhangers.

The reason for Max’s flaws as an adult lie in the horrors he endured as a child, in particular a traumatic incident that saw him locked in a coffin. Believing for decades that his dad Jim was responsible, Max ultimately found out that his brother Derek had done the wicked deed. Punishment then came in the form of a cardiac arrest for despicable Del.

Max’s coffin-related childhood nightmare was used against him by a scorned Tanya, who drugged her husband and then buried him alive in Epping Forest over Easter 2008 with the help of lover Sean Slater.

The revenge plotline was thrillingly macabre but proved too controversial for some viewers who complained about the graphic content of the scenes.

The death of Bradley

Theirs was never a picture-perfect father-son relationship but despite the history of abandonment and betrayal, fans were left choked up for Max following Bradley’s fatal fall from the roof of the Queen Vic on the soap’s 25th anniversary. The perils of live TV were spotlighted, though, when Jake Wood was caught on camera sticking his fingers down his throat so Max could vomit on screen.

Which cursed relationship must Max regret the most? It’s a tough call but hooking up with the ill-fated Lucy Beale has to be up there. It was a fling that led to him being framed for her murder by the Beales, who conspired against the beleaguered Mr Branning to keep young Bobby out of a prison cell.

And now for the Max’s worst moments:

The surprise that Max had a secret wife was one that seemed scripted to send shockwaves through the neighbourhood. But little is really remembered of Kirsty Branning, save for her ever-present hat. Maybe it’s because she was saddled with the hoariest plotline staple of all time: the fake pregnancy. Despite a big entrance on Christmas Day 2012, she was gone a year later.

Credulity had already been strained by the sight of Max conspiring with the Weyland corporation to raze the Square to the ground. But after he abandoned Jane in a burning building and brought about the death of Steven, it then proved difficult to empathise with Max ever again. How could writers redeem a killer? Answer: they ultimately couldn’t.

To witness one child plunge from the roof of a pub could be considered bad luck. To see the same fate befall another two kids feels like carelessness. The fact that Max would then stick around, never mind continue to drink in the Queen Vic, really did beggar belief. Would he not have cut his losses and exorcised those demons elsewhere?

The sapping of Max’s strength was evident for all to see when he was consigned to spend what felt like months plotting in a prefab with Rainie before being unceremoniously evicted from the car lot site by Jay. Rainie went off to have some knockabout larks with Stuart Highway, while Max became an unlikely mentor to Bobby.

For the love of Linda

Did anyone really buy into the supposed passion of Max and Linda? Her falling into bed with him so quickly when soulmate Mick was suffering seemed uncharacteristically callous.