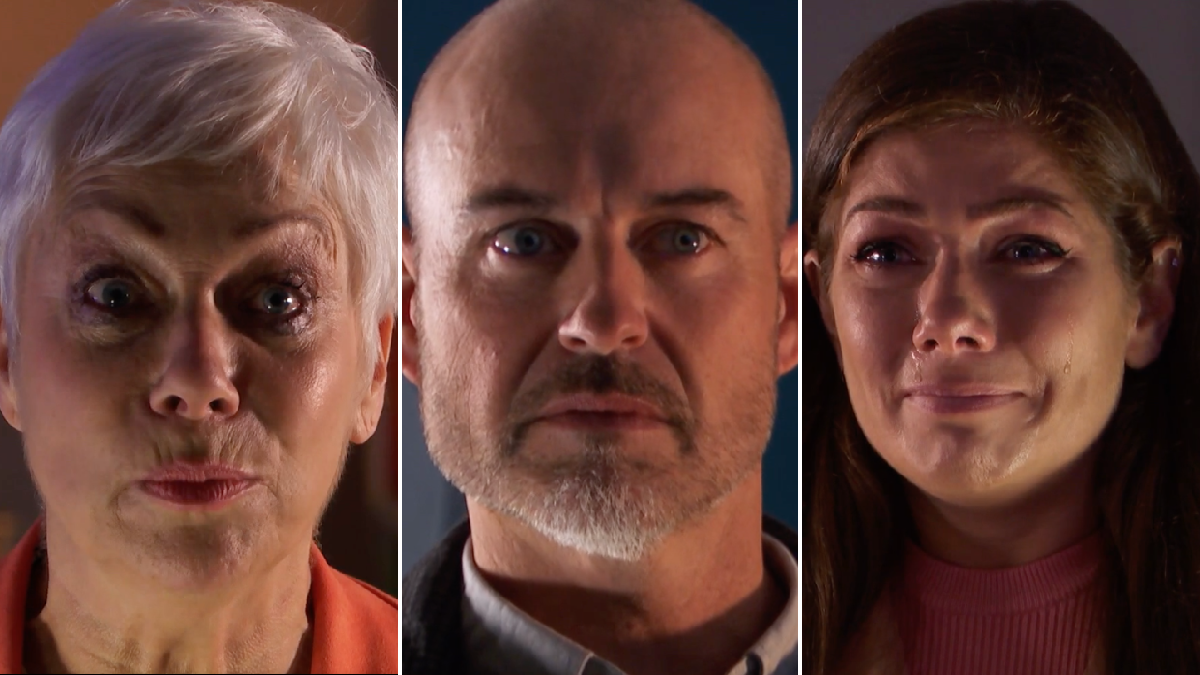 Fergus Collins (Robert Beck) could be set to meet a grisly end in Hollyoaks, after he ends up on the receiving end of a bottle of champagne!

The scheming property tycoon has caused nothing but terror and chaos since rocking up in the village earlier this year.

But his decision to try and sell Maxine Minniver (Nikki Sanderson) set in motion his downfall, as Max worked out he was to blame for her ordeal, and thus relayed her discovery to mum Trish (Denise Welch).

Trish refused to believe her daughter’s claims at first, but soon enough she realised she was telling the truth, and thus resolved to take Fergus down once and for all.

With some help from Joel Deter (Rory Douglas-Speed), the dance instructor intends on recording Fergus’ confession, in the hopes of getting the evidence needed to put him behind bars.

But will her mission prove successful?

That remains unknown, but Hollyoaks’ brand new Winter trailer has teased what viewers can expect over the coming months, and let’s just say that you’re not going to want to miss a single second.

Amid all of the drama unfolding, we see Trish being confronted by Fergus in what appear to be dramatic and tense scenes, and later, we see Maxine towering over unconscious Fergus with a champagne bottle in her hand.

Has she killed the sick Bluebird mastermind?

‘We make him disappear!’, says Trish. ‘Or Minnie is going to lose her mum to prison.’

Will Trish and Maxine cover up their crime? Or will Fergus live to see another day?