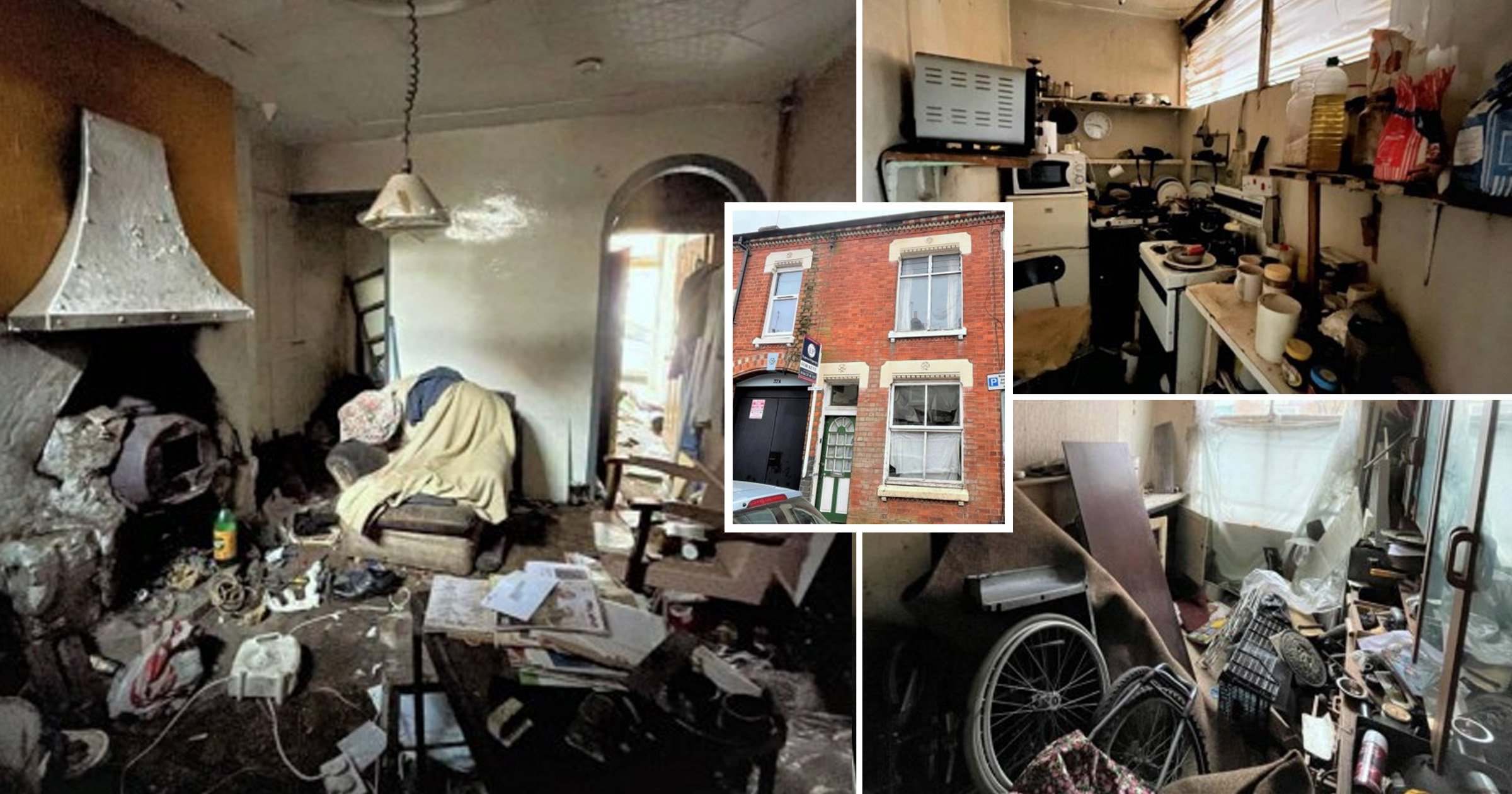 If you’re looking for the ultimate doer-upper, we may have found just the thing.

A three-bed family home in Leicester, that was too messy for its previous owner to live in, is up for sale for just £20,000 at auction.

That’s around £320,000 cheaper than the average house price in the UK.

While photos of the dilapidated home show that it certainly needs a lot of work, there’s no denying that the property has huge potential.

Currently, the house has gaps in the upstairs floorboards, gigantic spiderwebs, missing windows and a homemade chimney – not to mention a lot of internal clutter. Recent photos also show stained mattresses and peeling wallpaper inside.

So any potential buyer must be willing to put in some effort and give the property a little TLC (and a deep clean) – but will no doubt reap the rewards.

The house itself is only 0.6 miles from Leicester Station and is close to four different primary schools – making it great for a family.

There’s also potential for the house to be turned into student accommodation by adding an extra room – as it’s a short walk from Leicester University and other local amenities, such as cafes and restaurants.

Jim Demitriou, the national valuer for SDL Property Auctions, says the previous owner did have an accident in the property, but thankfully managed to get himself to hospital.

He commented: ‘He was discharged but the paramedics refused to let him back into the home because of the state it was in.’

Jim adds that the previous owner was also a DIY enthusiast and fit his own chimney to heat the home – which is incredibly dangerous.

There’s also a ladder on the roof because he would fix any issues himself.

The property has now been given to his niece to sell while the man is being looked after with supported living.

There’s also space to turn the attic into a fourth bedroom, or even split it into two extra rooms.

‘It’s a really cultural area of the city. It does need a lot of renovating, you can see through the floorboards upstairs and one of the bedrooms doesn’t have a window – or a window frame, which I like to call built-in air conditioning.

‘It’s only just gone on sale but we estimate around 300 people will be bidding on it as it is in a widely popular area.’

The property is set to be auctioned on December 17, via the SDL website. 25 Aug 21
Emotions run high in what appears to be a particularly traumatic week in Emmerdale, as…
TV & Movies
0