If you only know of Megan Fox and Machine Gun Kelly’s romantic saga, you may be surprised to learn they first met professionally on the set of Midnight in the Switchgrass. Because judging by the movie’s first trailer, exclusively debuting on ET, the experience was intense.

And so, she goes undercover, first in a hotel room sequence opposite Colson Baker’s (aka MGK) character — in which she promptly proceeds to beat him to a pulp — and then a sting operation which goes horribly wrong, leaving Lombardo’s life hanging in the balance amid a twisted game of cat and mouse. “The minute I got made bait, it became my operation!” she argues with Willis’ Helter. Check out the brutal, bloody red-band trailer above. 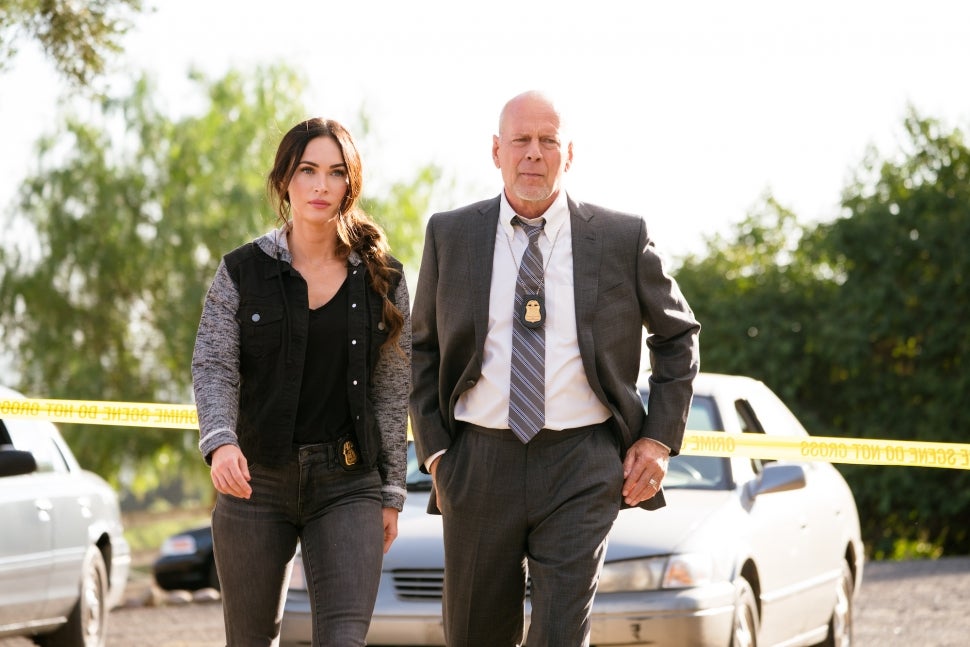 Emmett, who may moonlight on Vanderpump Rules but whose day job is as a producer (with more than 115 credits to his name), marks his feature directorial debut with Midnight in the Switchgrass. Fox was his first choice to play the lead, telling ET’s Lauren Zima, “She’s been doing this at a very high level for a long time. I went to Megan first, and I was shocked that she said yes.”

Fox, meanwhile, calls Bruce Willis “a legend,” “an icon” and “the nicest human person I’ve ever met,” while she says of her co-star-turned-significant other, “I don’t know if people understand what a good actor he is. He is so charismatic and he’s so naturally gifted and he’s so intense.”

“Which is annoying because he’s also a brilliant, creative genius as a musician. So then, for him to show up on set and just be so much better than you at what you do for a living is very annoying,” Fox deadpans. “But he’s really gifted. He’s an amazing actor. He’s going to win awards one day.” 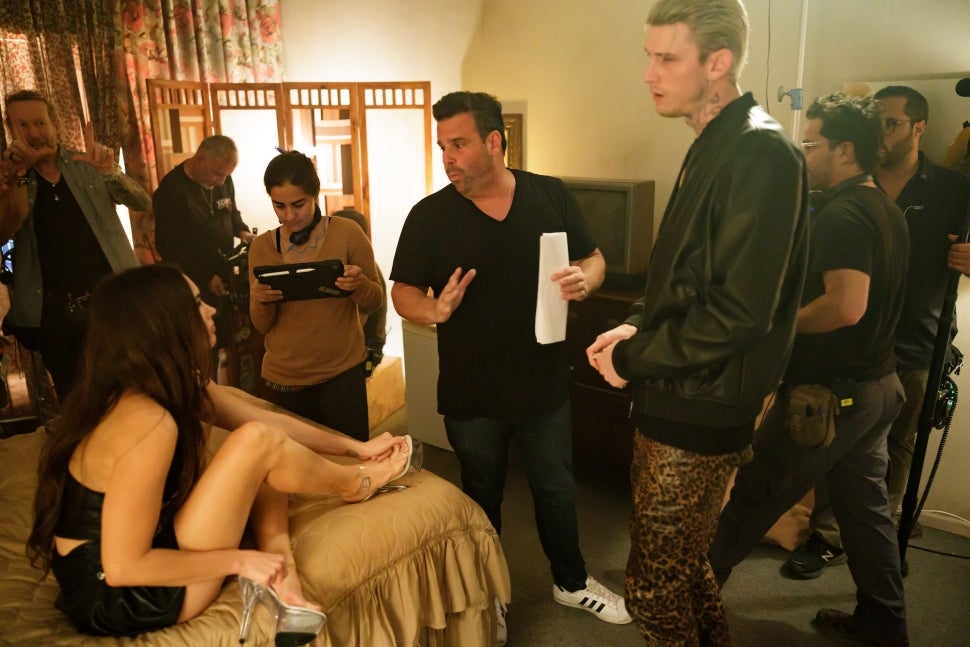 If there is one word to describe Midnight in the Switchgrass‘ production, it’s unexpected. Fox initially signed on to shoot for eight days but after a number of production shutdowns and six months of delays due to the pandemic, it beat out Transformers: Revenge of the Fallen by one month as the longest movie she’s ever worked on.

“Everything that could happen in the process of making this movie has happened,” Fox says. “We had hurricanes. We had sandstorms. We have wildfires. We had all the things. These are the ones that you do remember forever and you will look back, Randall Emmett, and laugh about all of these things. One day when you’re not stressed anymore, you’re going to look back and laugh and be like, ‘F**k. It was actually kind of fun.'”

“We have all become very close. And I really don’t believe that any of us would have the friendships and relationships that we had had COVID not hit, had we not shut down,” Emmett says for his part. “We spent six months together on a movie that’s supposed to be four weeks long total. And for me, that became really special.” 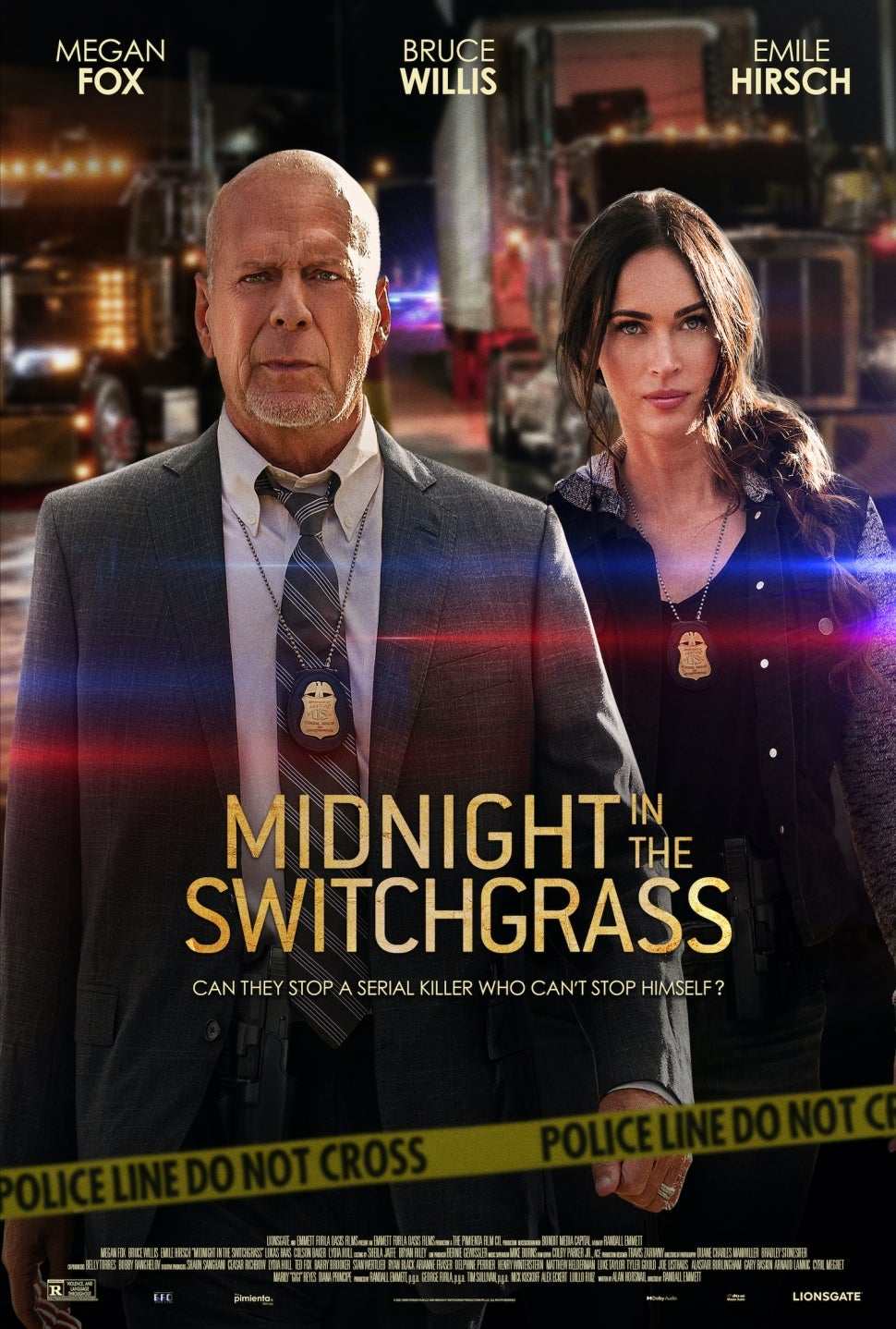 Midnight in the Switchgrass is in select theaters and available everywhere you rent movies on July 23, before arriving on Blu-ray and DVD on July 27.