The goofy character, who first appeared on TV in 1990 and spawned 15 TV episodes and two films, is being retired after the comedian revealed he finds it “stressful and exhausting” to play him. 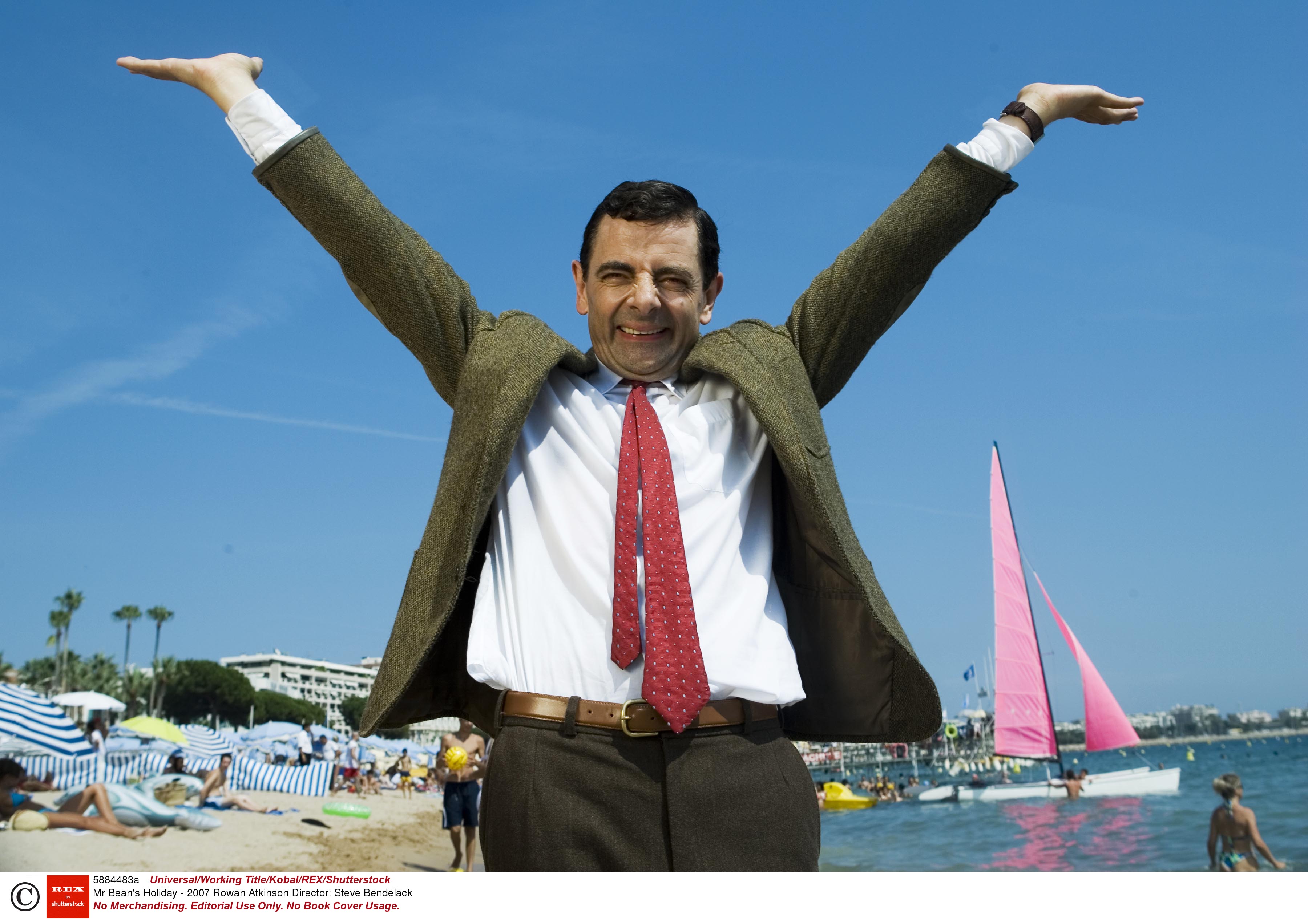 But he will remain forever in the hearts of British viewers – with comic capers that have etched themselves onto our collective memory.

From the Christmas special where he ended up with a turkey on his head to his hilarious bedtime stories with his iconic teddy bear, we look back at Mr Bean’s funniest moments. 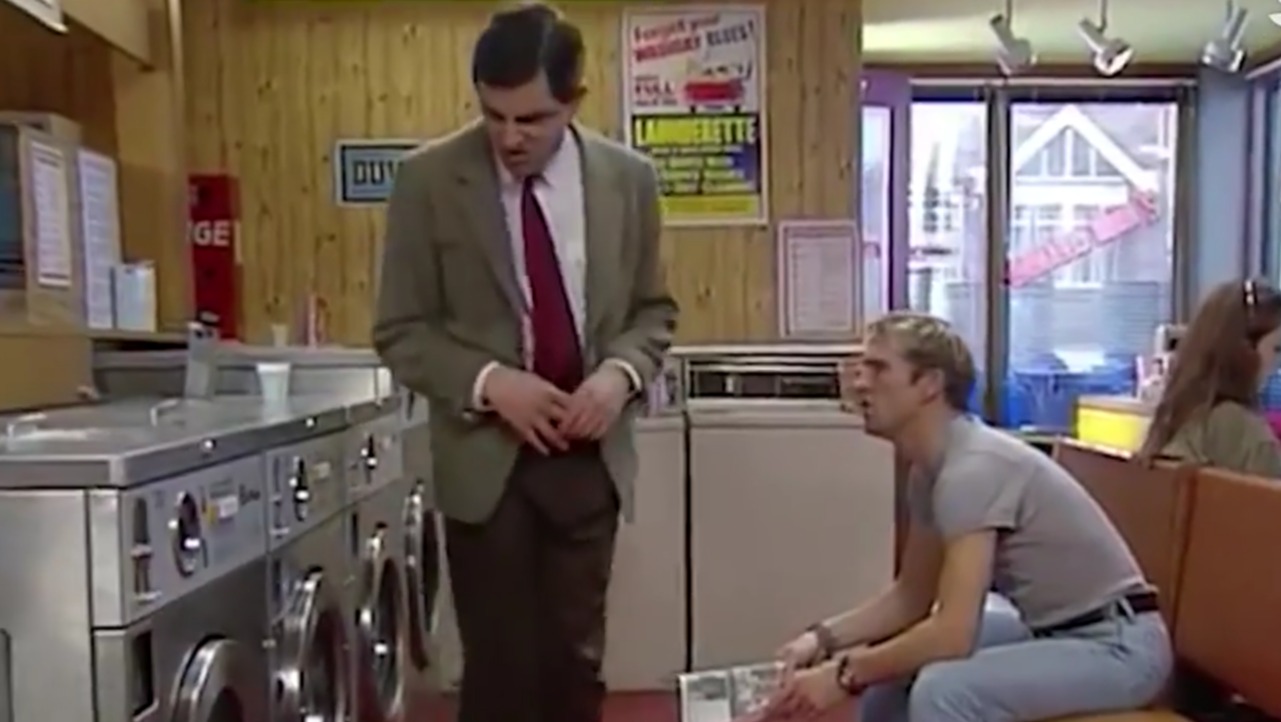 Mr Bean’s trip to the laundrette is brilliantly simple comedy at its finest – with clothing mix-ups, bullying customers and a hint of pathos.

Bean arrives with a huge sack of washing which contains shirts, an inflatable toy, a lampshade, Teddy, a welcome mat, two huge furry dice and some underpants – each labelled with a different day of the week – which he feeds into the washing machine.

Realising he’s wearing the wrong day’s pants, he nips behind a partition to change, mixing his trousers up with another customer’s skirt – which he puts on and then walks with the material between his legs to make it look like trousers.

To add a hint of tragedy, Teddy shrinks in the wash – and slips easily into Bean’s pocket. 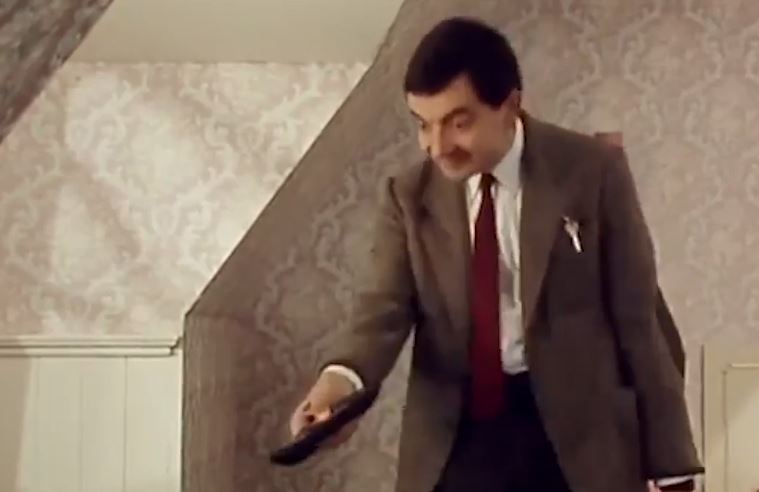 After checking into a twee seaside hotel, Bean becomes fascinated with the TV remote and tries to test its range.

He ends up dancing in the corridor to the music blaring from his bedroom, and feigning a shoot out using the remote as a gun.

Those dance moves alone are enough to get you crying with laughter.

8. Stalled on the stairs 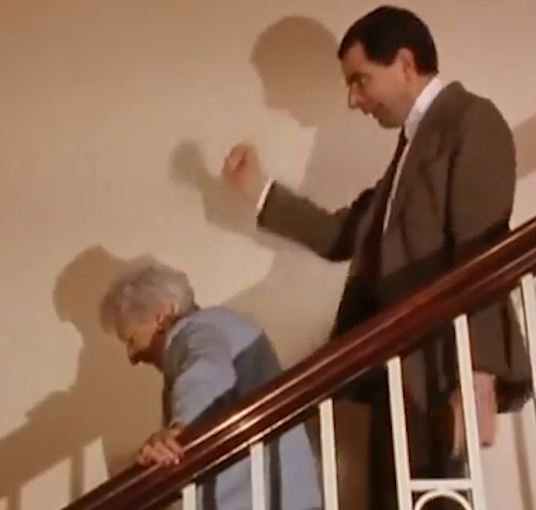 In a hurry to get down several flights of stairs, Bean gets stuck behind an elderly lady who is taking each step at an agonisingly slow pace.

He climbs over the banister and manages to get past her, while hanging by his arms and swinging across.

Triumphantly, he pulls himself back over in front of the old lady – only to get stuck behind a man going at the same speed. 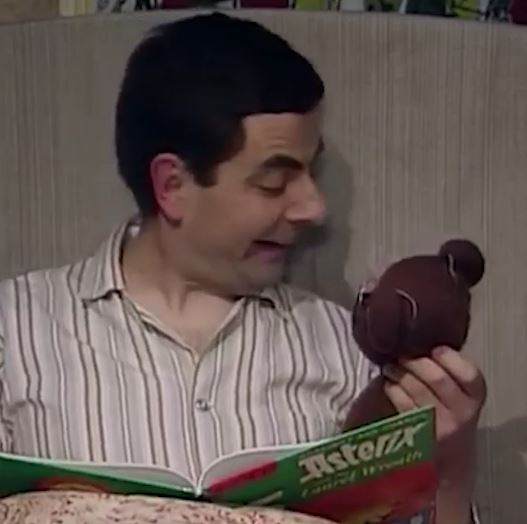 The relationship is summed up perfectly by the bedtime story scene, with Mr Bean moving the bear’s head in sync with his own, as he reads his Asterix annual.

When the bear doesn’t seem to get the joke, Bean looks mystified – until he has a bright idea and puts tiny glasses on his cuddly pal. 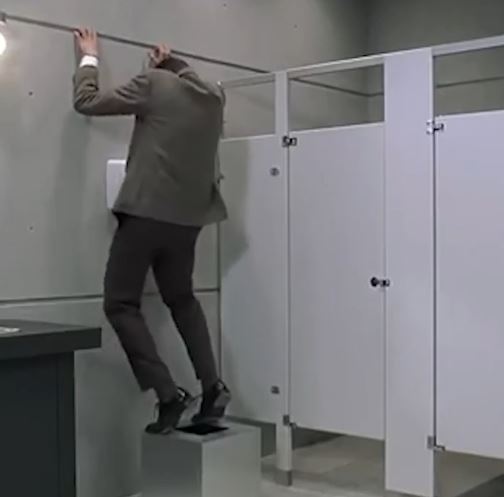 It’s a situation every man has found himself in – which makes it all the funnier.

After relieving himself in a public toilet at a conference, Bean suffers a mishap with a tap which splashes water all over the crutch of his trousers, making it look like he’s wet himself.

In an attempt to dry the patch he ends up standing on the bin and thrusting his crotch at the dryer in a suggestive fashion – just as a fellow conference-goer walks in. 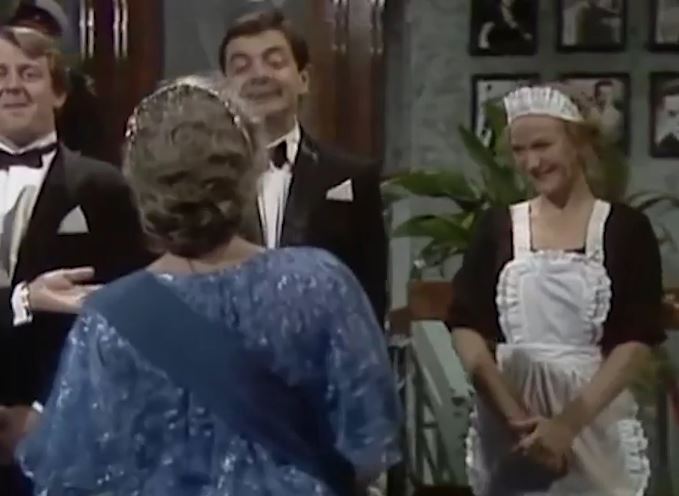 At a film premiere, an excited Mr Bean prepares to meet the Queen by practicing his greeting but it all starts to go wrong when he realises he has dirty shoes and bad breath.

He then attempts to clean his nails using the zip tag on his trousers – and ends up with his finger stuck in his fly as the Royal visitor approaches. 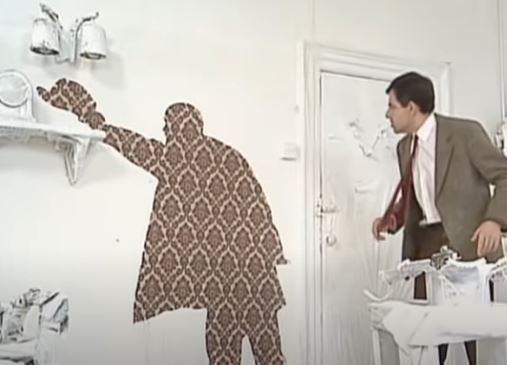 Mr. Bean thinks it’s time to makeover his flat and starts by dunking his teddy’s head in paint and using it as a brush.

When that doesn’t work, he comes up with the genius idea of using dynamite to blow up a paint tin and let the explosion coat the walls.

After setting the blast, he leaves but a friend sneaks in to return a hat he borrowed – only to be caught in the explosion and immortalised in the decor. 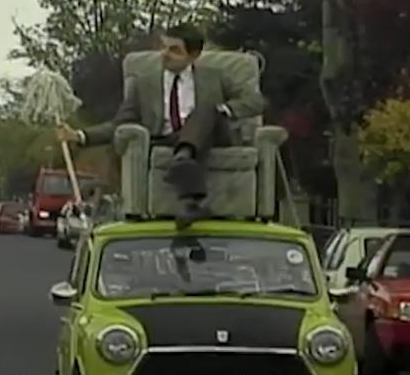 After stuffing his mini with goods from the department store, Bean sees there's no room for himself.

He rigs up an ingenious system of pulleys and straps himself into an armchair on the rood, using a mop to steer the car from above.

But when he comes to a steep hill, it inevitably ends in disaster. 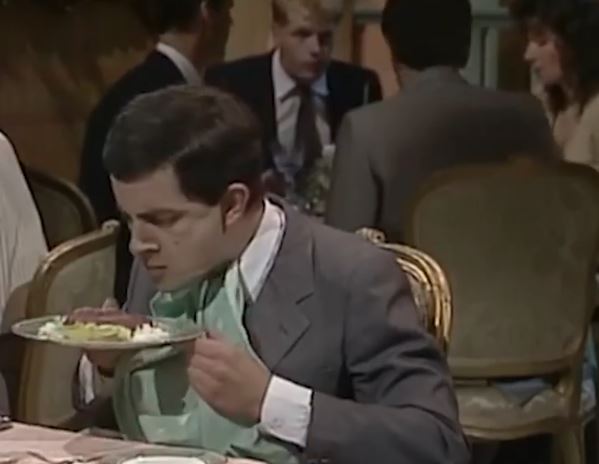 Ordering in a top notch restaurant is fraught with danger as Mr Bean discovers when he plumps for steak tartare in a fancy French joint, not realising it is raw.

When the meat arrives a horrified Bean attempts to get rid of it by hiding under his plate, inside a bun and even in the trousers of the violinist.

When he’s finally rumbled he tries to excuse his actions by complaining the food was bad – only to be given a new steak as an apology. 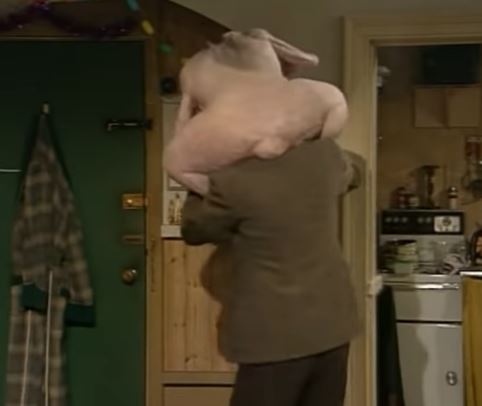 In Merry Christmas Mr Bean, our hapless character has invited his girlfriend, Irma Gobb, for turkey and all the trimmings.

As he stuffs the bird, he loses his watch inside and efforts to retrieve it with his hand fail.

Eventually he sticks his head in the turkey to look for the watch – and gets it stuck on his head just as Irma arrives.