Sunday’s primetime was dominated by NFL’s wildcard playoff matchup that saw the Cleveland Browns beat the Pittsburgh Steelers 48-37. The game smashed out a 6.0 rating in the adults 18-49 demographic and drew 20.8 million viewers in fast affiliate Nielsen Live+Same Day numbers, which likely will be adjusted later today.

60 Minutes led non-sports programming on Sunday, delivering a 1.9 in the demo and 13.05 million viewers boosted by CBS’ NFL overrun of its New Orleans-Chicago games. That was followed by fresh episodes of NCIS: Los Angeles (0.7, 5.58M), up a tenth in the demo from last week, and NCIS: New Orleans (0.5, 4.10M) which was steady. Those numbers also may be adjusted in the finals.

Elsewhere, Fox’s night was filled with reruns of its Sunday night animation block. The CW saw double goose eggs in the demo with the broadcast of the inaugural Critics Choice Super Awards (0.0, 261,000). 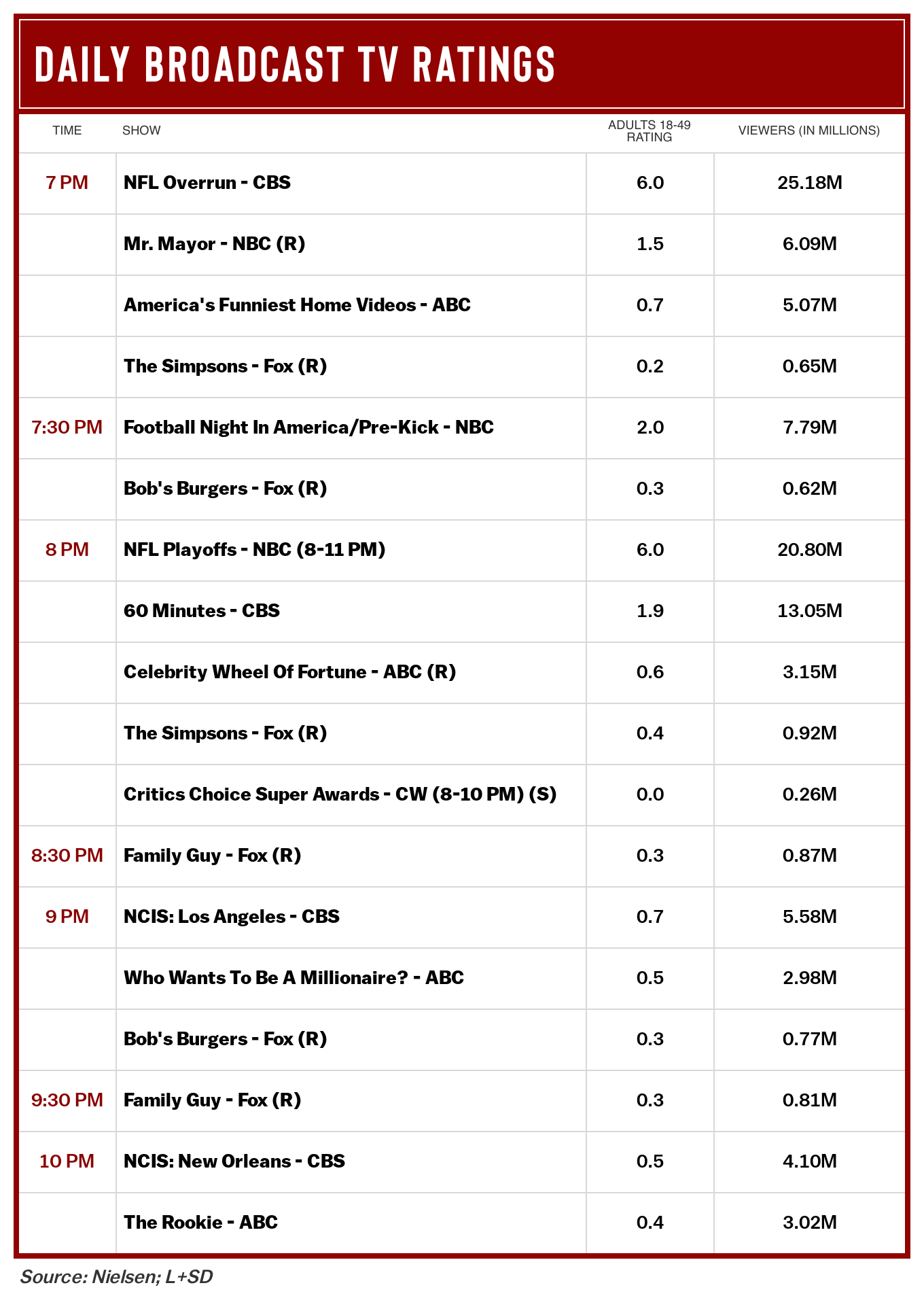 LOS ANGELES (AP) — Cloris Leachman, an Oscar-winner for her portrayal of a lonely housewife in “The Last Picture Show”...