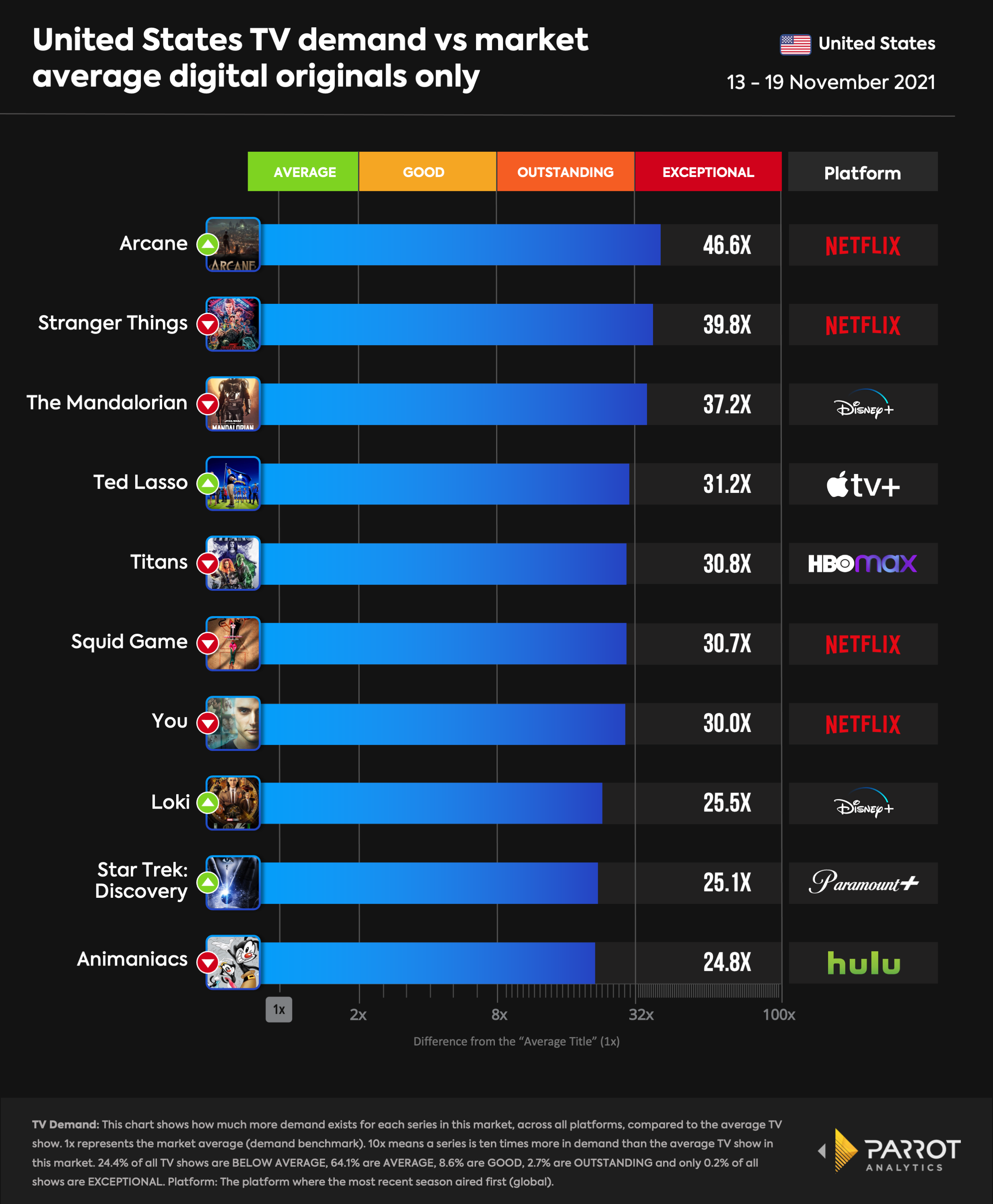 As of November 21, Arcane – which has already been renewed for a second season – was the third-most in-demand series in the world across all platforms. Globally, Arcane had 67.1x more demand than the average show worldwide, trailing only Amazon Prime Video’s The Wheel of Time (74.8x) and HBO’s Game of Thrones (70.7x).

Audience demand for the show has grown exponentially since it debuted – up 629% with global audiences and 228% with American audiences between its debut on November 6 to November 21, the last day of data available for this analysis.

The show has a hybrid release schedule, dropping batches of three episodes each on the last three Saturdays. Most Netflix series peak in demand after two to four days of availability before dropping off.

13 May 20
By now, every fan of The Office has heard about the audition process for the…
TV & Movies
0 18 Mar 21
Ant Middleton is preparing to have a big reunion with his old SAS: Who Dares…
TV & Movies
0