NewFilmmakers Los Angeles and WarnerMedia OneFifty have named the winning writers for its NewNarratives content program.

Filmmaker Jim Vendiola has been honored with the NewNarratives inaugural grand award for 2021 and will receive $40,000 for the
development of his latest narrative feature film Argus. The program, which kicked off in June 19, 2021, drew from NewFilmmakers’ exisitng pool of talent and sought to provide one winner with a grant ranging from  $10,000 to $100,000.

Vendiola was the winner among over 200 entries ranging from feature narrative, documentary, and animated works as well as scripted and unscripted series. Applicants hailed from over 40 countries and 6 continents.

Vendiola’s Argus is the story of a washed up private eye who is hired to reinvestigate the case of a missing teen long thought to have run away. Shifting POVs between the detective, an obsessive killer, and the pre-abduction life of the victim in question, Argus is a subversive, female-driven reimagining of 1970s neo-noirs.

“We are thrilled to collaborate with NewFilmmakers LA on this exciting and powerful slate of films. Each project truly captures the powerful, unique, and bold vision from these talented creative teams led by innovative filmmakers, perfectly juxtaposing art, science and culture—which exemplifies what OneFifty is all about,” said Axel Caballero, Head of WarnerMedia OneFifty & Vice President, Artistic and Cultural Innovations.

“I’m truly ecstatic and grateful to NFMLA and OneFifty for this incredible opportunity. For years I’ve taken meaningful risks with the form and content of my work, which has been a double-edged sword of maintaining my artistic integrity while being largely ignored by the usual gatekeepers, for telling stories that do not offer tidy conclusions nor lend to homogenous franchises bled of freshness and nuance. I can’t wait to bring this project to audiences hungry for something different, with the support of this amazing program,” added Jim Vendiola. 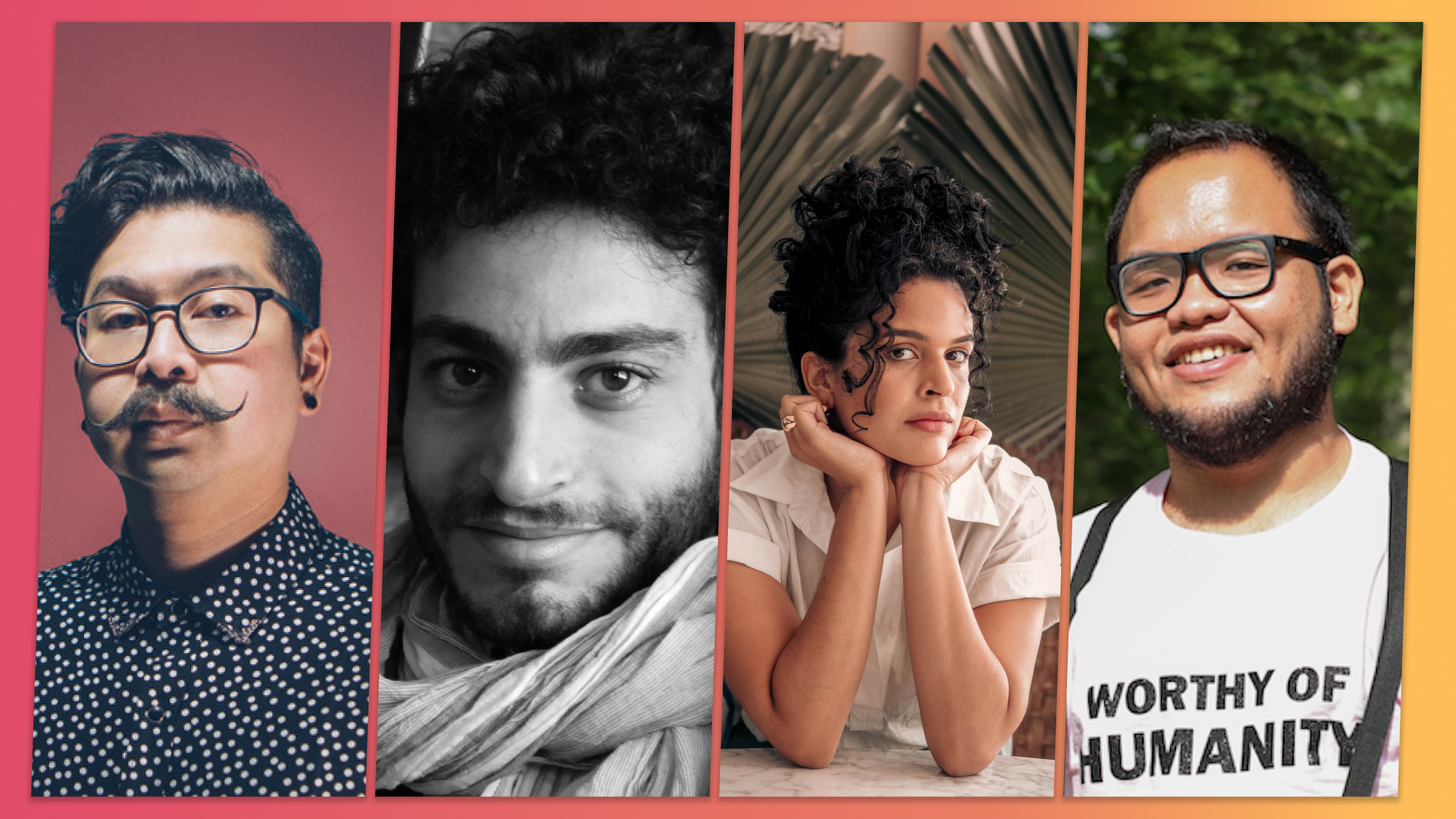 He is a Chicago-based writer/director who frequently explores ideas of heartache, longing, liminality, eros and pathos. A three-time
Newcity FILM 50 honoree, NFMLA alum and Best of NFMLA Awards Nominee, he gravitates towards characters and scenarios that subvert genre conventions, tropes, and the gaze historically defined by cishet men and exclusionary models of masculinity. As a Filipino-American with immigrant parents, his work also ponders themes of identity, otherness and alienation.

“We’re very proud of the four selected projects and the filmmakers whose visions these funds will support. The greatest challenge of this competition was choosing from the overwhelming number of strong, unique and exciting proposals that we received. It was an absolute pleasure to work with our screeners on this project, entertainment journalist and member of the LA Film Critics Association, Carlos Aguilar and film curator, producer and programmer at Cleveland International Film Festival and Atlanta Film Festival, Ivonne Cotorruelo. Their keen eyes and thoughtful input were instrumental in identifying our finalists,” say NFMLA Programming Director, Bojana Sandic and NFMLA Co-Founder/Executive Director, Larry Laboe.

Details about the additional grants and the honorees follow below:

Nora Mariana Salim and Rami Kodeih – up to $50,000 toward the development of a project to be announced.

Salim is an LA-based writer who studied English Literature at Stanford University. Recently, she worked on the Peacock miniseries Angelyne, produced by Sam Esmail, and was a 2020 Fellow at the Jewish Film Institute.

Kodeih is an LA-based writer/director who wrote and directed  narrative shorts and feature documentaries that have screened at the Director’s Fortnight at the Cannes Film Festival, Clermont-Ferrand and BFI, among others. His most recent work, Alina starring Alia Shawkat, won the Best Short Film, Drama Award at the Best of NFMLA Awards and screened at 250 festivals worldwide.

Gabriela Ortega – $5,000 toward the development of the narrative feature film Huella.

Ortega is a writer/director from the Dominican Republic. She is a USC alum based in LA. In 2021, Ortega was selected to be a part of the Lena Waithe created “Rising Voices” initiative. Her short film Huella premiered at Tribeca. She has won awards at Sundance Ignite, NFFTY, LALIFF and is a Sundance Lab, NFMLA, NALIP Latino Media Market, HBO Tomorrow’s Filmmakers Today and IAMA under30 lab alum. Her film PAPI was nominated for a 2021 Best of NFMLA Award and is set to premiere on HBO in 2022. Ortega is writing a feature film for Sony Pictures International and has a half hour dramedy in development with Wilmer Valderama’s WV Entertainment.

Set Hernandez Rongkilyo – $5,000 toward the development of the documentary feature film Unseen.

Unseen is a multi-platform documentary that follows the story of Pedro, an aspiring social worker who happens to be a blind, undocumented immigrant. Through diegetic sound and experimental cinematography, this “audio-based” film reimagines the accessibility of cinema for audiences that cannot see, while exploring the intersections of immigration, disability and mental health.

‘Ghostbusters: Afterlife’ Opening: We Came, We Saw, We Kicked Up $44M+ 14 May 21
"Sh*t really got real" during the MTV Floribama Shore season finale: The entire production was…
TV & Movies
0