When Jamie Fraser’s (played by Sam Heughan) ghost is seen looking up at Claire Randall’s (Caitriona Balfe) window watching her, he is only around 25 years-old, writer Diana Gabaldon has confirmed. However, Outlander fans know Jamie is not 25 when he dies as he has survived much longer and is now in his fifties. Fans have therefore been trying to work out why a ghost of the young highlander travelled forward in time to watch over Claire.

There have been plenty of theories regarding Jamie’s ghost with some believing that when he dies, he travels in time to bring Claire back and start their relationship again.

However, the latest theory suggests Jamie dies after breaking his shoulder and travels in time to find someone to help him.

When he stumbles upon Claire, he realises she could be the one to help him and pulls her back to heal his shoulder so he can avoid death.

This would therefore explain why Jamie looks exactly the same as his ghost when Claire meets him for the first time. 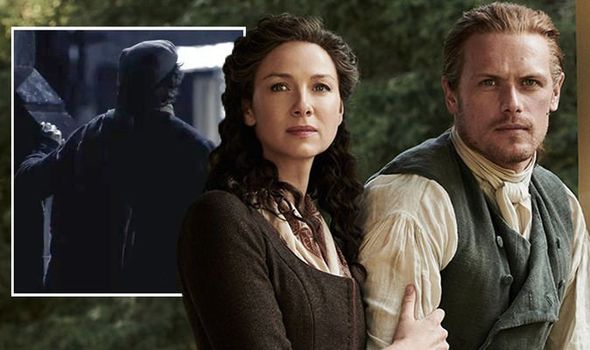 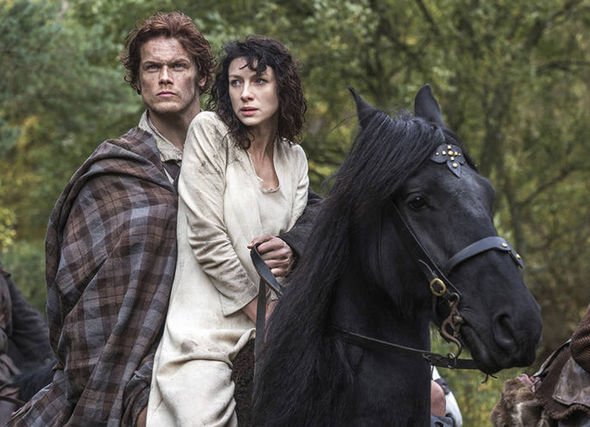 “That’s why we saw his ghost as the same age that he was at that time, hair style and all.

“He died because he could not defend himself with that dislocated shoulder.

“When Claire and Frank come to Scotland on the day that ghosts get to roam the earth, Jaime’s ghost comes to see the caring, beautiful and highly skilled healer of soldiers, (including Scots).” 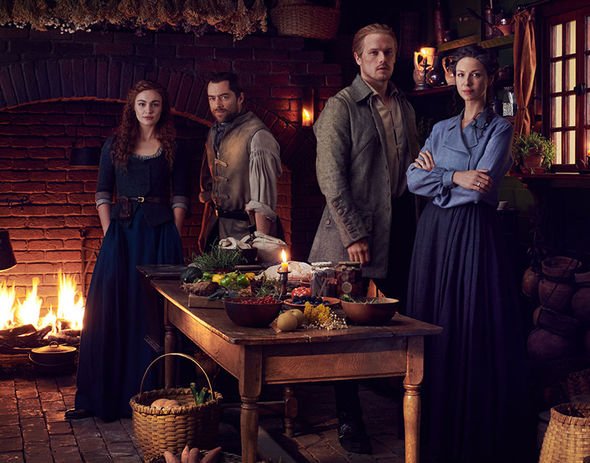 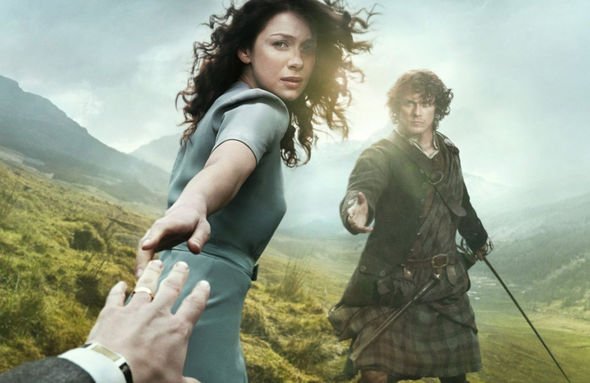 The fan continued: “He summoned her back in time to a point before he dies so that she could fix his shoulder.

“This is why they have such an unbreakable bond because if Claire had not been summoned / lured back to his time, Jaime would have died fighting the red coats that they ran into or sometime there about.”

They concluded: “It also explains why he was so mesmerised with Claire when he came to after falling off his horse because of the gunshot wound.

“In his dazed state of mind, he drifted back to the first moment that his ghost saw a glimpse of her in the 20th century.”

Fans were quick to comment on the theory with some agreeing it was a great idea.

“Wow actually that’d be pretty cool if this theory is correct,” one fan replied.

Other fans also believe Jamie’s ghost is pulling Claire back to the 18th Century.

They wrote on Reddit: “Jamie definitely appears to have some special powers since he sees things that are unknown to him in dreams ie. Brianna’s birth mark.

“I’ve thought the same thing about the Scot that hated needles that Claire meets in the war. Is that Jamie?

“Jamie’s ghost that appears the night before she goes through the stones is fascinating.

“She mentions several times that you need something pulling you from the other side. Was this Jamie?

“Also, were the Forget me not flowers planted by someone at the stones to entice her to come near the stones…again?”

Is there enough evidence to support the theory Jamie picked Claire to bring back to the 18th Century?

Regis Philbin sadly passed away earlier this year — but apparently, he almost died nearly a decade ago because of...

Does North West's Spider Obsession Prove Kim Kardashian Is the Best Mom Ever?

Save articles for later Add articles to your saved list and come back to them any time. Australia needs a...