Paul Benjamin, a film, television and theater actor who often appeared in dramas centered on the black American experience, died on June 28 in Los Angeles. He was believed to be 84.

The death was announced on social media by the director Spike Lee.

Mr. Benjamin was probably best known as M. L., one of the three “corner men,” street-corner philosophers who gathered daily under a beach umbrella, in Mr. Lee’s “Do the Right Thing” (1989). One of his relatively few starring roles was as the leader of a bank heist in the crime drama “Across 110th Street” (1972); he was billed third, after Anthony Quinn and Yaphet Kotto.

But his screen career, which lasted close to half a century, also included roles in John Singleton’s “Rosewood” (1997), the story of a townwide massacre of African-Americans in 1920s Florida; “I Know Why the Caged Bird Sings” (1979), the television adaptation of Maya Angelou’s memoir; “Leadbelly” (1976), Gordon Parks’s biography of the influential blues musician; Robert Townsend’s music-group drama “The Five Heartbeats” (1991); the television movie “Judge Horton and the Scottsboro Boys” (1976); “Hoodlum” (1997), about Harlem gangsters between the wars; and the 1985 true-crime mini-series “The Atlanta Child Murders.”

According to most biographical references, Paul Benjamin was born on Jan. 1, 1938, in Pelion, S.C., the youngest of 12 children of Fair Benjamin, a Baptist minister, and Rosa (Butler) Benjamin. But the 1940 census listed his age as 5, suggesting a 1935 birth date.

After the deaths of both parents when he was a child, Paul moved to nearby Columbia, the state capital, to live with an older brother and his family. He graduated from high school there and attended Benedict College, a historically black liberal arts school, for about a year before moving to New York to study acting with Herbert Berghof. 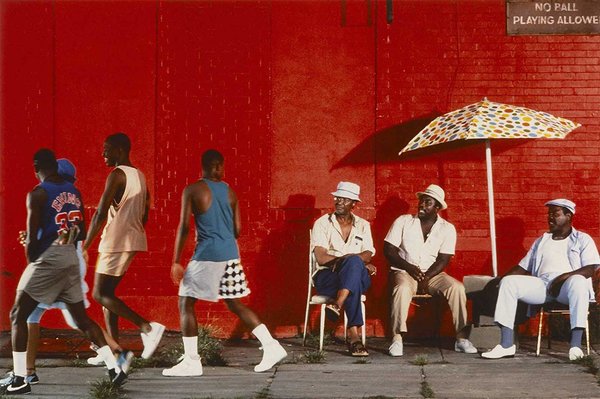 His dreams of an acting career began in childhood, but if he ever talked about them growing up, he would pretend he was joking, he said in a 1995 video interview.

“A mention of being an actor was like going to the moon,” he recalled. “If they had taken me seriously, I would have been run out of town.”

Mr. Benjamin made his stage debut in an early Shakespeare in the Park production, and his film debut as a bartender in “Midnight Cowboy” (1969). He appeared in Off Broadway plays including “Operation Sidewinder” and “Camino Real,” both in 1970.

Although he was a son of small-town South Carolina, he was often cast as urban characters in television dramas, among them “Starsky and Hutch,” “Police Story,” “Kojak,” “ER” and “Law & Order.”

Over the years he appeared in big-budget films alongside stars including Clint Eastwood (“Escape From Alcatraz,” 1979), Barbra Streisand (“Nuts,” 1987) and Richard Pryor (“Some Kind of Hero,” 1982). In 2003 he played a model-train hobbyist in “The Station Agent,” starring Peter Dinklage. His last film role was in “Occupy, Texas” (2016), an indie drama about a young slacker called back to his hometown.

Mr. Benjamin was a playwright as well. The actress Paula Kelly won an N.A.A.C.P. Image Award for her role in “Carrier,” a drama about South Africa he wrote in the mid-1980s.

Information on survivors was not immediately available.

After decades of acting, Mr. Benjamin seemed grateful for the opportunities he had had for expression. “The worst thing that can happen to a talent, an artist,” he said in the 1995 interview, “is for the talent and creativity to go to waste.”

28 Feb 20
DEATH in Paradise’s ninth season will draw to a close tonight. While the BBC drama…
TV & Movies
0