Alexander, 49, was joined by Pointless co-host Richard Osman, 48, to welcome four pairs of contestants on to this afternoon’s edition of the BBC quiz show.

As yesterday’s jackpot winners had walked away with the cash prize, it was up to today’s players to build up a cash total to play for in the final round.

The first round saw three of the four couples score near to nothing on the board, with several pointless answers adding money to the jackpot prize.

After bidding farewell to the first pair to leave, Alexander commended the remaining contestants on their ability at keeping their scores to a minimum.

“We’re down to three pairs and at the end of this round, I hate to say it, I’m going to have to say goodbye to another pair.

“But you all played so well in that first round, Alexander told the teams, adding: “It’s very hard to pick out who it might be.”

“David and Ian, are lowest combined scorers and Suzy and Dillan, very well done,” the host continued, but it was the latter pair who drew his attention.

In the previous round Suzy had managed to only add one point to her total, whereas Dillan had gained six points, giving them an overall total of seven points and placing them in second position.

With David and Ian scoring only two points in the previous rounds, Suzy and Dillan were going to have to focus to beat their competitors. 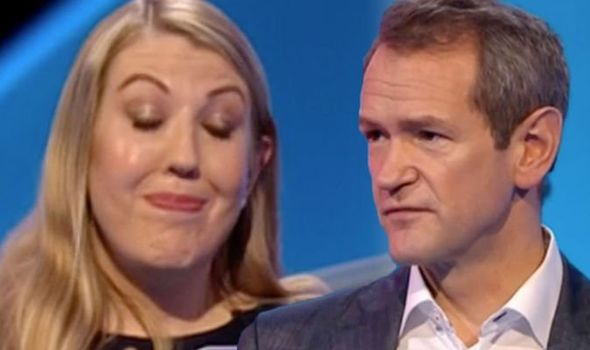 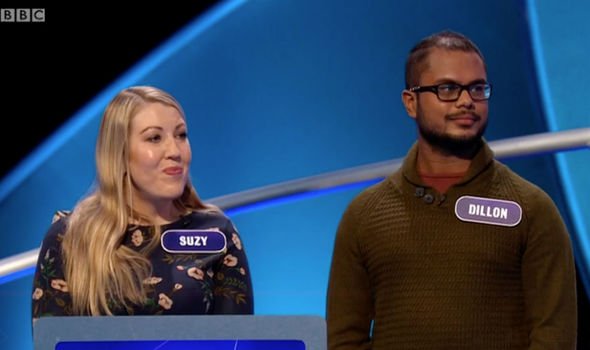 Commenting on Dillan’s score compared to his partner Suzy’s, Alexander quipped: “Dylan, six, I mean, a little bit of an embarrassing high score there.

“But there we are, it’s fine. Good luck with this round,” he continued, with both Suzy and Dillan chuckling away.

The pair managed to keep their stronghold and beat off both of the other teams to make it to the jackpot round.

Hoping to get their hands on the cash prize of £1,500, Suzy and Dillan hit a couple of false starts before securing success with yet another and final pointless answer.

On yesterday’s show, Alexander was left in disbelief as one pair of contestants hit a huge hurdle at a pivotal moment in the game. 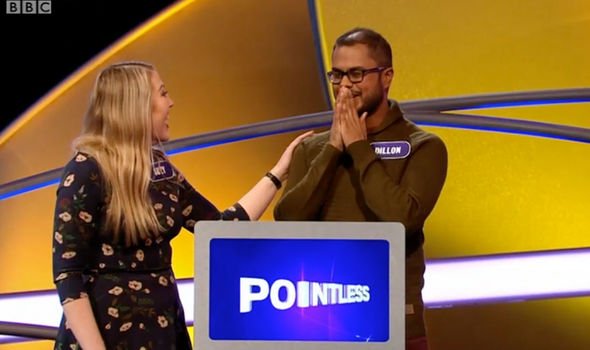 Before taking home the jackpot prize, students Ethan and Holly were dealt a question regarding Tennis personality Rafael Nadal, 33.

Although they were sure they’d got a pointless answer, there efforts were fruitless as they scored a total of 55.

Shocked by the revelation, Alexander exclaimed: “Ah no!

“But well done though! We applaud risk takers on this show,” the host reassured them after some groans of disappointment from the audience.

Pointless airs weekdays at 5.15pm on BBC One.