Eamonn Holmes: 'I was the Queen's favourite presenter'

On Thursday Morning’s instalment of GB News, Eamonn Holmes and Isabel Webster were broadcasting live from outside Buckingham Palace following the death of Her Majesty last week. During the show, the 62-year-old told his co-host he was Queen Elizabeth II’s favourite reporter.

During the news broadcast, the duo spoke to Kate Hardcastle on whether or not companies will have to reapply for a new royal warrant following the death of the Queen.

A Royal Warrant of Appointment is a documentation given to people who supply goods or services to the royal household.

Once the consumer expert had finished speaking to the presenters, Eamonn commented GB News would have been by royal appointment. 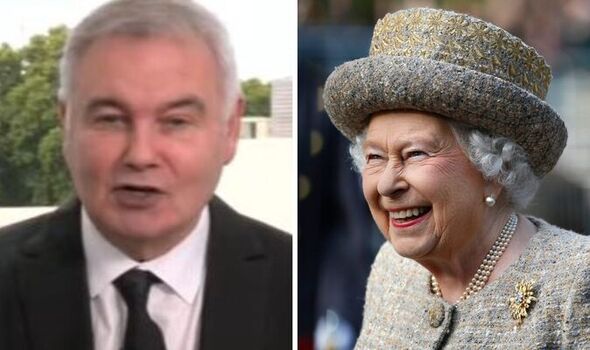 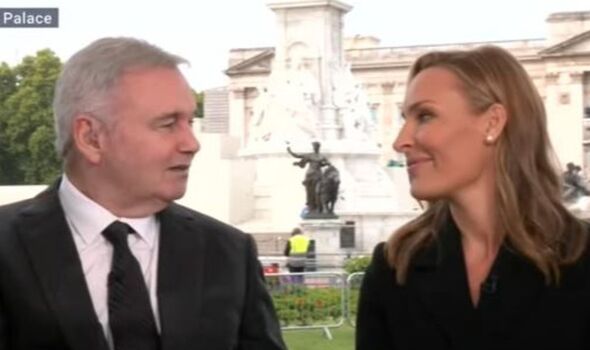 The news anchor revealed he believed it would’ve been given a royal warrant following a comment made by Prince William.

Eamonn told Isobel: “Will once said when I worked at Sky News, ‘Oh Granny will be pleased Eamonn’s doing the weather.'” 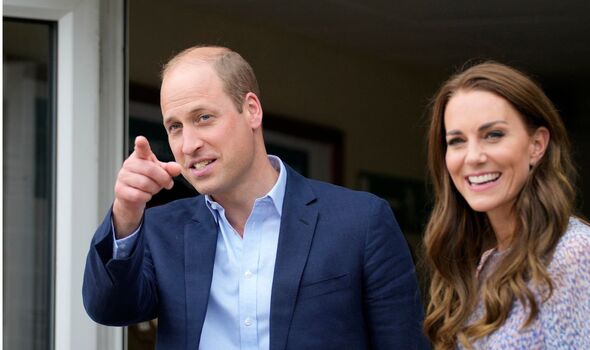 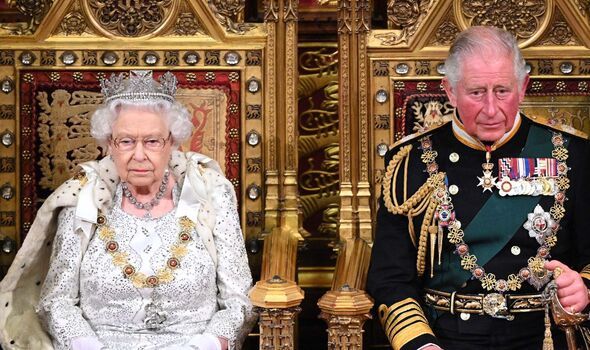 Pleased by the Prince of Wales’ past comment, Eamonn added: “I’m sure Huw Edwards might take exception to that or Kay Burley or Susanna Reid.

During their conversation with consumer expert Kate, she told the hosts there are currently over 600 brands that have a warrant from the Queen.

She there are also brands which have been given a warrant by the newly appointed King Charles III but those who had one from the late monarch must reapply.

She said: “They have to reapply after two years.

“They have two more years to use that warrant.”

During the segment on GB News, the show cut to the large queue of members of the public who are waiting to see the Queen lying-in-state.

On Wednesday afternoon, Her Majesty’s coffin was led out of Buckingham Palace via procession to Westminster Hall.

King Charles III led the procession on foot next to his siblings and sons Prince William and Prince Harry.

With her coffin now lying-in-state for four days, members of the public are able to visit and pay their respects to the late monarch.

This will end on Monday 19 September on the day of the state funeral.

In a procession, the coffin will go from the Palace of Westminster to Westminster Abbey where the funeral will take place.

GB News airs weekdays from 6am.