WHEN Giles Martin began working on expanded editions of Let It Be, his first task was to call Paul McCartney.

The producer son of late “fifth Beatle” George Martin knew Macca had mixed feelings about the band’s final album, released a month after they split up in May, 1970. 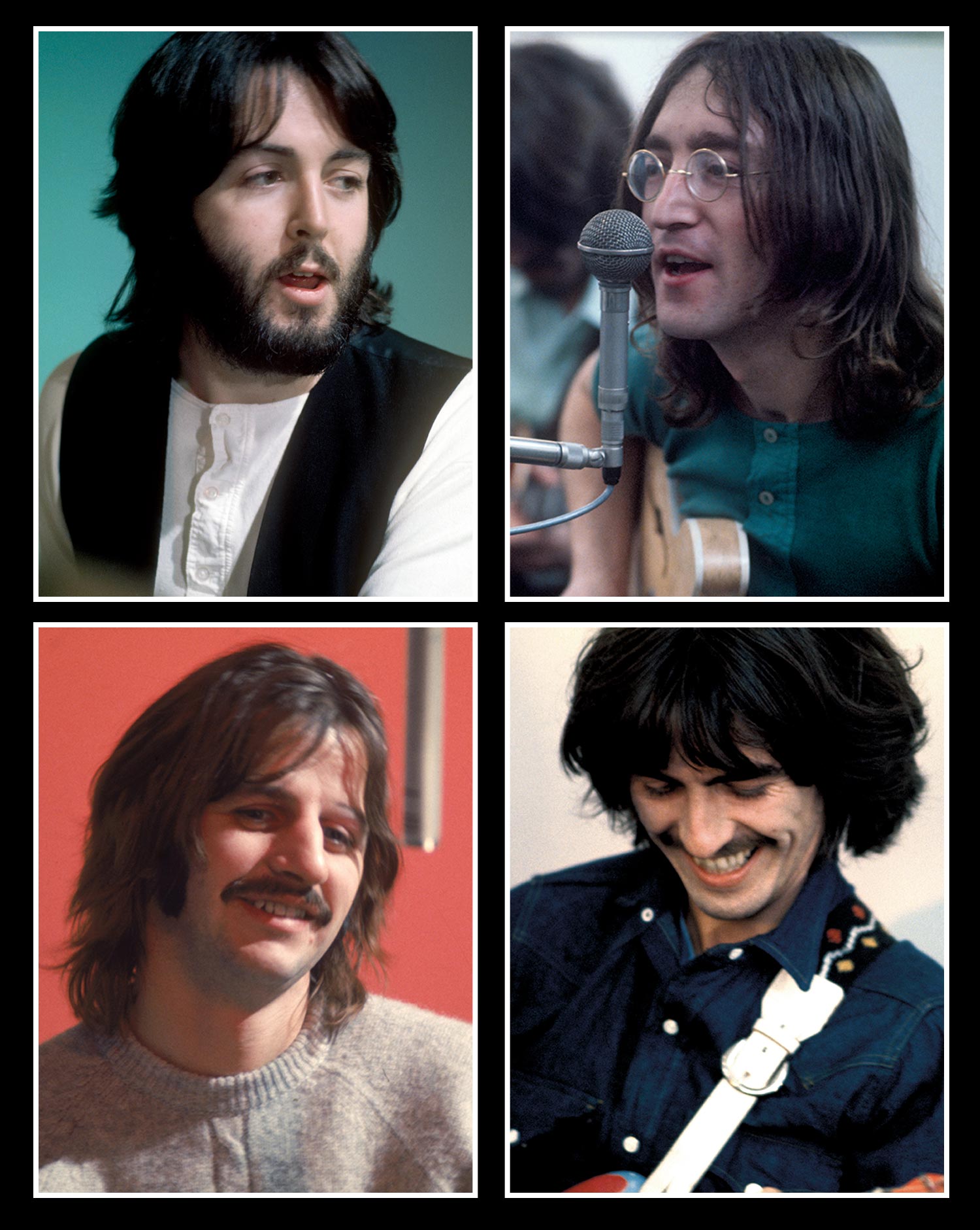 Giles says: “I phoned Paul and we met at Abbey Road. I asked, ‘What do you think about this project?’

“I said, ‘OK, I’ll just remix it,’ but then he goes, ‘Yeah, can you take the harp down on The Long And Winding Road because I never liked it!’”

For the past 51 years, McCartney has been dissatisfied with embellishments made by Phil “Wall Of Sound” Spector, his preference being the raw, stripped-back original recordings.

He even tried to veto the “enhanced” version of The Long And Winding Road with its orchestral and choral arrangements, but to no avail.

McCartney’s objection endured and, in 2003, he masterminded the release of Let It Be . . .  Naked, a pared-down version of the album with Spector’s work removed.

So when the time came to revisit the album for the 50th anniversary, the younger Martin was keen to secure the great man’s blessing before work could begin in earnest.

I’m meeting Giles at Abbey Road, where else, to discuss all things Let It Be in advance of the Covid-delayed remastered editions, The Beatles: Get Back book filled with transcripts and unseen pictures as well as next month’s epic three-part documentary by Peter Jackson.

This meant leaving in snippets of relaxed, friendly studio banter which give lie to a long-held belief that the sessions were gloomy affairs involving a band in its death throes.

Giles is pleased that his efforts, along with those of engineer Sam Okell, have received the thumbs up.

“Paul wants to show people Let it Be now, he’s really into it,” he says. “He thinks it is super cool because you can hear the band having a good laugh.

“He and Ringo wouldn’t be doing this if they weren’t into it.”

Following in the footsteps of Sir George, who died in 2016, Giles has been involved in the Fab Four’s back catalogue reissues for the past 15 years, going back to the seamless sound collage he created with his dad for the Love album and Cirque Du Soleil show.

You can hear the band having a good laugh

He accepts inevitable cries of nepotism but has since proved himself with sterling work on Sgt. Pepper’s Lonely Hearts Club Band, “The White Album” and Abbey Road. But he doesn’t see himself as keeper of the band’s flame.

“I don’t have to protect the Beatles legacy because, let’s face it, it’s secured anyway,” he says.

“I don’t feel as though I’m wearing a Beefeater outfit at the Tower of Beatles.

“I’m just the person who gets a really old car, takes it to pieces, polishes all the bits and puts it back together so it runs better.”

Giles is friends with McCartney’s daughters Mary and Stella and has established a great rapport with their Beatle dad.

The engaging 52-year-old, who keeps an office at Abbey Road, recalls the time “Paul came in and we played him Sgt. Pepper in the room next door.

Rather like McCartney, Giles is conflicted by Let It Be because it’s the only Beatles album that doesn’t give his father the main production credit.

His oft-repeated quip is “produced by George Martin, over-produced by Phil Spector.”

Ironically, Let It Be is the only Beatles album not primarily made at the Georgian town house studios in St. John’s Wood, London.

Just one track, I Me Mine, was recorded at Abbey Road (minus Lennon) a year after the so-called Get Back sessions at Twickenham Film Studios and Apple Studios at 3 Savile Row in the heart of London’s West End.

On its release, the album received patchy reviews, partly because it contained throwaway songs and what Giles calls “a hodge-podge of sources” . . .  three different studios and the Apple rooftop.

The whole process was complicated by the fact that film-maker Michael Lindsay-Hogg was capturing every note, every comment, for an accompanying documentary.

They missed my dad and Brian Epstein

Giles affirms: “They missed my dad and they missed Brian Epstein. (The Beatles manager who McCartney called ‘Daddy’ died from an overdose in August, 1967). They needed a sensible person, asking, ‘What exactly are we doing here?’

But he adds: “The irony is that they were having a lot of fun. You don’t sing Two Of Us, a Lennon and McCartney duet, if you hate each other.

“You get the sense they were trying to rekindle the magic, like let’s go dating again, but their circumstances had changed and they were no longer locked in a hotel room together.”

“The common perception is that the Let It Be album broke The Beatles but it really didn’t.

“We can’t get our heads round the fact that they made another album afterwards but which came out first (Abbey Road).”

Giles draws my attention to January 10, 1969, the day Harrison decided he was leaving The Beatles, only to return a week later.

“George gets fed up with being slightly ostracised and just leaves. So Lindsay-Hogg says, ‘Oh my God, this is the end of the documentary.’

“John and Paul are quite funny about it and they go, ‘No, this is just when it’s getting good’.”

Giles is intrigued by the abiding solidity of Lennon/McCartney songwriting axis, even at this late stage, which meant that Harrison had to go it alone with his efforts.

“George wasn’t part of the Northern Songs writing thing,” he says. “He had his own publishing outlet call Harrisongs.

“In the film, you hear John being quite acerbic when he says, Where’s Harrisongs?’ Of course, there are no Harrison/McCartney or Harrison/Lennon songs.”

Although it eventually morphed into Let It Be, the original idea that was an album called Get Back, engineered by Glyn Johns, capturing live performances of new songs and recapturing the rawness and energy of The Beatles’ early years.

Johns even mixed it for release only for The Beatles to reject it.

At least the much-bootlegged album is finally available as part of the new Let It Be deluxe editions.

As for the subsequent Let It Be album itself, here’s no doubting the stellar quality of several songs . . .  the title track, Get Back, Across The Universe and The Long And Winding Road.

Lennon’s One After 909 offers a slice of history because it was written in the late Fifties when he was a teenage wannabe.

They couldn’t get piano on roof

There’s also some merit to Two Of Us, Dig A Pony, I’ve Got A Feeling and Harrison’s For You Blue, all light-hearted in feel yet entertaining nonetheless.

But most Beatles aficionados agree that the slight Dig It and the tired cover of Maggie Mae are unnecessary.

McCartney actually left them off the Naked album while bringing in the powerful Get Back B-side Don’t Let Me Down.

The extras assembled for the new releases pose an intriguing question… what if all the best songs attempted at the sessions had actually finished up on Let It Be?

Harrison rehearses a half-formed All Things Must Pass and has a stab at what became one of his best loved songs, Something.

Lennon delivers an early version of his caustic Gimme Some Truth and Ringo premieres the jaunty Octopus’s Garden.

Just imagine completed versions of those alongside Let It Be’s best tracks. The album would be regarded as one of their classics.

Giles explains why this tantalising prospect never materialised. “The whole process from Twickenham to Savile Row was aimed at a live concert,” he says.

“That’s why my dad wasn’t involved and they weren’t at Abbey Road.

“George (Harrison) had these very complex, sensitive songs and was going in a completely different direction to The Beatles. He actually says at one point, ‘You’re not using my songs for this.’”

A further irony, suggests Giles, is that “Paul was starting to write big ballads like Let It Be and The Long And Winding Road.

He says: “They were only willing to travel up four or five flights of stairs for the show (to the rooftop) but realised they couldn’t get a piano up there for Paul to perform those songs.”

That said, there’s no doubting the astonishing power and quality of the performances that did light up London’s West End for an hour on January 30, 1969.

“There were no tricks and very little monitoring,” says Giles. “It’s cold and they were on a rooftop… but how good do they sound?

“The Beatles just got better as players, not worse. Listen to them on the Abbey Road album. That is them live, no click track.”

I ask if he can help explain why history has previously told us that the whole Let It Be saga is shrouded in acrimony.

“I believe it’s because it was their final album, released after they split up,” he answers.

“Suddenly the world was deprived of The Beatles. It was a cataclysmic event in pop history.

“There had to be a massive reason for this, more than them all wanting to go off and do their own thing,” he adds, alluding to the fact that all four put out solo albums by the end of 1970.

Although Giles’s father George had minimal involvement in the Let It Be sessions, you do catch glimpses of him in Peter Jackson’s forthcoming documentary.

This has had a profound effect on the Martin junior.

“It’s quite shocking,” he says. “I could see that my mannerisms are like his. He would have been younger than I am now but I look exactly like him.

Giles says: “I don’t think my dad liked the whole process. Let it Be wasn’t an album that he felt part of.

Paul said: ‘Take the harp down on The Long And Winding Road, I never liked it’

“He’s the guy in a suit or a polo neck. You can tell he didn’t think proceedings were very professional.”

By coincidence, Giles was born on October 9, 1969, the same year as the Let It Be and Abbey Road recordings. It also just happens to be John Lennon’s birthday.

“At the time, John said to my dad, ‘Now you know what sort of a***hole he’s going to turn out to be. That’s how I was born into the world.”

Pity the mischievous Lennon couldn’t let it be! 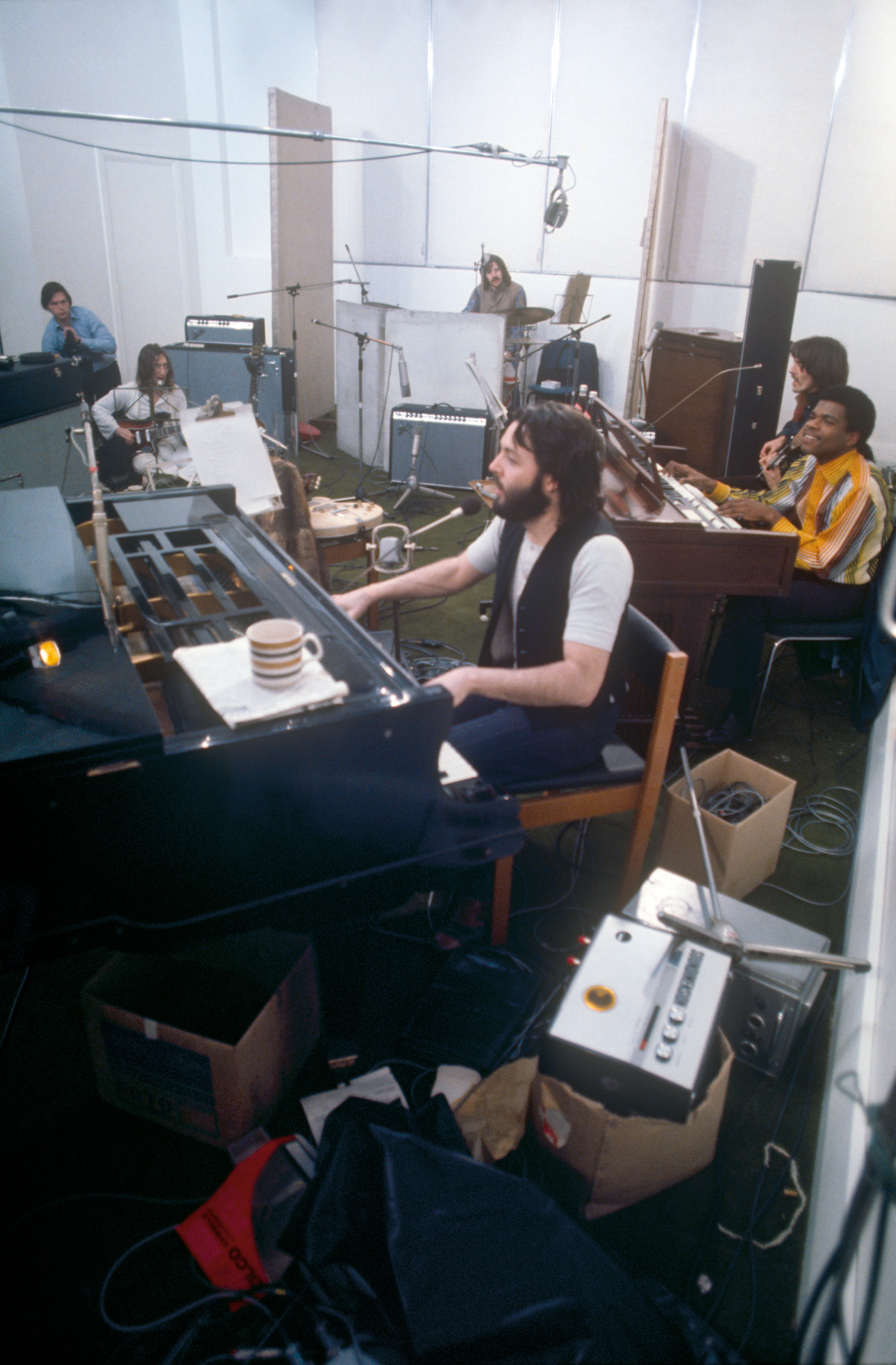 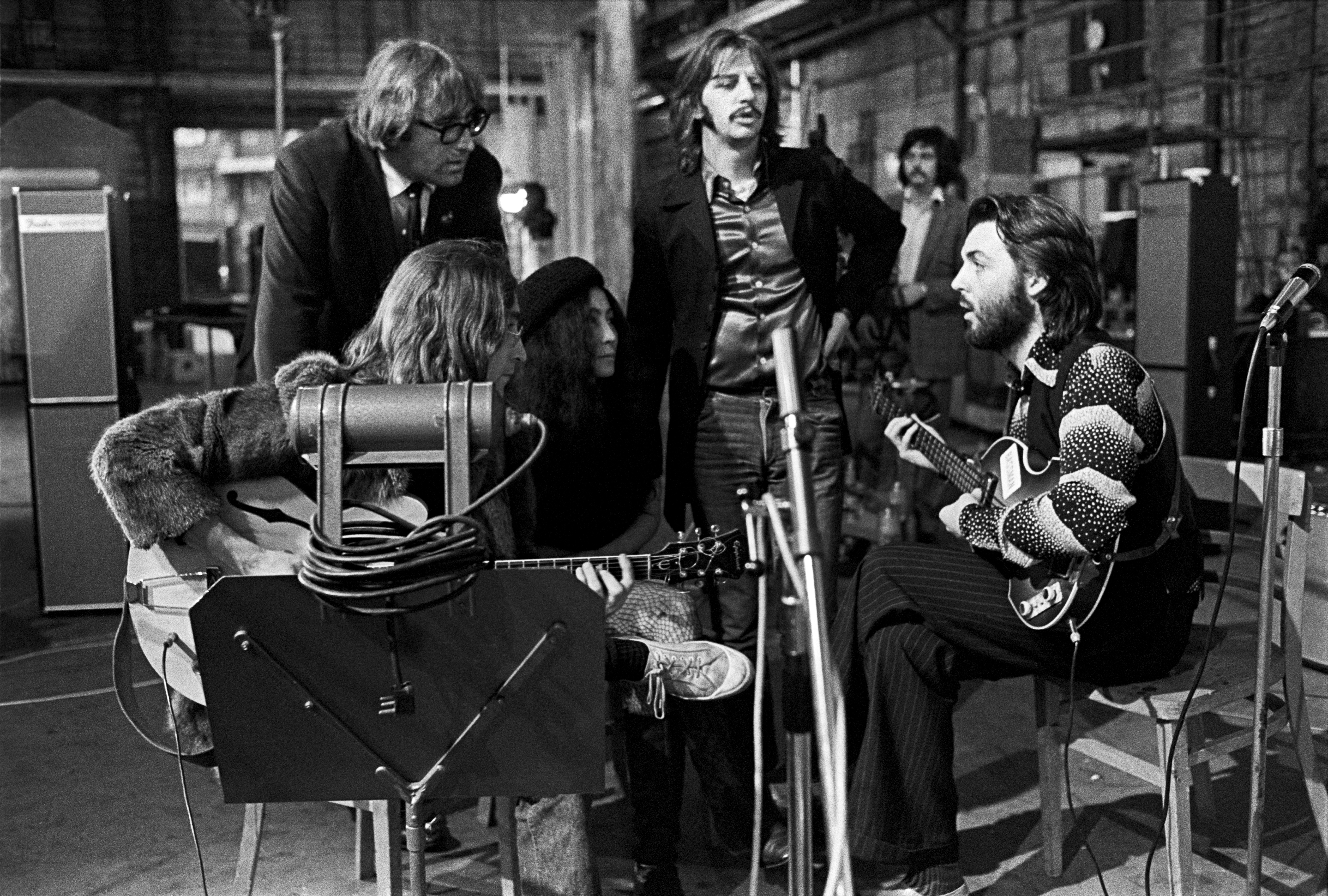 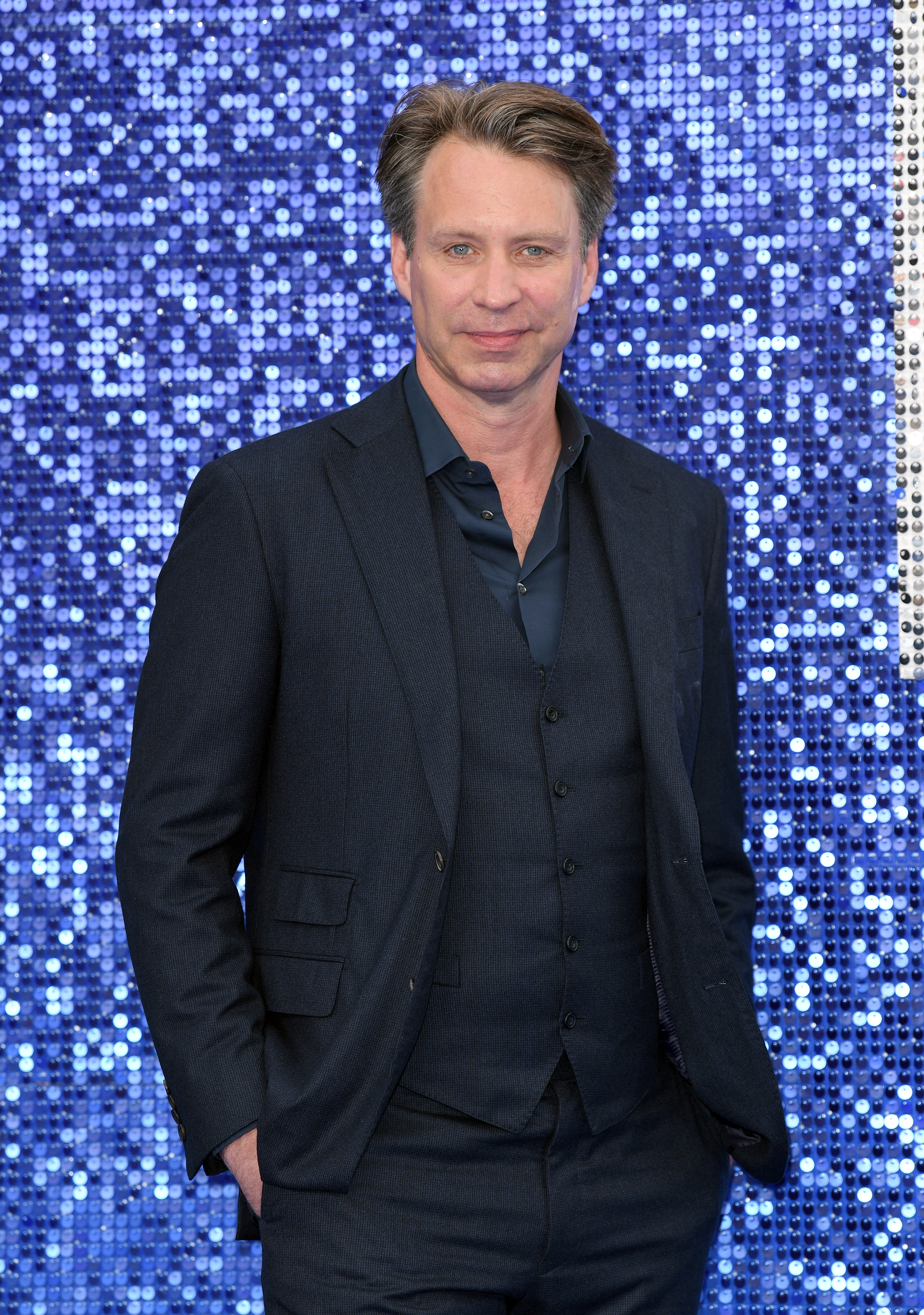 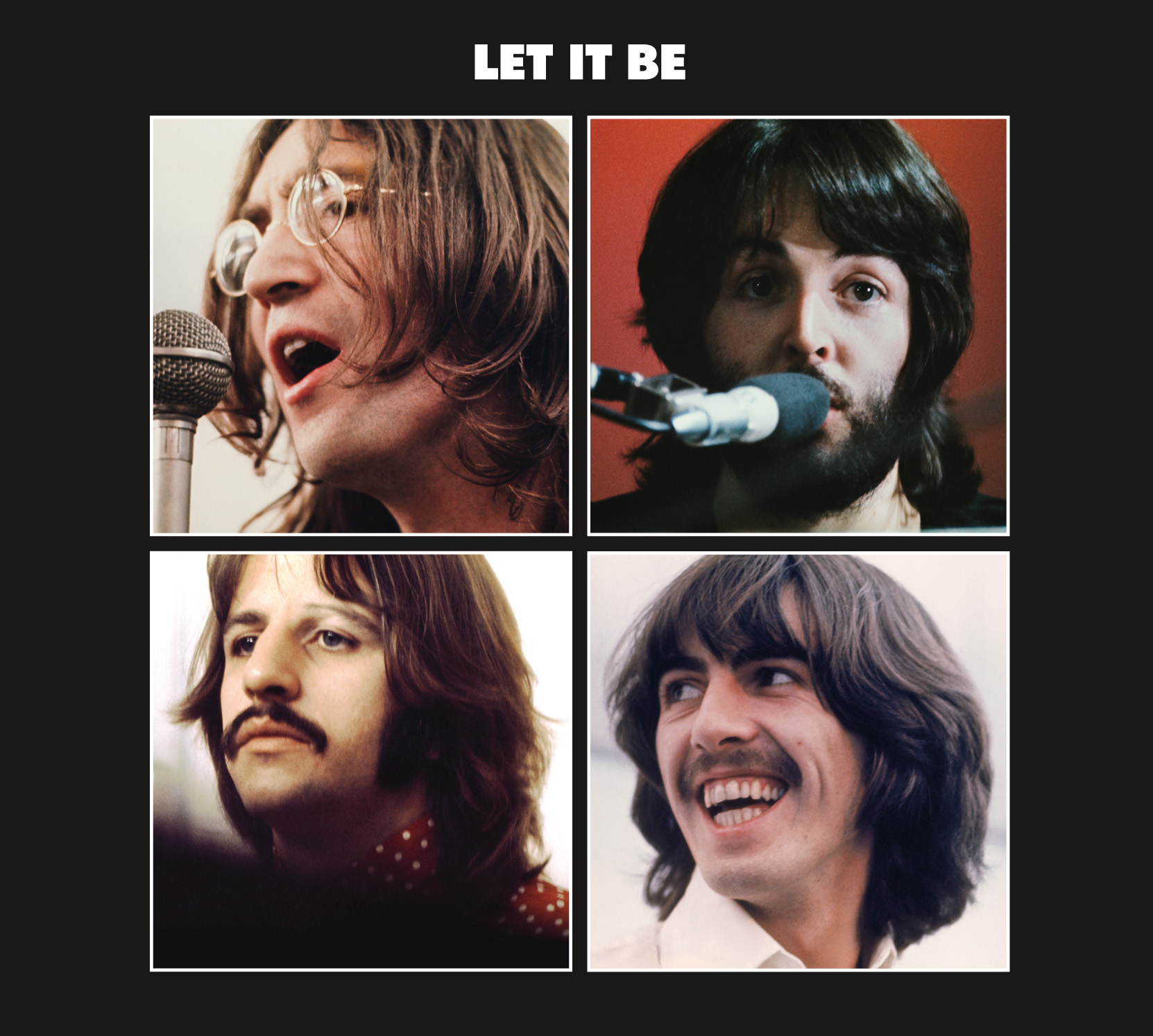 The Beatles – Let It Be (Special Editions) 14 Feb 21
HE is a top TV presenter, she’s a stunning model - together Paddy and Christine…
TV & Movies
0