IT is the end of the era as Annie Mac reveals she's leaving Radio 1 after 17 years.

The Irish presenter, 42, posted a lengthy explainer to her social media as to why she's leaving her iconic gig after almost two decades and revealed she wants to spend more time with her kids. 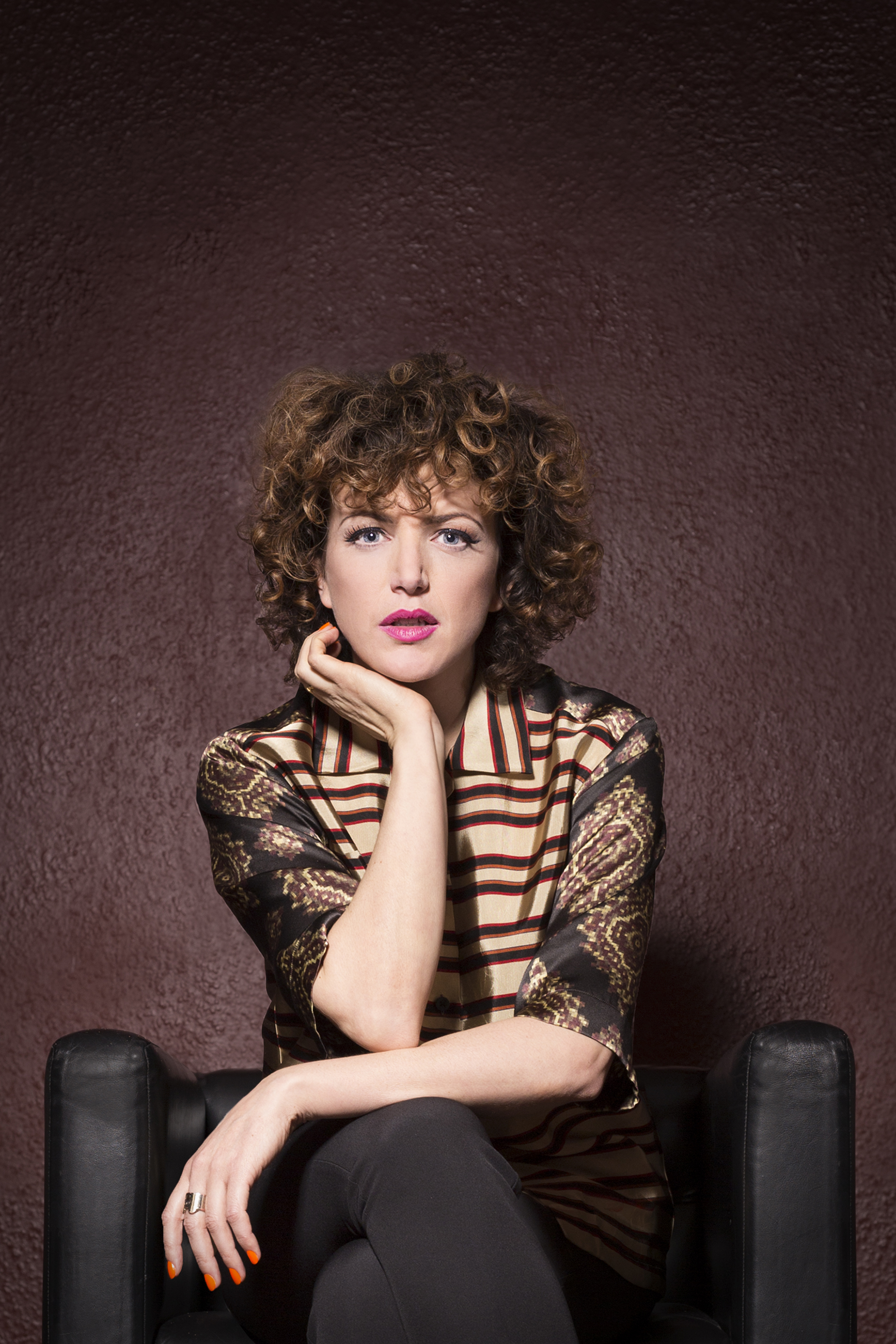 Her final show will air on July 30 this year, with Clara Amfo taking over her Future Sounds show.

Annie began her statement by reflecting on her time on the BBC radio station including starting in 2004 with Annie Mac’s Mashup on Thursday evenings.

She then moved to Friday nights and co-hosted Switch with Nick Grimshaw on Sunday nights, followed by fronting The Musical Hot Water Bottle.

"Since March 2015 it has been every weeknight with the flagship new music show," she wrote. 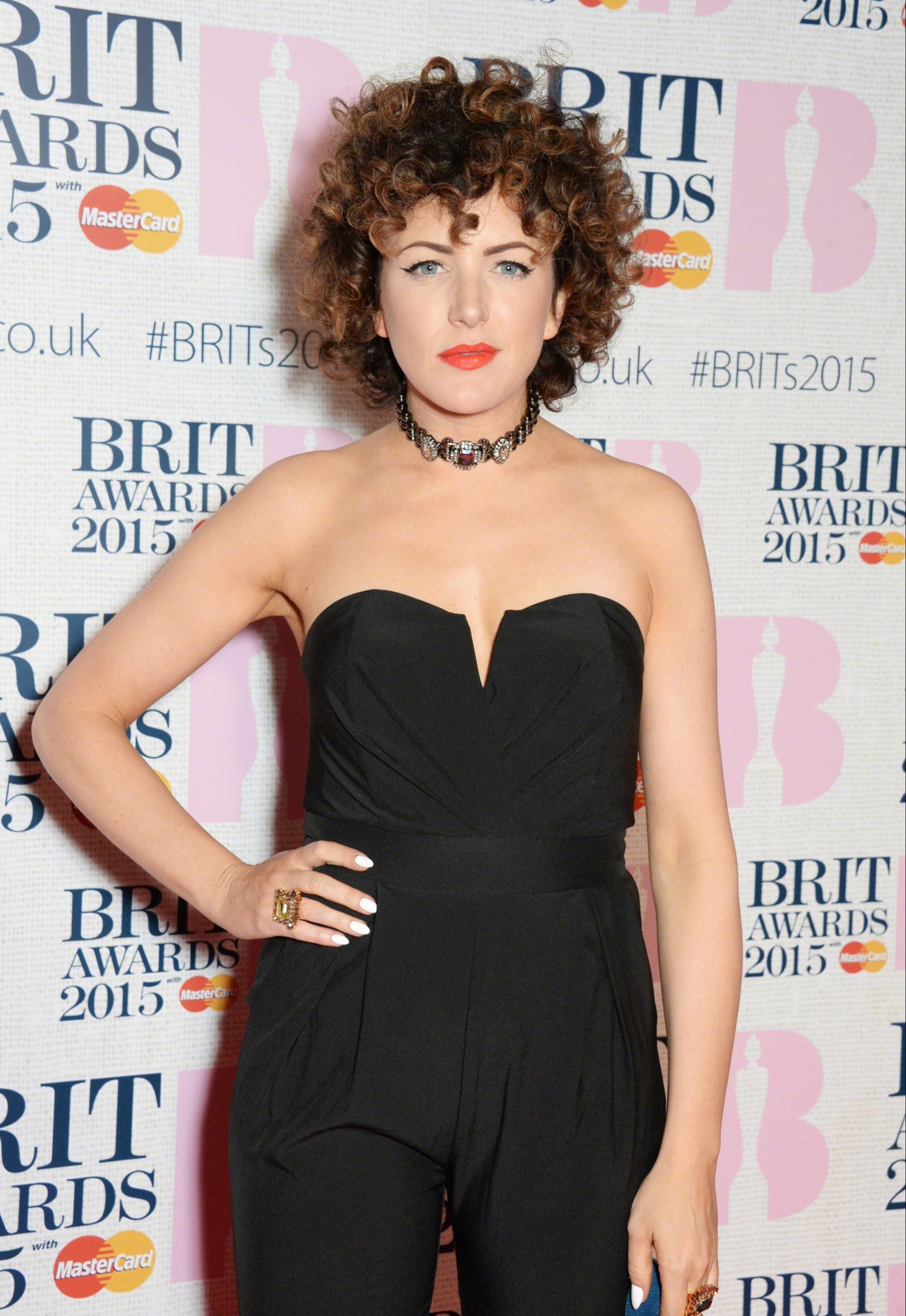 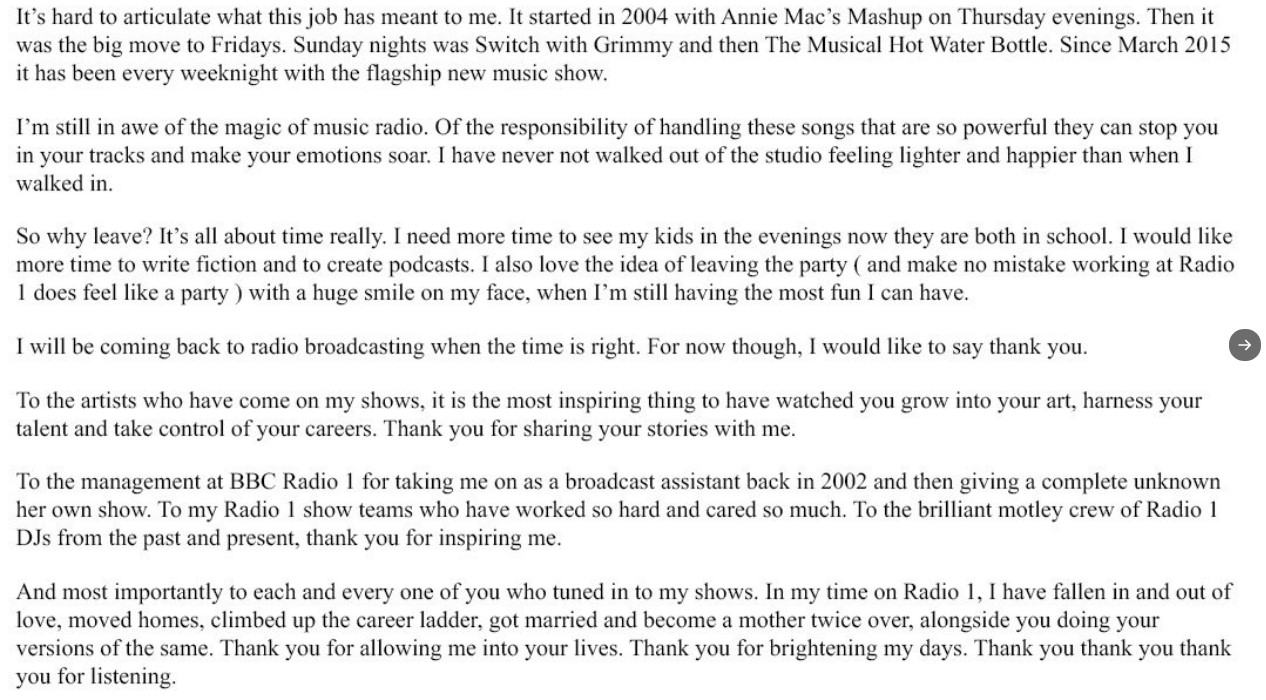 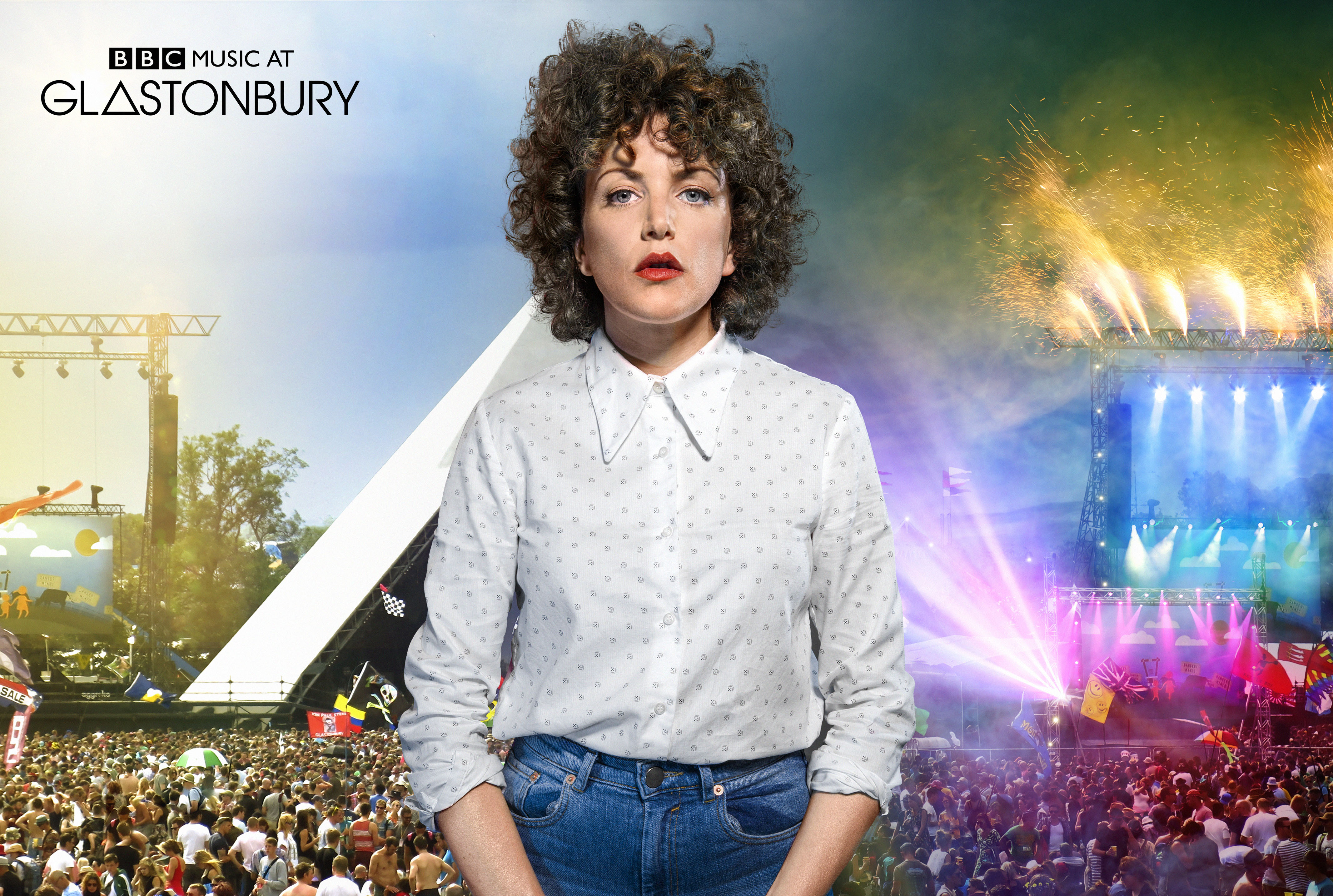 "I’m still in awe of the magic of music radio. Of the responsibility of handling these songs that are so powerful they can stop you in your tracks and make your emotions soar. I have never not walked out of the studio feeling lighter and happier than when I walked in."

Annie then explained "it’s all about time really" as her reason for leaving.

"I need more time to see my kids in the evenings now they are both in school," she wrote.

"I would like more time to write fiction and to create podcasts. I also love the idea of leaving the party ( and make no mistake working at Radio 1 does feel like a party ) with a huge smile on my face, when I’m still having the most fun I can have." 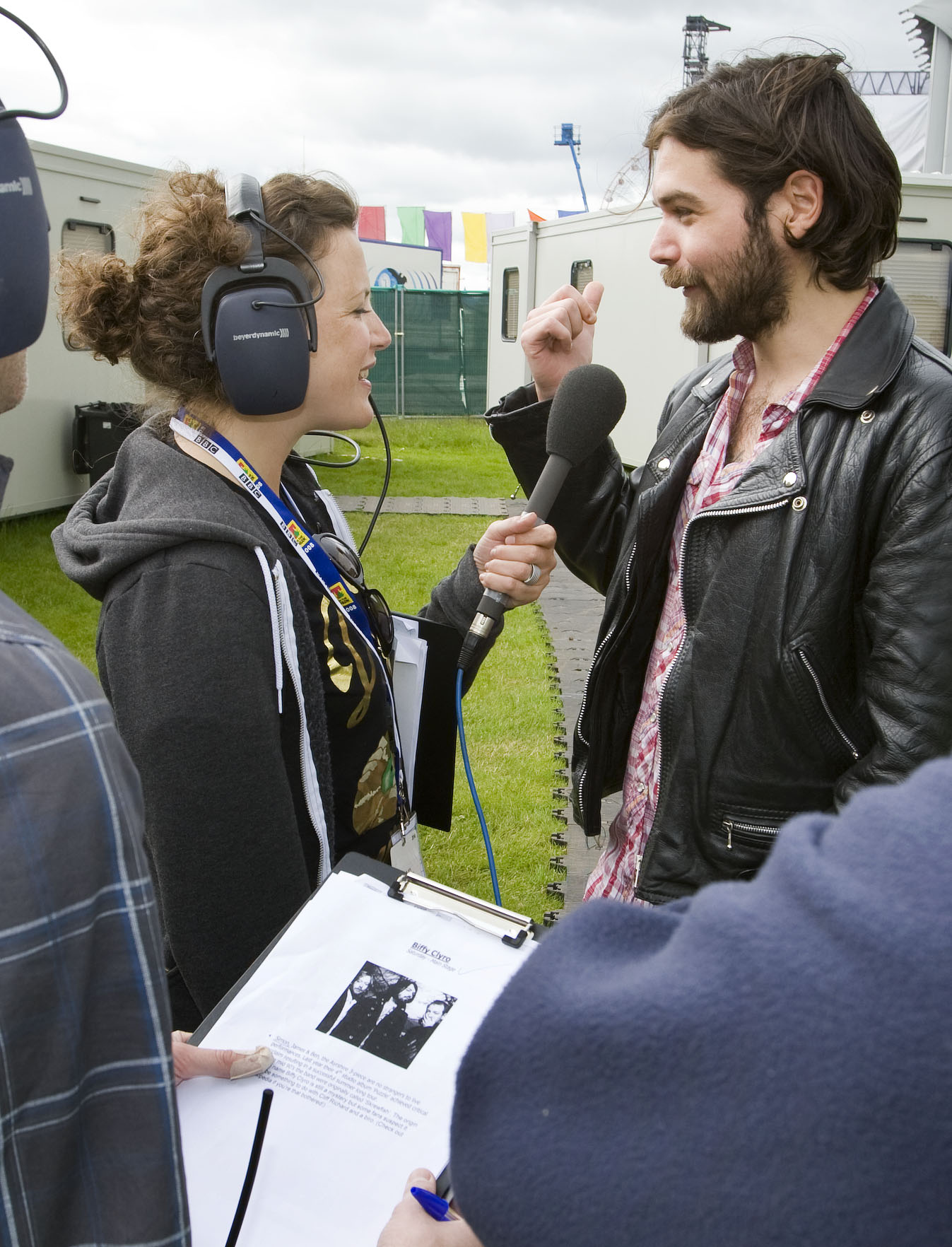 She promised to come back to "radio broadcasting when the time is right" and thanked her fans, BBC Radio 1 management and presenters, and artists who appeared on her shows.

"And most importantly to each and every one of you who tuned in to my shows. In my time on Radio 1, I have fallen in and out of love, moved homes, climbed up the career ladder, got married and become a mother twice over, alongside you doing your versions of the same," Annie said finishing her announcement. 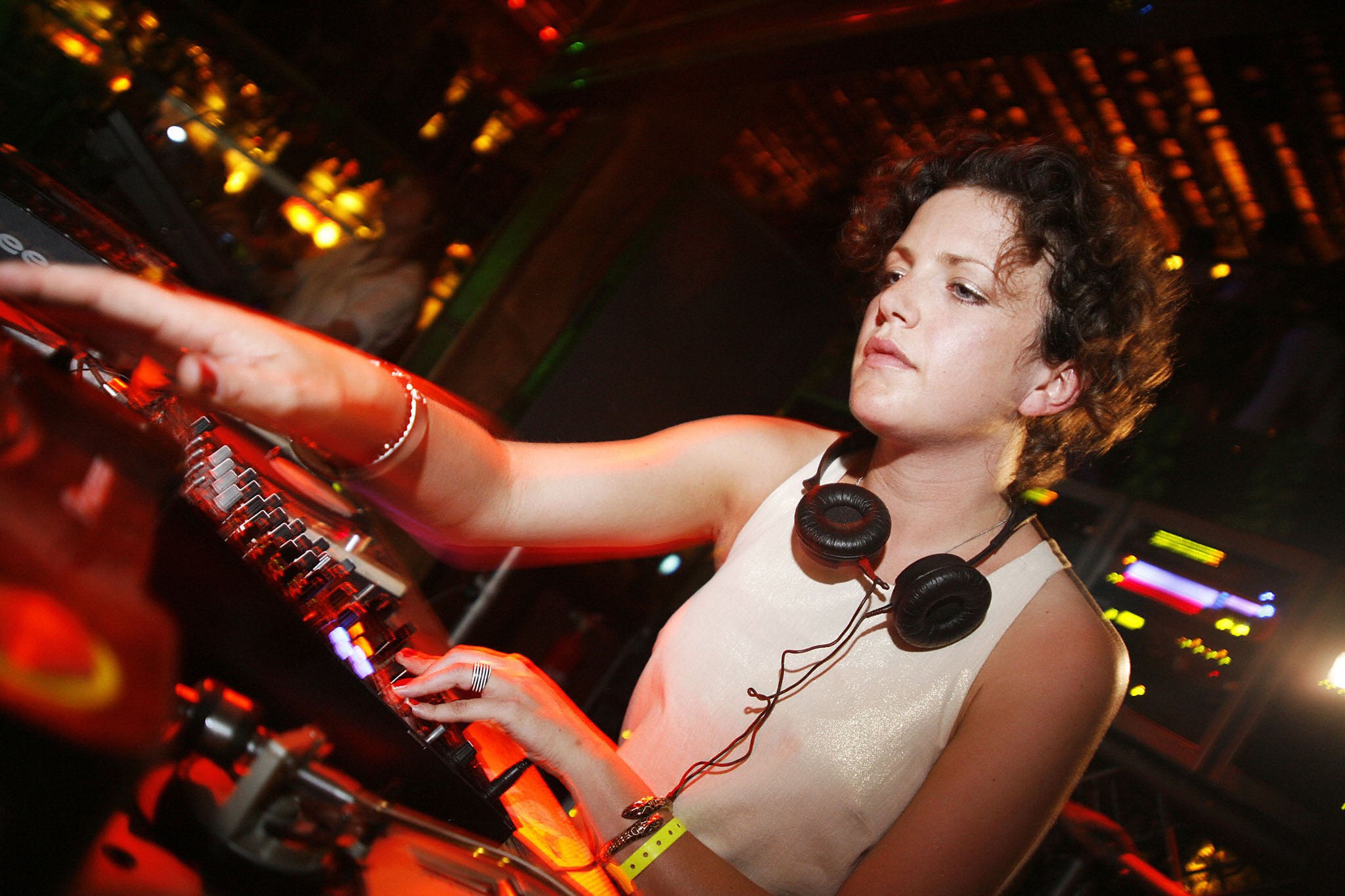 Fans and colleagues rushed to both commiserate on her decision and congratulate Annie on her fantastic career. 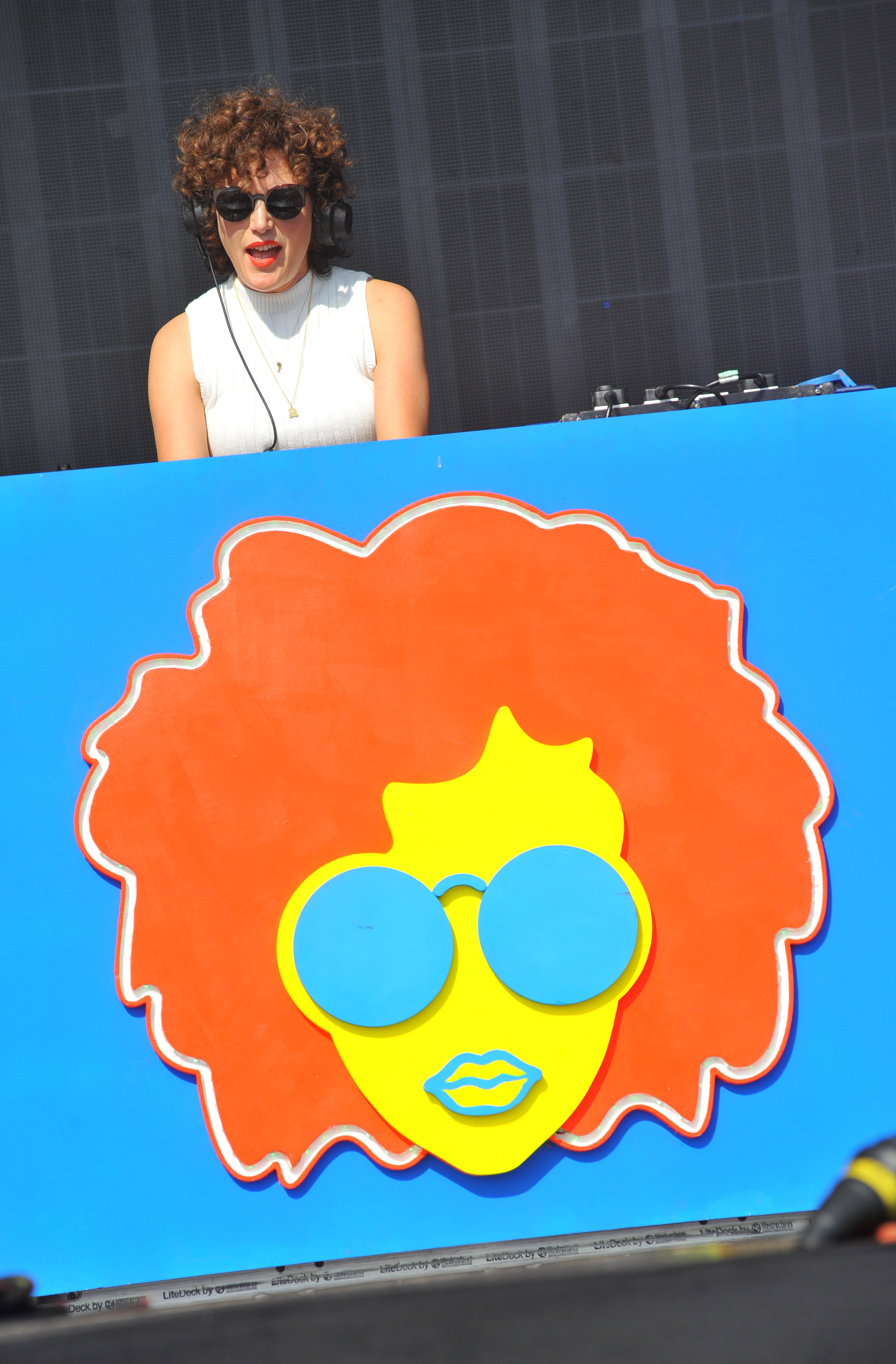 BBC Radio 1 presenter Vick Hope wrote: "A legend and an inspiration, thank you for the music Annie 🖤"

Radio DJ Benji B wrote: "One of the greatest broadcasters I’ve ever watched work or listen to and that’s just the radio part – an inspiration who shows us that it really is possible to do it all.

"Love you Annie you are an absolute don. Congrats on your new chapter and thanks for being the glue and the energy much love ♥️"

Ricky, Melvin and Charlie will take over Clara's daytime slot – which includes the Live Lounge – in the scheduling shake-up.