What is Anderson Cooper’s net worth? 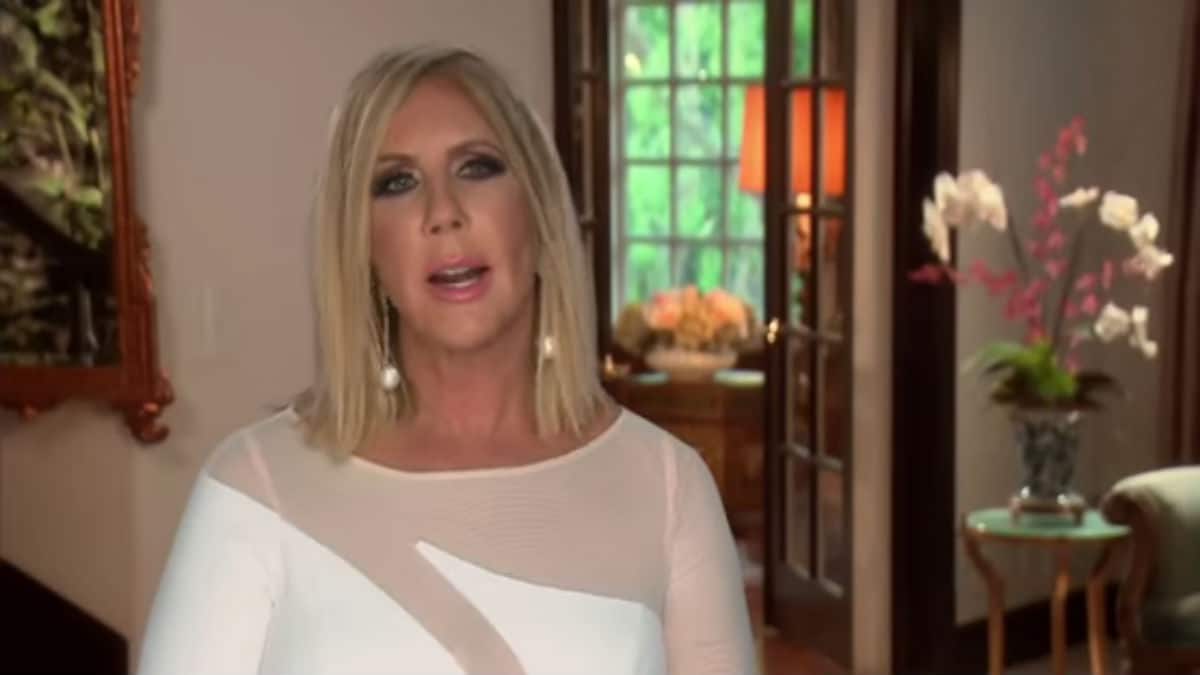 Even though Vicki Gunvalson was not on-screen during the Real Housewives of Orange County tonight, the OG of the OC still managed to be a part of the night. Vicki posted a picture on Instagram of a bouquet of flowers sent by none other than Andy Cohen in honor of the RHOC premiere.

Andy sent Vicki a lovely bouquet of yellow tulips —  the flower of cheerful thoughts — along with some green mini hydrangeas. However, the picture focused on the notecard that came along with the flowers.

“There wouldn’t be an OC without Vicki G love, Andy,” the note read.

While Vicki was ultimately grateful for Andy’s kind gesture, she still managed to throw in some shade about her fallout with Bravo.

“Thank you [Andy Cohen] for the incredible flower arrangement,” she wrote in the caption of the post. “After 14 incredible (& some not so incredible) years on Bravo, it’s nice to be acknowledged on the launch of RHOC tonight. #thankyou #gonebutnotforgotten.”

Many fans took to the comments to send their love to Vicki and expressed how much they were going to miss her during the premiere. Some even said that they wouldn’t be watching the show without her. 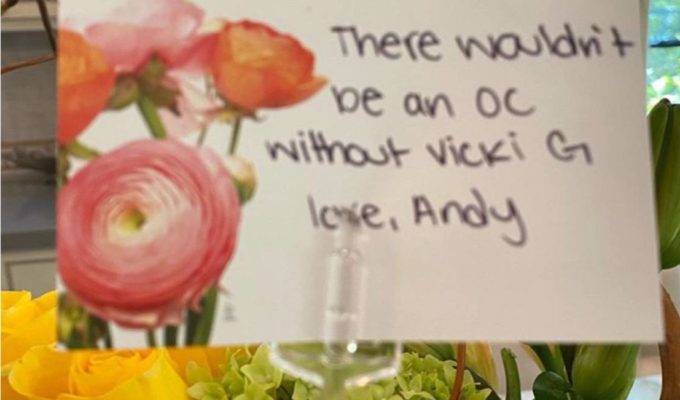 Vicki hadn’t been afraid to go at it with Andy during the reunions, but their relationship got more contentious when Vicki was demoted to a Friend role for Season 14.

Things took a turn for the worse when she made the decision to leave the franchise over financial disputes. She even invited him onto her podcast to challenge his decision.

When Vicki announced her departure from the show, some fans took jabs at Andy and she took the bait.

“[Andy Cohen] really didn’t have your back this reunion. @Andy,” one user commented on Gunvalson’s tweet, to which she replied, “No HE didn’t! Very telling to say the least. Shouldn’t have stayed as long as I did.”

Vicki thinks Season 15 will be a mess

Vicki threw shade at RHOC Season 15 the day before its premiere, calling it a “big joke.”

“This season is chalking up to be such a big joke and I am happy to say I’m no longer a part of this hot mess,” Vicki said.  “You have Kelly Dodd mocking COVID and wearing hats that say ‘Drunk Wives Matter,’ you have Boring Wind and her ‘modern marriage’- whatever that means, you have the miscasting decisions that were Emily (Simpson) and Gina (Kirschenheiter), and you have wackadoo Shannon who really needs to check her ego and remember where she came from, where she started, and who was there for her all along.”

Who doesn't want to basically copy everything Jennifer Aniston does? After all, the actress is obviously doing something right —...